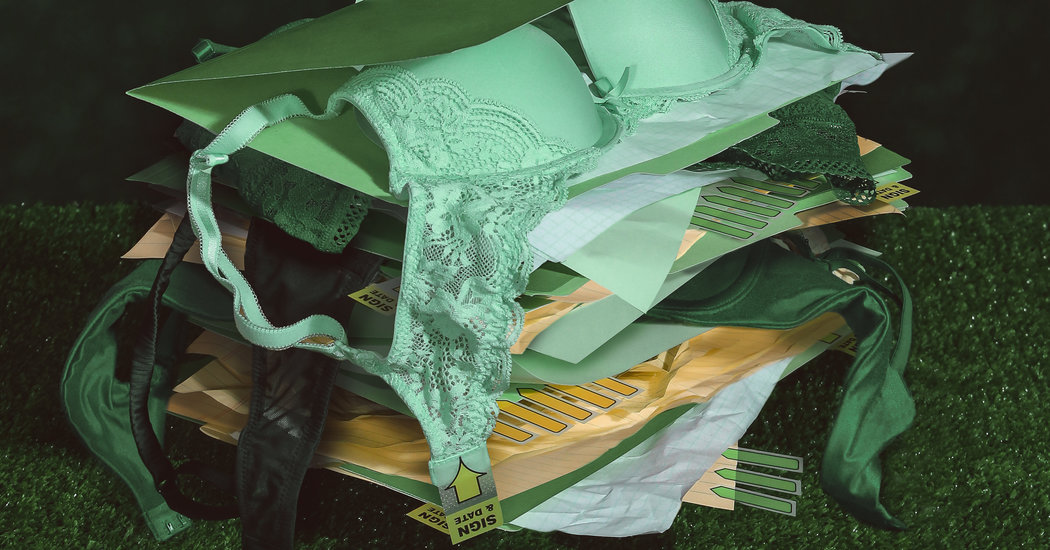 Bring on your questions about work and life to workfriend@nytimes.com. Include your name and location, even if you want them withheld. Letters may be edited, and responses may make you sad.

My Boss Has an Anatomy

I work for a local government agency in a professional office setting. My boss is a young, attractive woman. She has been incredibly gracious and generous to me and I am truly grateful for the opportunities I’ve been given. It’s because I’m so grateful that I’m even considering taking any action in this situation. The other day, she was wearing a fairly low-cut shirt that exposed quite a bit of cleavage. Additionally, the shirt was see-through from certain angles, exposing even more of her chest and bra. This is not the first time she has shown what I consider to be an inappropriate amount of cleavage for a professional setting, but it’s the first time I noticed her wearing a shirt that she surely didn’t realize was partially see-through.

I like to think of myself as someone who’s very honest with those he cares about, and I certainly care about her, but am very reluctant to do so for numerous reasons that should be obvious. Additionally, who am I to say what is and isn’t appropriate for a woman to wear at work? But I can say that she seems to be wearing more revealing tops than the other women in the office. Help!

Women reading this will be that gnarly combination of validated and irritated to hear that it’s true that men in the office are actually absolutely always thinking about what you wear. Too tight, too low, too frumpy, too unseasonal, too spicy, too chesty? Not only have we passed a judgment, men tend to share it with others or enact it in worse ways (hello, review and bonus season).

I wish women could know what it’s like to possess a male opinion — like a Tiresias but for “actuallys” instead of orgasms. The compelling power of male opinion is too great! It’s intoxicating to constantly spew nonsense and be rewarded!

This fellow seems decent and good-hearted. I will even praise our letter writer for holding his tongue so long despite his constant craving to warn his boss that her sternum is just too much.

Your gift to your wonderful boss for 2019 is that you will continue to go on with your life, secure in the knowledge that she has already thought plenty about which parts of her body are secret and which parts are not.

You Can’t Beat Them (You Will Be Arrested)

What are your thoughts on friends who leave high-paying jobs to pursue their creative dreams, then end up broke and complain about it?

Obviously, we must all tell them to shut up and get back to work on their canvases and scripts. I thank these folks every day for keeping me on the straight and narrow. As a chronic quitter, I’m the most likely to blow out of Dodge and suit up for a six-month bike trek down the Continental Divide or a nine-month woodworking apprenticeship, only to end up an incompetent waitron in Silver City, N.M. But now we have Instagram, and we can spy on our sad, failed basket-weavers together.

Time, though, will have the last laugh on all our choices. A great novelist is one who quit his job in time; a failed painter is just one who hasn’t died soon enough.

Can Bosses Be Right?

I’m a consultant. In the consulting field, underlings such as myself report to multiple bosses. One of mine happens to be a terror of the Nth degree — everything from hyper-combative meetings (when we’re supposedly on the same team) to public slaps on my wrist for mega-trivial “mistakes.”

I don’t often ruminate over my workplace, but when I do it involves her, and revenge, and it’s unhealthy. I’m the office new guy, midcareer, generally liked but still on probation; she’s a senior lead, and everyone knows she’s nuts. Do I approach her head-on and ask to be taken off all her projects? In the name of utilization, this would be frowned upon. Do I tell a different superior that I can’t handle her petty tyranny? Side note: My office is the most passive place in America.

What if she’s right? What if she’s telling you that your values — which are creating mistakes that are supposedly “mega-trivial” — are clearly not the values of the people who are paying you? You’re the problem.

Another solution: You should quit your job and bike down the Continental Divide or take a nine-month woodworking apprenticeship. You seem lost in the maze.

How to Get Revenge

I am now 68 years old and am about retire after 45 years in the work force in various fields. I still think about getting some kind of revenge on co-workers, customers, clients and supervisors who’ve given me trouble over the decades. Because I didn’t want to jeopardize my professional life, I avoided any kind of trouble, but I believe now is the time to get revenge on them. (My Sicilian friend says revenge is a dish best eaten cold anyway.) The trouble is, I have forgotten the names of all these people. What can I do to give me some satisfaction?

I recently had someone do me really dirty, as happens in this world from time to time. (To be fair, I have absolutely done things to people that felt terrible and nonsensical to them.) I considered the ways in which I would put this dirty-doing person on my enemy list for good. Would I undermine them now? Would I wait years? Would I put them on blast in public? Already, though, both my will to make a revenge and my ability to remember this person’s name are slipping away …

Like you, I don’t have a handy diary or a good memory. My revenge list is blank thanks to my incompetence at grudge-accounting and also my mental frailty. My greatest enemy from the 1990s could embrace me at a party and I wouldn’t have a clue.

So as much as I would also enjoy devoting my silver years to long, “John Wick”-ian episodes of bloodthirsty revenge, there are crueler and yet more productive things we can do. Take your passion and invest it in undermining the values of your enemies. Were they racists? Go tutor immigrants in English. Did they mock your faith? Volunteer at Sunday school. Were they prigs? Go out and overtip exotic dancers. Find the one thing that would make them cry into their pillows and do it with glee.

Choire Sicha is the Styles editor of The Times. Write to him at workfriend@nytimes.com.