Wine School: Port’s Dilemma: ‘Before Dinner Is Too Early; After Too Late’ 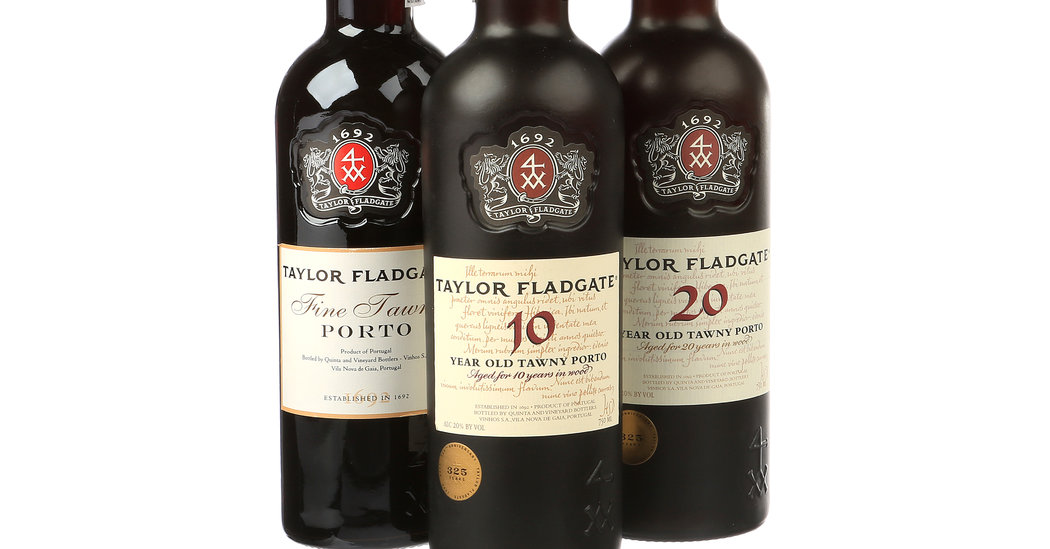 For many Americans, wine is something to be studied rather than felt.

Of course, wine is an alcoholic beverage, and plenty of people drink it for exactly that reason, paying little attention to anything beyond a pleasant flavor and an enjoyable buzz. But for those who have decided to plunge deeper, wine often becomes a course of study, a subject to be mastered.

We practice tasting wines blind in order to divine their identities, narrowing down the options through careful deduction. We memorize places, people, soil types and grapes. We take courses in “wine appreciation,” so that we are equipped to comprehend it in all its aesthetic glory.

Yet the intense attachment many people feel to certain wines is powerfully emotional. Our taste is personal, and woe to anyone who would seem to demean another’s favorite.

Here at Wine School, we try to recognize both sides of this equation. We believe that a better understanding of where wine comes from, who made it and why leads to deeper pleasures in its consumption. That’s why we are called Wine School, after all.

But we never want to underestimate the emotional relationships people develop with wine, and the passions that great wines inspire. These feelings motivate us to want to learn more about winemaking, though these sentiments are dismissed sometimes as romantic, or unworthy.

I have been thinking about wine’s appeal to both the intellect and the heart as we have examined tawny port over the last month. In introducing the topic, I confessed that I rarely drink port, maybe once a year, which drew sniffs from a few readers.

“I am glad you are revisiting port, but then you are kind of giving it a backhanded slap at the same time,” wrote Jason Carey of New York. “You only drink it once a year because it’s not versatile? I love it.”

I suppose the notion that I don’t drink port more regularly might seem insulting, but I was simply being honest about my own habits. I would prefer to think that I was conveying respect for port’s long history as a great and coveted wine by wondering why I was so rarely drawn to it.

It’s possible to understand intellectually that a wine is superb and delightful in its own right, and yet rarely be motivated to drink it. For me, port is a perfect example. By looking at tawny port this month, my ulterior motive was to re-examine my own feelings about it, and to see whether port might have a greater role in my own drinking life.

The idea of choosing the same producer was to focus on the wines and, if you drank more than one of them, to consider the effects of aging, while eliminating variables that might be introduced by comparing ports from multiple producers.

WHILE SOME FORTIFIED wines produced around the world may be called port, authentic port comes only from the magnificent Douro Valley of Portugal, one of the world’s most beautiful wine regions, inland from the city of Porto, from which the name of the wine is derived.

Port is as much a British invention as a Portuguese wine. Back in the 17th century, when conflicts blocked Britain from importing French wines, many merchants went to Portugal in search of substitutes. Taking a liking to the strong, dark wines from the Douro, the British added brandy to the wine to stabilize it for the ocean voyage home. This process of fortification results in a wine that is generally about 20 percent alcohol, 50 percent more than most still wines, which may be 13 or 14 percent.

Port can be made from dozens of different grapes, though practically speaking most ports are made from five varieties: touriga nacional, touriga franca, tinta barroca, tinto cão and tinta roriz, which is better known by its Spanish name, tempranillo.

While many styles of port are made, they essentially break down into two groups: those, like vintage port, which are aged for years in bottles, and those like tawny, which are aged in barrels. The responsibility for aging vintage ports is left to the consumer, while tawny port is aged by the producer and is ready to drink at the time of purchase.

Vintage ports may require decades of aging before they are ready. Taylor Fladgate’s Fine Tawny (at $17, the least expensive of the three ports I recommended) requires less than three years in barrels before it is bottled, indicating that its base wine is much less tannic than the wine used to make vintage port.

Like white or ruby port, other easygoing port styles, the Fine Tawny was light and frisky, sweet and unpretentious, with flavors of herbs, nuts and dried fruit. In a strong light, I could see the browning edges of the ruby-colored wine, faint evidence of tawniness, but it was really just a young port. I thought it was best with an ice cube in a glass, served as you would a tangy, refreshing aperitif like vermouth.

The 10 Year Old was different. The decade of aging has given it a moderately tawny color and a softer, less sprightly and more complex set of flavors. It was herbal and nutlike, with flavors of fruit cake and dried fruits. But this port also took on a slightly savory, saline flavor that Martina Mirandola Mullen of New York likened to a brininess derived from the sea.

Now we come to the 20 Year Old, which to me is the ideal tawny port and has always been my favorite. It was far mellower than the 10 Year Old, still quite sweet but much more complex, with caramel, chocolate and mineral flavors in addition to the dried fruit, nuts and herbs. This is the proverbial contemplative drink for sipping in front of the fire.

Sadly, I don’t have a fireplace at home. Nor do I often have a place for port, which says more about my habits than my feelings about port. If I’m at home, I like to drink wine with dinner. By the time I’m done eating, I’m usually done drinking. I love port with cheese — I especially liked it with Ossau Iraty, a hard sheep’s cheese from the Pyrenees, though two-year-old Cheddar and the time-honored pairing, Stilton, also work.

But I rarely eat cheese after dinner, or before, although I do have it occasionally for a quick lunch, not the best time to consume port.

Readers gamely tried port in a variety of ways, drinking it through dinners, sipping it with cheese and desserts or enjoying it alone. As Michael of White Plains, N.Y., said, “Good tawnies don’t really need an accompaniment.”

Mr. Carey, the port lover, agreed. “Yes, it’s sweet and strong,” he wrote. “So you only drink a couple of ounces, but I prefer this to many actual desserts.”

Well, I don’t often eat dessert, either. I’m afraid port often falls into a category of things that I enjoy but don’t often have a place for, like good whiskey or a cocktail. It’s a pretty rare situation where I will opt for either over another glass of wine.

“Before dinner is too early; after is too late,” said Dan Barron of New York, summing up the dilemma.

I hope that does not translate as an insult, though I imagine some people might take it that way. From a critical point of view, it’s a far different thing to praise a style but drink it rarely than it is to criticize a style as imbalanced, overbearing or somehow flawed.

While I intellectually appreciate it, I don’t love port enough to find a way to drink more of it. I will finish the bottles I have over the next few weeks, then most likely wait a good while before returning to port again.