Wine School: Our Critic Wants You to Try These Supermarket Wines 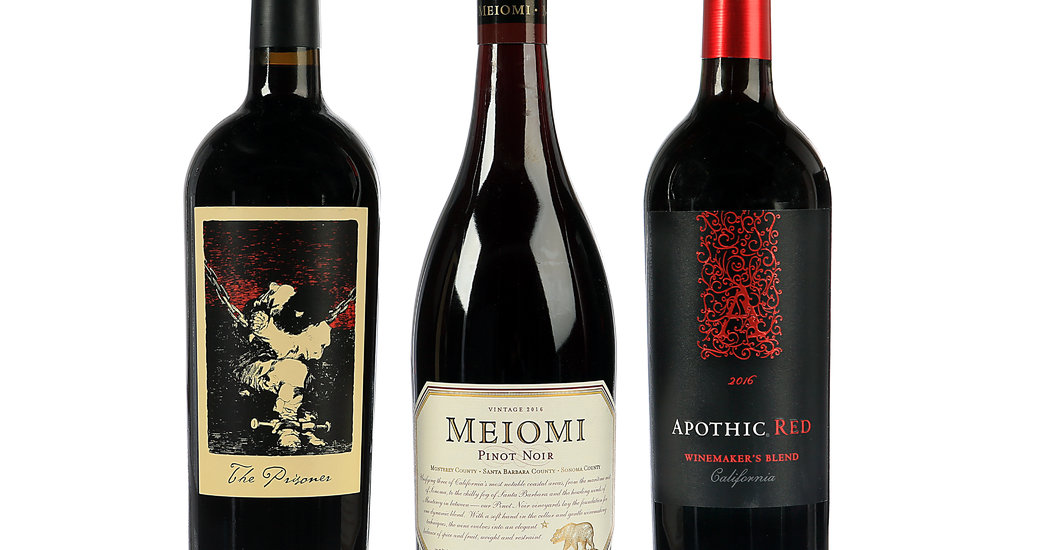 For years, I have emphasized the importance of small-production wines. They are often the most interesting, most distinctive wines available.

This is not to demean larger producers who are conscientious about their work. I have made the case as well for big Champagne houses, Bordeaux producers, Burgundy négociants and others. But generally speaking, mass-produced wines are often another category, tailored to fit a preconceived notion in which flavor, texture and color have been carefully tested for popular appeal.

Some of these wines are like processed foods, laboratory creations in which the product is fabricated with enzymes, yeasts, tannins and other enhancers until the goal is met. Others are produced in simpler ways more recognizable to generations of winemakers. Either way, they have achieved popularity on a mass scale.

Love these wines or hate them, they are worth getting to know. So this month we will taste three American crowd-pleasers, reds from California that are among the most popular wines in the country.

I chose three bottles at three different prices. If anybody says they cannot find one of these wines, they are not trying or they live in a dry state. The wines are:

Each of these sells by the millions every year. The Prisoner was originally a brand offered by Orin Swift Cellars, a Napa producer started by David Phinney. The Prisoner was a blend of red varieties, and it proved so popular that marketers started talking about a new category of wines, red blends, as if blended styles like Bordeaux and Châteauneuf-du-Pape had never existed.

Mr. Phinney eventually sold the Prisoner label. It is now owned by Constellation Brands, one of the world’s biggest wine corporations.

Constellation also owns Meiomi, a pinot noir developed by Joe Wagner, whose father, Chuck Wagner, owns Caymus Vineyards in Napa Valley. Though Meiomi owned no vineyards, it was so successful that Constellation paid $315 million for the brand in 2015.

The third wine, Apothic Red, is owned by E. & J. Gallo, another wine conglomerate. It, too, is a blended red, best known for a particular characteristic that I’m sure everybody will taste right away.