Why Is Obamacare Enrollment Down? 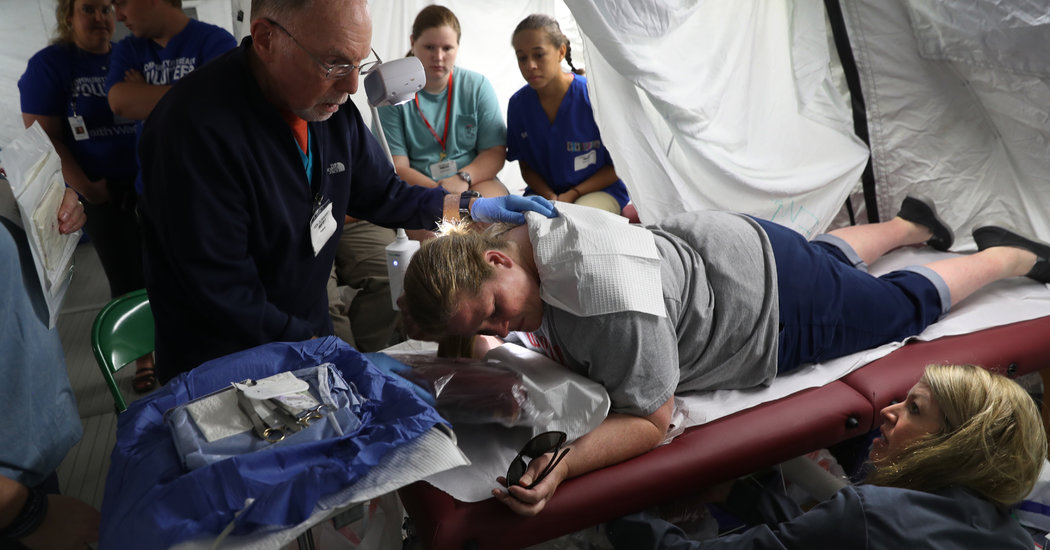 More than halfway through the sign-up period for Obamacare health plans, fewer people have enrolled in coverage than during the same stretch last year. Enrollment through the federal website Healthcare.gov, which manages insurance marketplaces in 39 states, is down 11 percent compared to 2017, according to government figures released Thursday.

Given President Trump’s assault on the law, many people are watching this year’s enrollment closely for clues to its durability. While it is too soon to draw any firm conclusions, there are several reasons sign-ups could be lower — and not all of them spell trouble for the landmark legislation.

It’s important to remember that every year, there’s a surge in people who sign up at the last minute, right before the deadline, which is Dec. 15 this year. Moreover, customers can automatically renew their plans, and those renewals don’t get counted in the enrollment tally until later. Also, the latest sign-up numbers don’t include enrollments from 11 states and the District of Columbia that operate their own marketplaces. Those are reported separately and many of these states are reporting higher enrollment.

Still, several experts believe that the slow start in enrollment this year is likely to mean a smaller Obamacare market for 2019.

“Based on what we know now I would be shocked if enrollment was higher this year than last year,” said Josh Peck, a co-founder of the group Get America Covered and the former chief managing officer for Healthcare.gov during the Obama administration.

The final numbers for the federal marketplace should come out before the end of the year. Here are some of the forces that may be influencing people’s decisions.

The mandate is gone

As part of its massive tax overhaul, Congress eliminated Obamacare’s individual mandate, the tax penalty for people who refused to get health insurance, beginning this year. That means people who were nudged into coverage by the threat of paying a fine may be sitting out this year.

But it’s hard to know how many people are dropping out because the penalty disappeared. Awareness of the change appears to be low, and enrollment is also down in New Jersey, one of the states that adopted its own individual mandate.

There are new options outside the ACA marketplace

The Trump administration also loosened restrictions about buying plans that don’t meet the standards set by Obamacare. Starting this enrollment season, people can buy coverage that is skimpier, but often much less expensive.

Rising premiums have priced some people who do not qualify for subsidies out of the Obamacare market, and there is some early evidence that more people who would have to pay full price for a plan are buying the so-called short-term plans instead. (But those plans aren’t available to people with pre-existing conditions.) Those shoppers tend not to be in the Obamacare market anyway.

People are signing up for Medicaid instead

The state with the biggest enrollment decline is Virginia. In that case, the drop can be explained by the state’s recent expansion of its Medicaid program, an option the Affordable Care Act encourages by committing the federal government to pay at least 90 percent of the expansion costs. By expanding Medicaid, Virginia made free government insurance available to low-income residents who had previously been buying coverage in the marketplace. Now, many appear to be switching to that.

Other states that have also expanded Medicaid have shown similar patterns of declining enrollment in the number of people signing up for Obamacare. But at the same time, they showed overall reductions in their number of uninsured residents, which is the ultimate goal of the law.

As the unemployment rate drops, more Americans may be getting health insurance coverage from work. That too is a factor that could be driving down enrollment in Obamacare plans. Because unemployment has been falling since the Obamacare coverage first became available, it’s probably not a huge factor, but a tighter labor market could be reducing the overall number of people who need coverage.

For some people, the plans are less affordable

Prices always matter, and the prices people pay for Obamacare plans can be very different from the sticker price.

Last year, the sticker price for plans increased substantially. But for customers who qualified for subsidies, the prices they paid themselves actually went down. Many were delighted to find they did not have to pay anything for coverage.

This year, the sticker price of plans has declined slightly in many parts of the country. But for those people who get subsidies, typically about 85 percent of the market, prices may be going up a little in those places — and people may not be able to find a free plan this year.

Ironically, places with more competition tend to have slightly higher prices for people with subsidies, and more insurers have entered the market this year in some parts of the country.

“There are fewer zero-dollar plans because there is competition,” said Katherine Hempstead, a senior adviser at the Robert Wood Johnson Foundation.

Still, for most people who receive subsidies, a plan is available for less than $75 a month. They are likely to find Obamacare plans are still the best buy. “The people who are subsidized are pretty insulated,” said Edmund Haislmaier, a senior research fellow at the conservative Heritage Foundation.

To get coverage, people need to know that the open enrollment period is happening now. Last year, the Trump administration slashed funding for advertising and other forms of marketing by 90 percent, and those funds weren’t restored this year.

Research suggests that advertising does influence enrollment, and some experts say that the effects of lower outreach may compound over time, as fewer and fewer people in need of health insurance remember how the Obamacare market works.

There is also less media and grass-roots publicity. Last year, when the price of coverage spiked and there was intense debate over whether to repeal Obamacare, the marketplace was the focus of intense news coverage. This year, with flatter premiums and a raucous midterm election, there has been less media attention on the enrollment period.

“There were a lot of Obama alumni and patient advocacy groups who were pushing hard on enrollment, maybe seeing it as part of the resistance movement,” said Cynthia Cox, the director of the program for the study of health reform and private insurance at the Kaiser Family Foundation.

“I just haven’t been seeing as much of it this year.”