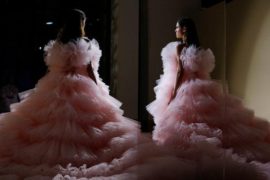 One of the most satisfying memes of the last few years celebrates macaroni and cheese. Someone on social media will write “I made him mac and cheese …” or some such and share a revolting photo of a gelatinous dish of gray noodle slop. Then everyone will freak out and pile on. Sometimes the post is a joke, sometimes it’s real, and also sometimes it’s wings or meatloaf. In the case of Keisha Lance Bottoms, who also happens to be the mayor of Atlanta, it was just a sincere picture showing off her Christmas mac and cheese, to the extreme scorn and horror of the internet. Sure it did look a little dry, but who among us, you know?

The first notable mac and cheese posting went wild in October 2017, with an infamously horrid mac and cheese brought to an office potluck. In the rollicking five financial quarters between these two mac and cheese crises, photographs of earnestly made bad food and also trolling imitations (usually using stolen photographs) proliferated and became indistinguishable. It has been this year pleasurably impossible to tell what was a case of Auntie Gladys going fully wrong at the church social and what was someone stealing a grody pic off Facebook to snatch some likes. For us out here mainlining our Instagram and Facebook and Twitter feeds like it was our paid job — long days pickaxing for weak LOLs, followed by thin, ill dreams — the experience of real and fake was essentially identical.

It’s now more impossible than ever to discover what a photograph means or where it came from, whether it’s of a dreary Christmas side dish, or a selfie on a volcano, or a couple posing holiday-style with their child on their driveway, but then it turns out the driveway is not even theirs and also, who knows about the child? (Yes, this apparently just happened.) How sincere or manipulative is a photo? What garbage dump is just beyond the frame of that beautiful sunset? Whose culture does a photograph represent or betray? (The depths of reasonable interracial fury surrounding mac and cheese are very real.) Which of these beautiful or gross photographs is an advertisement? Was the person being photographed the product, and if so, how were we paying? Similarly, who made the photographable environment, and was it a marketing agency? (Buddy, it was.) And a question that bubbles up again and again: Who else was present, and what person or machine captured the moment?

Which brings us to this collection of our best published photographs of the year, as chosen by our photo editors. To me, a few suffer without context, but perhaps those will be your very favorites. (Besides, in many other cases, the photos were more exceptional than the texts they accompanied.) That’s the joy of living in a time when we are not only all informed consumers of photography but also, with Instagram a billion members strong, nearly all practicing photographers ourselves. We all make the side dishes; we all take the photographs; and also we all stunt on other people’s photographs and side dishes.

Whether you love or hate or are puzzled or upset by them, all these photographs are scrupulous. Most of the subjects have been photographed with their consent or their participation, but none are the authors or directors of the photographs. These people — and places and situations — were photographed because the photographer was trying to learn about them, or is trying to explain something about them. In their practice, the photographers are playing by the honest rules. The line between me posting pics of my kitty cats on Instagram and Rafael Rios posting pics of Justin Theroux (the biggest cat of all) on The New York Times seems thinner than ever, but it’s not all that thin really. In all the sunsets of our real world now, there really always is a burning garbage dump nearby. Our best photographers promise to keep the trash fire just in frame. — CHOIRE SICHA 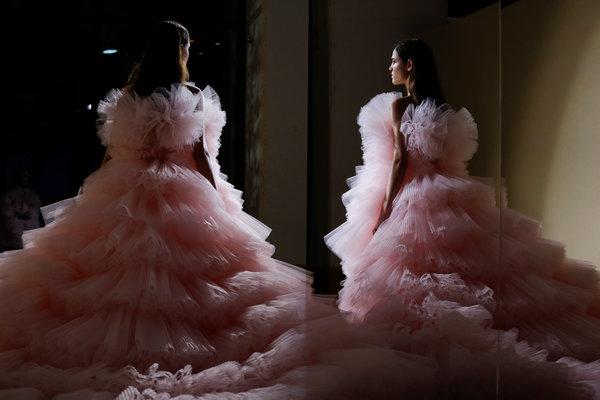 “I wanted bangs a couple of months ago, but my sisters told me they didn’t, so we couldn’t do it,” said Andrea Levesque, who designs and models with her sisters Arianna and Athena, here at home in Queens.

Sharon Stone, at age 59, at the Mondrian Hotel in Los Angeles.

The musician Joy Postell getting her hair styled by Autumn Meade at Conscious Heads Barbershop and Natural Hair Salon in Baltimore.

CreditPhoto Illustration by Caroline Tompkins for The New York Times

“Nobody smokes cigarettes. You go to the bathroom, there’s a zero percent chance that anyone’s smoking a cigarette and there’s a 50-50 chance that there’s five guys Juuling,” one high school senior in Connecticut told us.

“Lately, I have found out that a lot of the money we made is no longer available for me. I don’t know where it is, but a guy, and maybe one or two others, have found a way to take it,” said Stan Lee, the Marvel Comics creator, seen here at home in Los Angeles half a year before his death.

Meghan Markle became a new member of the British monarchy, marrying Prince Harry at Windsor Castle. Many, many Americans attended, if only to sit outside and watch on Jumbotrons.

Members of the Lions Crew, a break dancing group, on the roof of the culture center in Casablanca, Morocco.

Mennonites, seen here in Indian Creek, Belize, are a traditionally sectarian Christian denomination. They’ve lived in Belize, where they have private schools and are exempt from military service, since the mid-20th century. Many of them rely on smartphones for business.

“This is black history. It’s monumental.” Playboi Carti — at top left among his entourage, in Paris — told us about Virgil Abloh’s appointment as men’s artistic director at Louis Vuitton before walking in the designer’s first show for the fashion house.

An anonymous seamstress in her kitchen in Puglia, Italy, was among contract workers who said they are paid about 24 euros to sew an entire coat for luxury fashion brands, work that takes about four to five hours. The retail sale prices for these coats range from $935 to $2,340.