What to Cook: The Best Recipe for Christmas Eve 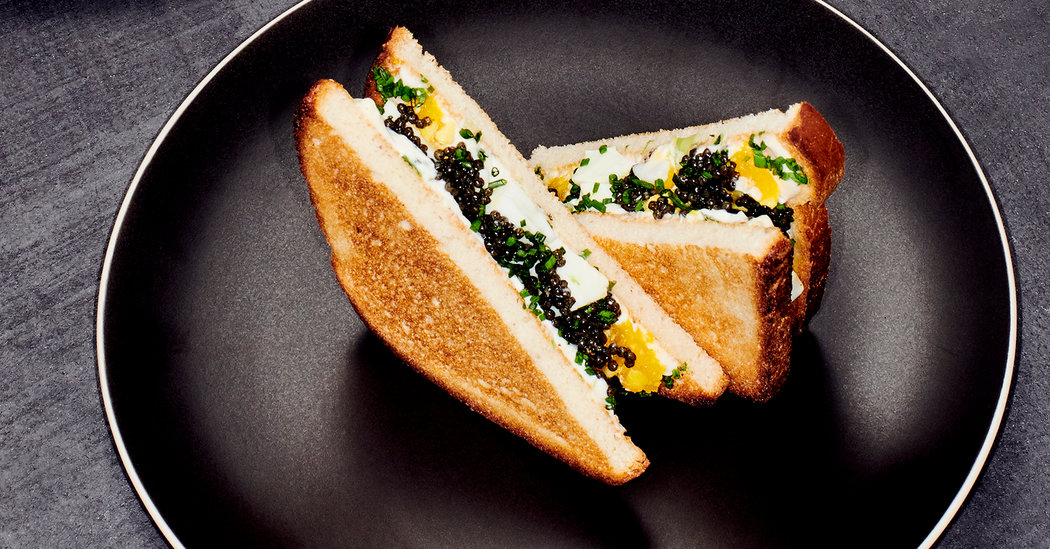 Good morning. Gabrielle Hamilton has the single-best idea for a Christmas Eve feed I’ve ever considered, and it’s the subject of her latest “Eat” column for The Times: a caviar sandwich (above) on buttered white toast, with scallion crème fraîche and chopped hard-boiled eggs. It’s a “luscious and haute, lowbrow sandwich,” Gabrielle told us. “All at once a little messy and a little decadent and a little modest. As my father would cheerfully say, ‘Diamonds and burlap!’ ”

I love diamonds and burlap. You can get the white bread at the supermarket with all the other ingredients save the caviar. For which, if you’re in New York City, you might visit Russ & Daughters on the Lower East Side. They close their doors at 6 p.m. today. (They open tomorrow at 9 a.m. for Christmas.)

Make that sandwich wherever you live, if you can. (Dirk’s Fish and Gourmet Shop in Chicago is open until 7. And I think Absolute Caviar in Los Angeles is as well? Google it in your town!) “Be sure to lay on the eggs, the caviar, the chives with as much generous abandon as you can muster,” Gabrielle says. “An ounce of good caviar from a reputable source is going to run some 50 bucks at least. If you can swing it, one more spoonful, one more schmear — then all the better.”

You don’t want to do much more than that on a night such as this. And that’s true whether or not tomorrow you’ll hail the birth of the incarnate Deity, as Charles Wesley put it. Christmas Eve is weird whatever your denomination, though I suppose an argument may be made for Noche Buena as pretty fun. If you can’t manage caviar, just order a pizza and listen to Truman Capote’s “A Christmas Memory,” from the original 1959 recording of the yarn. It has much the same effect.

FacebookshareGoogle+sharePinterestpin it
10 Pairs of Sweatpants to Wear During Your Next Binge-Watching SessionAre You There, User? It’s Me, Facebook!
Latest