What Foods Are Banned in Europe but Not Banned in the U.S.? 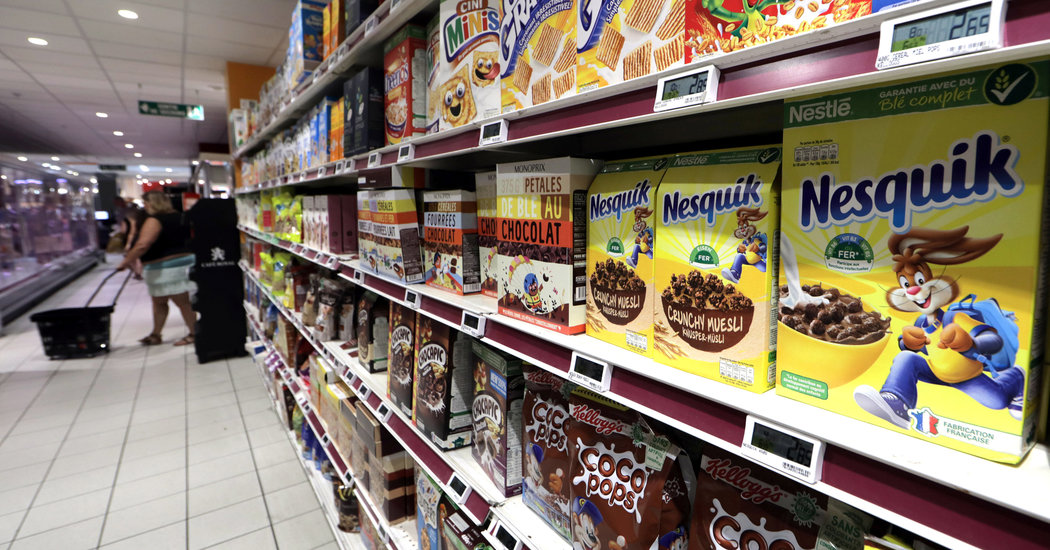 Q. What foods are banned in Europe that are not banned in the United States, and what are the implications of eating those foods?

A. The European Union prohibits or severely restricts many food additives that have been linked to cancer that are still used in American-made bread, cookies, soft drinks and other processed foods. Europe also bars the use of several drugs that are used in farm animals in the United States, and many European countries limit the cultivation and import of genetically modified foods.

“In some cases, food-processing companies will reformulate a food product for sale in Europe” but continue to sell the product with the additives in the United States, said Lisa Y. Lefferts, senior scientist at the Center for Science in the Public Interest, a food safety advocacy organization.

A 1958 amendment to the Food, Drug and Cosmetic Act prohibits the Food and Drug Administration from approving food additives that are linked to cancer, but an agency spokeswoman said that many substances that were in use before passage of the amendment, known as the Delaney amendment, are considered to have had prior approval and “therefore are not regulated as food additives.”

In October, the F.D.A. agreed to ban six artificial flavoring substances shown to cause cancer in animals, following petitions and a lawsuit filed by the Center for Science in the Public Interest and other organizations. The F.D.A. insists the six artificial flavors “do not pose a risk to public health,” but concedes that the law requires it not approve the food additives. Food companies will have at least two years to remove them from their products.

Here’s a short list of some of the food additives restricted by the European Union but allowed in American foods. Most must be listed as ingredients on the labels, though information about drugs used to increase the yield in farm animals is generally not provided.

These additives are commonly added to baked goods, but neither is required, and both are banned in Europe because they may cause cancer. In recent years, some American restaurant chains have responded to consumer pressure and removed them from their food.

Potassium bromide is often added to flour used in bread, rolls, cookies, buns, pastry dough, pizza dough and other items to make the dough rise higher and give it a white glow. The International Agency for Research on Cancer considers it a possible human carcinogen, and the Center for Science in the Public Interest petitioned the F.D.A. to ban it nearly 20 years ago. The F.D.A. says potassium bromate has been in use since before the Delaney amendment on carcinogenic food additives was passed.

Azodicarbonamide, or ADA, which is used as a whitening agent in cereal flour and as a dough conditioner, breaks down during baking into chemicals that cause cancer in lab animals. It is used by many chain restaurants that serve sandwiches and buns. The Center for Science in the Public Interest has urged the F.D.A. to bar its use. The F.D.A. says it is safe in limited amounts.

The flavor enhancers and preservatives BHA and BHT are subject to severe restrictions in Europe but are widely used in American food products. While evidence on BHT is mixed, BHA is listed in a United States government report on carcinogens as “reasonably anticipated” to be a human carcinogen.

BVO is used in some citrus-flavored soft drinks like Mountain Dew and in some sports drinks to prevent separation of ingredients, but it is banned in Europe. It contains bromine, the element found in brominated flame retardants, and studies suggest it can build up in the body and can potentially lead to memory loss and skin and nerve problems. An F.D.A. spokeswoman said it is safe in limited amounts, and that the agency would take action “should new safety studies become available that raise questions about the safety of BVO.”

These dyes can be used in foods sold in Europe, but the products must carry a warning saying the coloring agents “may have an adverse effect on activity and attention in children.” No such warning is required in the United States, though the Center for Science in the Public Interest petitioned the F.D.A. in 2008 to ban the dyes. Consumers can try to avoid the dyes by reading lists of ingredients on labels, “but they’re used in so many things you wouldn’t even think of, not just candy and icing and cereal, but things like mustard and ketchup,” marshmallows, chocolate, and breakfast bars that appear to contain fruit, Ms. Lefferts, the food safety scientist, said.

The F.D.A.’s website says reactions to food coloring are rare, but acknowledges that yellow dye No. 5, used widely in drinks, desserts, processed vegetables and drugs, may cause itching and hives.

FacebookshareGoogle+sharePinterestpin it
Vows: How Did They Know? (The Signs Showed the Way)Heads Up: Is Munich Getting Cool? Look for the Boat on the Bridge
Latest