Well : Even a Little Weight Training May Cut the Risk of Heart Attack and Stroke 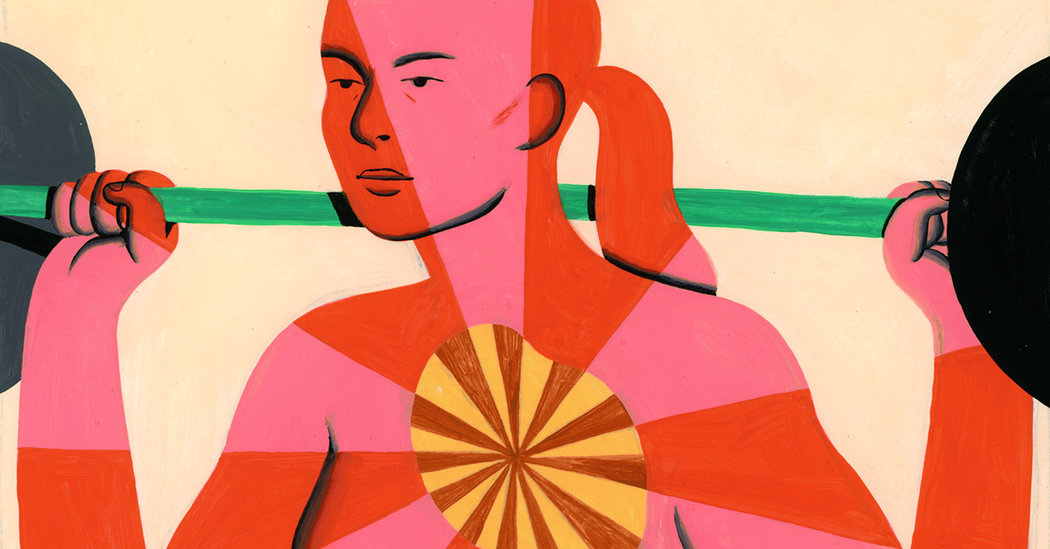 Despite the muscle-building, flab-trimming and, according to recent research, mood-boosting benefits of lifting weights, such resistance exercise has generally been thought not to contribute much to heart health, as endurance workouts like jogging and cycling do. But a study published in October in the journal Medicine & Science in Sports & Exercise provides evidence for the first time that even a little weight training might reduce the risk of heart attack or stroke. People appear to gain this benefit whether or not they also engage in frequent aerobic exercise.

The study drew from an invaluable cache of health data gathered at the Cooper Clinic in Dallas, where thousands of men and women have been undergoing annual checkups, which include filling out detailed questionnaires about their exercise habits and medical history. More than 12,500 records were anonymized for men and women, most of them middle-aged, who had visited the clinic at least twice between 1987 and 2006. The subjects were categorized according to their reported resistance exercise routines, ranging from those who never lifted to those who completed one, two, three or more weekly sessions (or whether they lifted for more or less than an hour each week). Another category was aerobic exercise and whether subjects met the standard recommendation of 150 minutes per week of brisk workouts. This exercise data was then crosschecked against heart attacks, strokes and deaths during the 11 years or so after each participant’s last clinic visit.

The findings were dramatic: The risk of experiencing these events was roughly 50 percent lower for those who lifted weights occasionally, compared with those who never did — even when they were not doing the recommended endurance exercise. People who lifted twice a week, for about an hour or so in total, had the greatest declines in risk. (Interestingly, the subjects who reported weight training four or more times per week did not show any significant health benefits compared with those who never lifted, although the researchers believe this finding is probably a statistical anomaly.)

“The good news,” says Duck-chul Lee, an associate professor of kinesiology at Iowa State University and co-author of the study, “is that we found substantial heart benefits associated with a very small amount of resistance exercise.” As an associational study, the results show only that people who occasionally lift weights happen to have healthier hearts — not that resistance training directly reduces heart-related health risks. The data, though, does reveal associations between weight lifting and a lower body mass index, Lee says, which might be connected to fewer heart problems. He and his colleagues do not know the specifics of what exercises people were doing — lat pull-downs? dead lifts? squats? — or how many repetitions they did or at what level of resistance. Lee says he is in the early stages of a major study to examine some of those factors. But he doesn’t suggest waiting for those results.

“It’s New Year’s resolution time,” Lee says. “I hope people will include resistance exercise in theirs.”