Warren Has Her Plan. Buttigieg Suggests Another Way to Cut Health Prices. 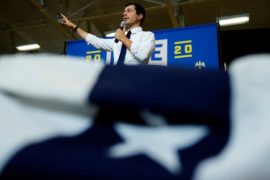 Under her version of “Medicare for all,” the government would provide health insurance to everyone, and it would be able to set the prices it pays for medical services. Numerous international studies have shown that the biggest reason the American health system is so expensive is that prices for medical care are so high. We pay more for doctors, hospitals, drugs and medical devices. This insight has become a sort of cliché among health economists, who are fond of citing a famous paper: “It’s the Prices, Stupid.”

But Pete Buttigieg, the South Bend, Ind., mayor, has another idea about how to regulate health care prices. Mr. Buttigieg, like others in the field, has a plan for expanding health insurance coverage to the uninsured. But he also has a plan for limiting the prices that hospitals and doctors can charge to patients, even if they get their insurance from a private company.

Mr. Buttigieg’s approach is slightly complicated, and experts vary somewhat on their views on whether it’s the best way to lower all health care prices. But it is a policy clearly intended to lower medical prices.

“You can accomplish a lot of the same things with different approaches,” said Andy Slavitt, a former administrator of the Centers for Medicare and Medicaid Services, who has reviewed plans from several candidates, including Mr. Buttigieg’s.

In general, presidential candidates have been reluctant to talk too much about policies that will lower hospital costs. Hospitals are the biggest chunk of American health spending, but they are also politically powerful entities with many employees and a lot of public support. Single-payer plans would make sharp cuts to hospital pay, but the candidates who support them rarely emphasize that: Both Bernie Sanders and Ms. Warren tend to focus on the less popular insurance and pharmaceutical industries.

Mr. Buttigieg is different. In his written plan and his public statements about health reform, he takes aim at hospitals. (He would also seek to take a bite out of pharmaceutical prices, through taxes, penalties and the threat of patent revocations.)

His plan would cap medical costs in an indirect way. It would allow insurers and medical providers to agree on whatever prices they wish in a contract. But it would limit how much insurers have to pay when providers are “out of network.” The limit, double what Medicare pays them, would help patients who end up at a place that is not covered by their insurance. But it will also tend to influence the negotiations between hospitals and insurance companies, putting downward pressure on in-network prices. Medicare Advantage, the private option for older Americans, has a similar rule, and those plans tend to pay doctors and hospitals prices quite close to the cap.

Currently, most hospitals charge insurers around double the Medicare price, but some charge more. “You’re lopping off the top tail,” said Matthew Fiedler, a fellow at the Brookings Institution, who has been studying similar pricing rules in other contexts. He said the strategy would be particularly useful for services related to medical emergencies.

A policy like Mr. Buttigieg’s could, of course, go even lower than double Medicare. Ms. Warren’s campaign said last week that her “Medicare for all” plan would pay hospitals around 110 percent of current Medicare prices, and would pay doctors right around what Medicare pays. (Mr. Sanders has been more vague on what sorts of prices he might seek as president if Medicare for all became law, but every major analysis of his plan has assumed prices would go lower than double what Medicare pays.)

In recent years, Medicare prices, which are set by the government, have risen slowly, but the prices paid by private insurers have been spiking. It is that rise in costs, in part, that has driven premiums and deductibles higher, putting health care out of the financial reach of many families.

Many other countries with private insurance regulate prices, either nationwide or with various regional adjustments. Maryland has been regulating hospital prices for decades under an unusual waiver from the federal government. But explicit price regulation has generally remained outside the mainstream of the political conversation in the United States.

But as prices rise, the idea is gaining currency. Congress is considering a plan to cap the prices paid to medical providers who don’t accept the same insurance as the hospitals where they work. Several states are developing plans that would regulate the prices paid by some insurers, like the privately administered “public option” plan in Washington, or the state employee benefit plan in Colorado.

Medical providers are sure to dislike a plan with price controls, of course, and are likely to fight this feature of Mr. Buttigieg’s plan with much of the vigor they’re expected to bring to opposing single-payer. Price limits directly hit their bottom lines, and tight price controls could cause some hospitals to close. The politics of price regulation may not be smooth. Mr. Anderson, who worked on cost-containment policy in the Carter administration with enthusiasm, said his optimism had waned over the years. “There is no strong constituency for controlling prices,” he said.

But he added, “You could do it, and if we had the political will, I don’t think the sky would fall.”