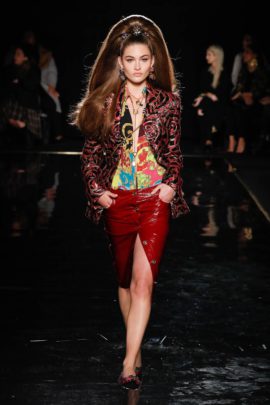 The ’90s are back which means Versace is too.

Versace is smart to bring back the motifs it made famous 30 or so years ago—the fluorescent fluffy knits, the shiny pleather, the logo-mania, the skin-tight and skin-bearing silhouettes, the kilts and the safety pins. The supermodels and Insta-influencers who were literal babies in the ’90s are discovering the decade’s brash style for the first time and embracing it with relish. 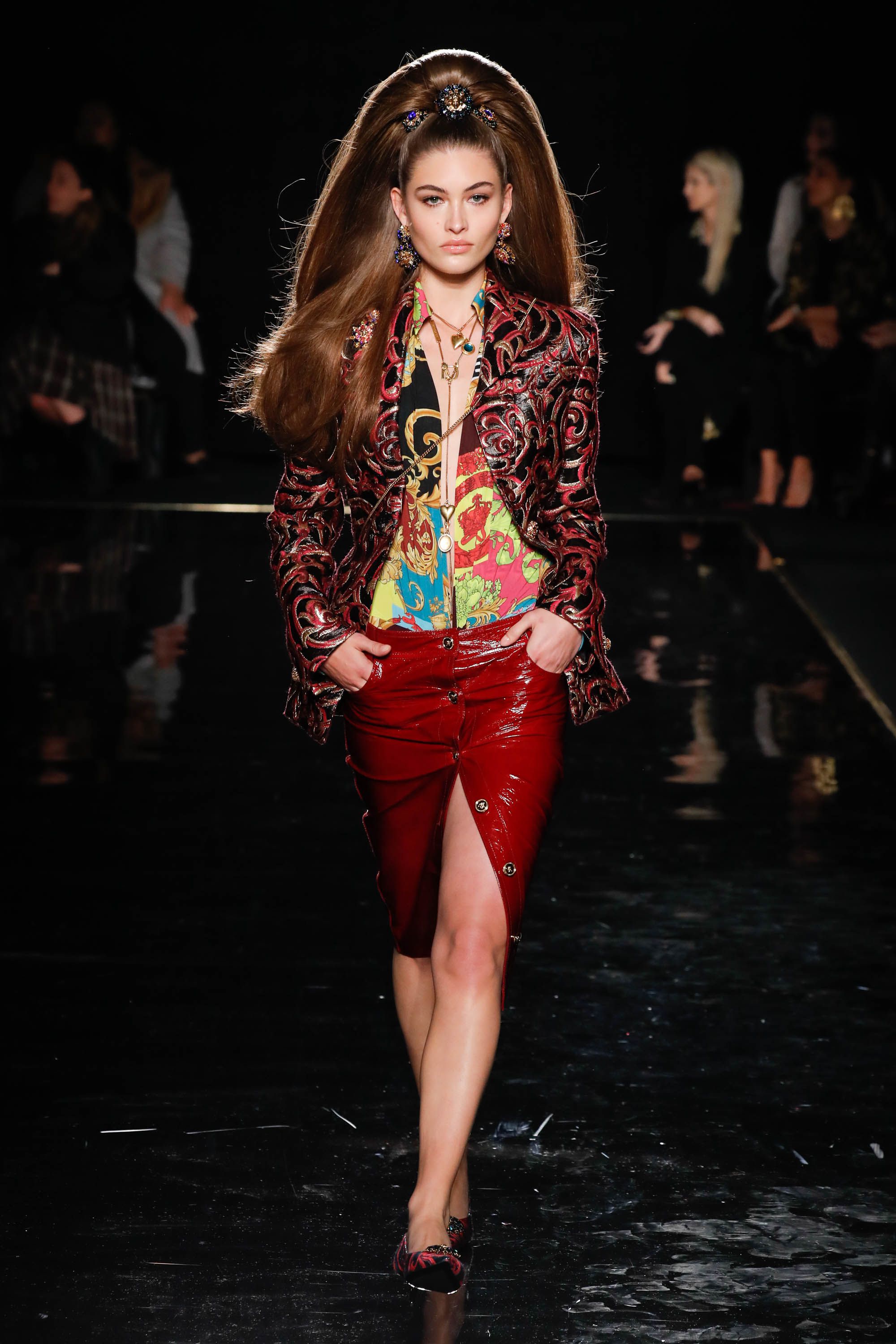 For its 2019 Pre-Fall show, Versace embraced its DNA, showing a collection of animal print bodysuits and body-skimming dresses, suits and athleisure done up in medusa prints mined from the archives , and logomania on t-shirts and accessories. Oversized gold jewelry (including Versace’s signature safety pins) punctuated the whole collection. 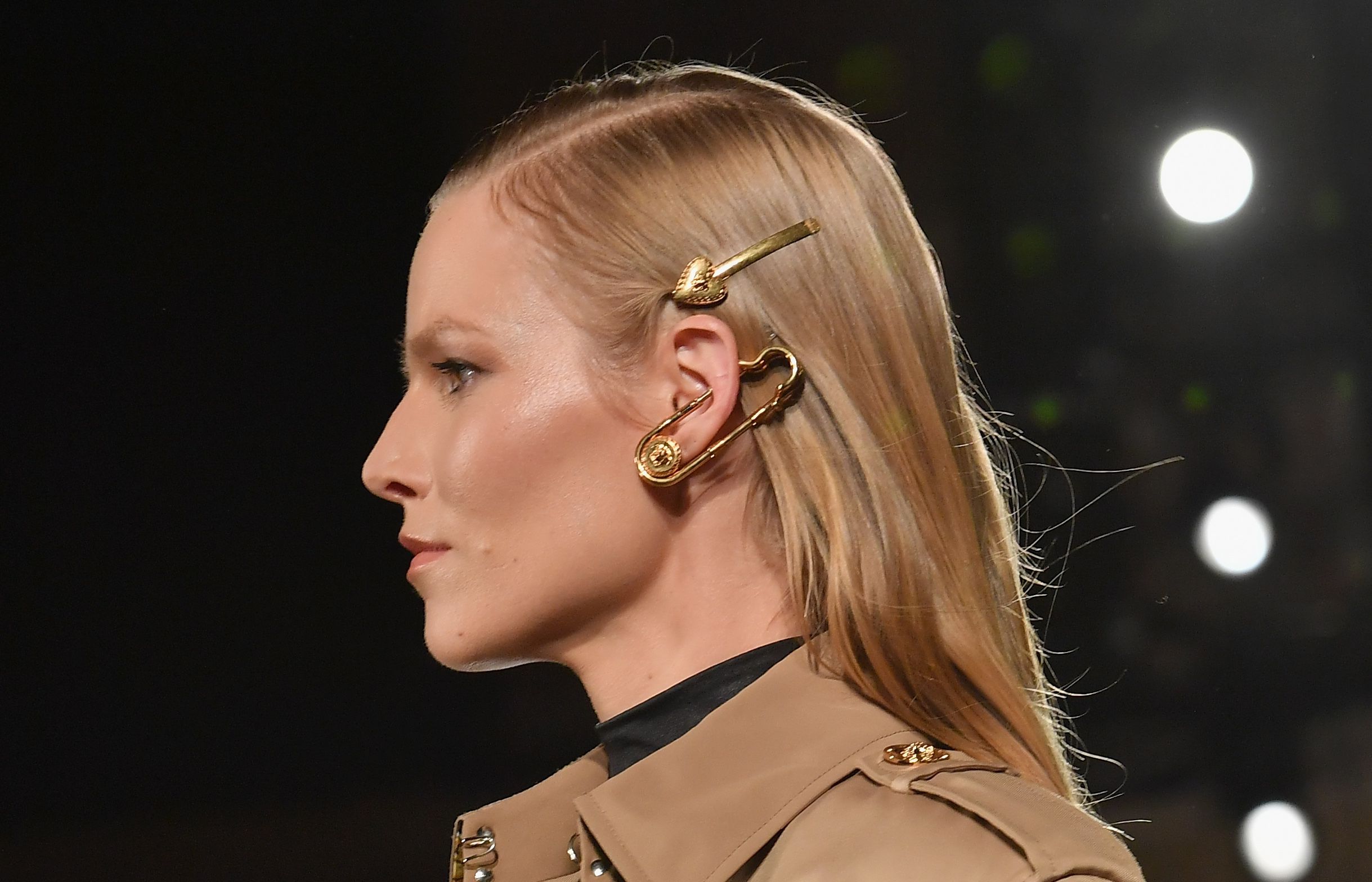 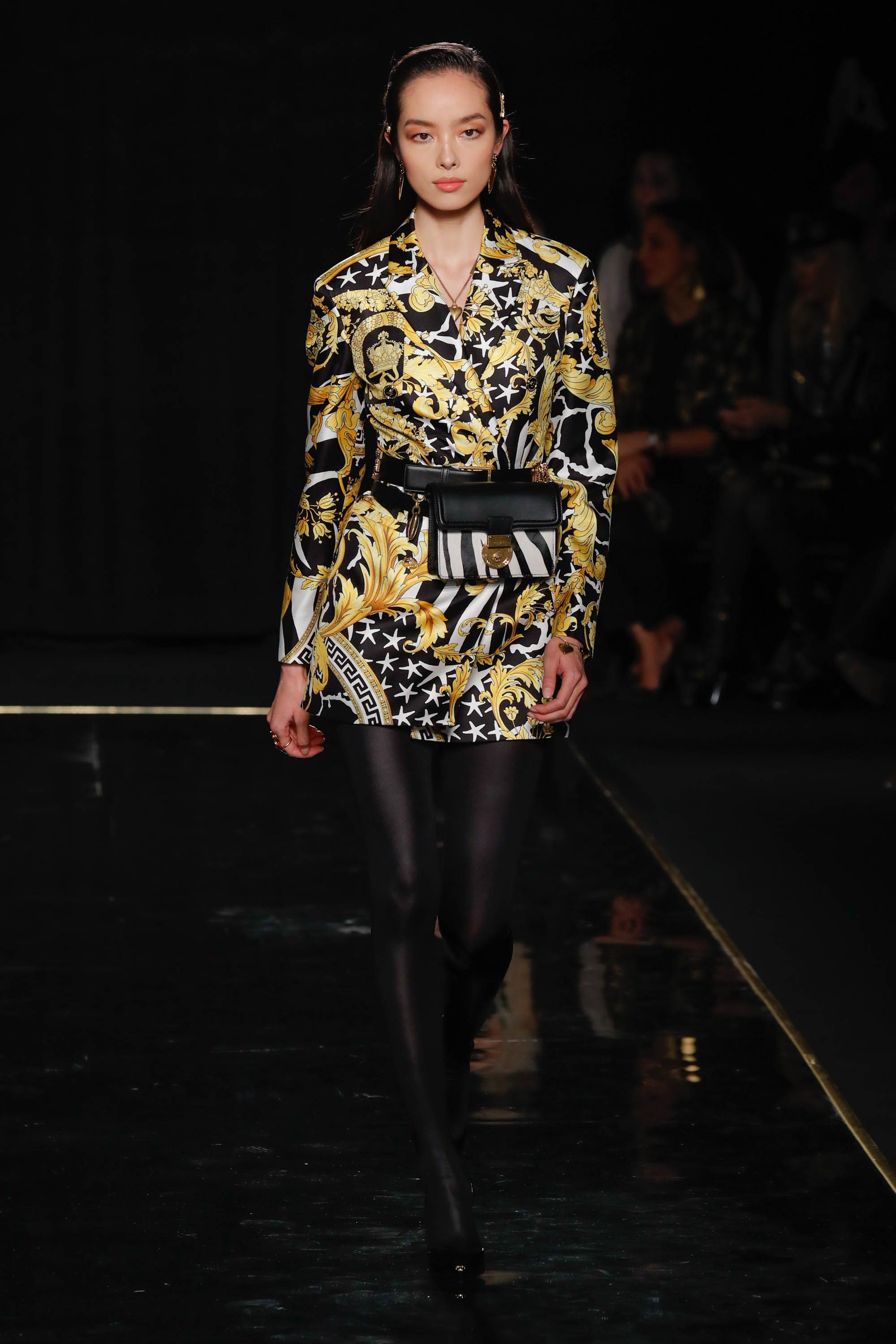 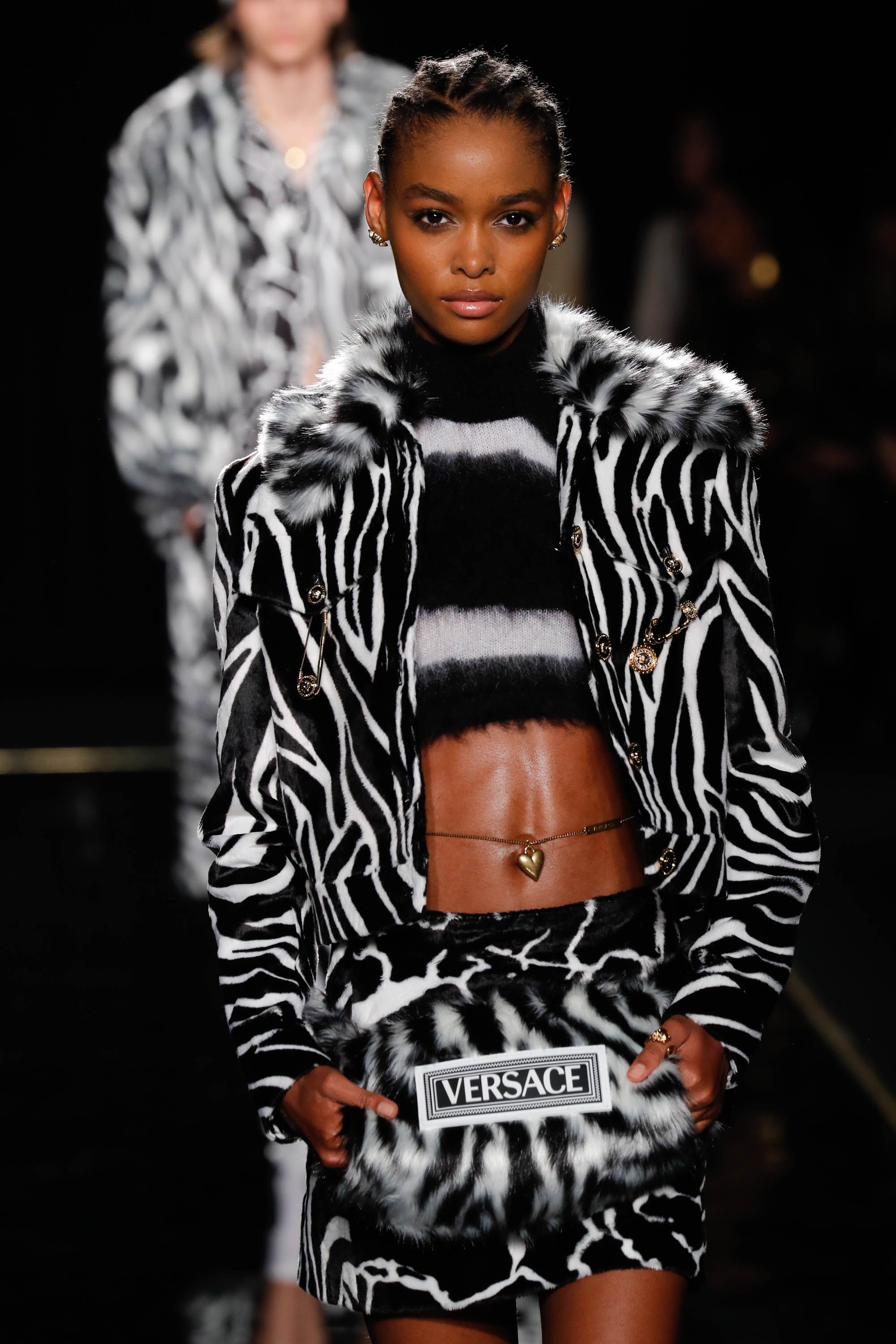 Shown in a black box with Lady Liberty’s golden torch gleaming in the middle (a heavy-handed nod to the NYC location), the show felt vibrant and fun—like a taste of what a decadent Versace show in its ’90s heyday must have been like. 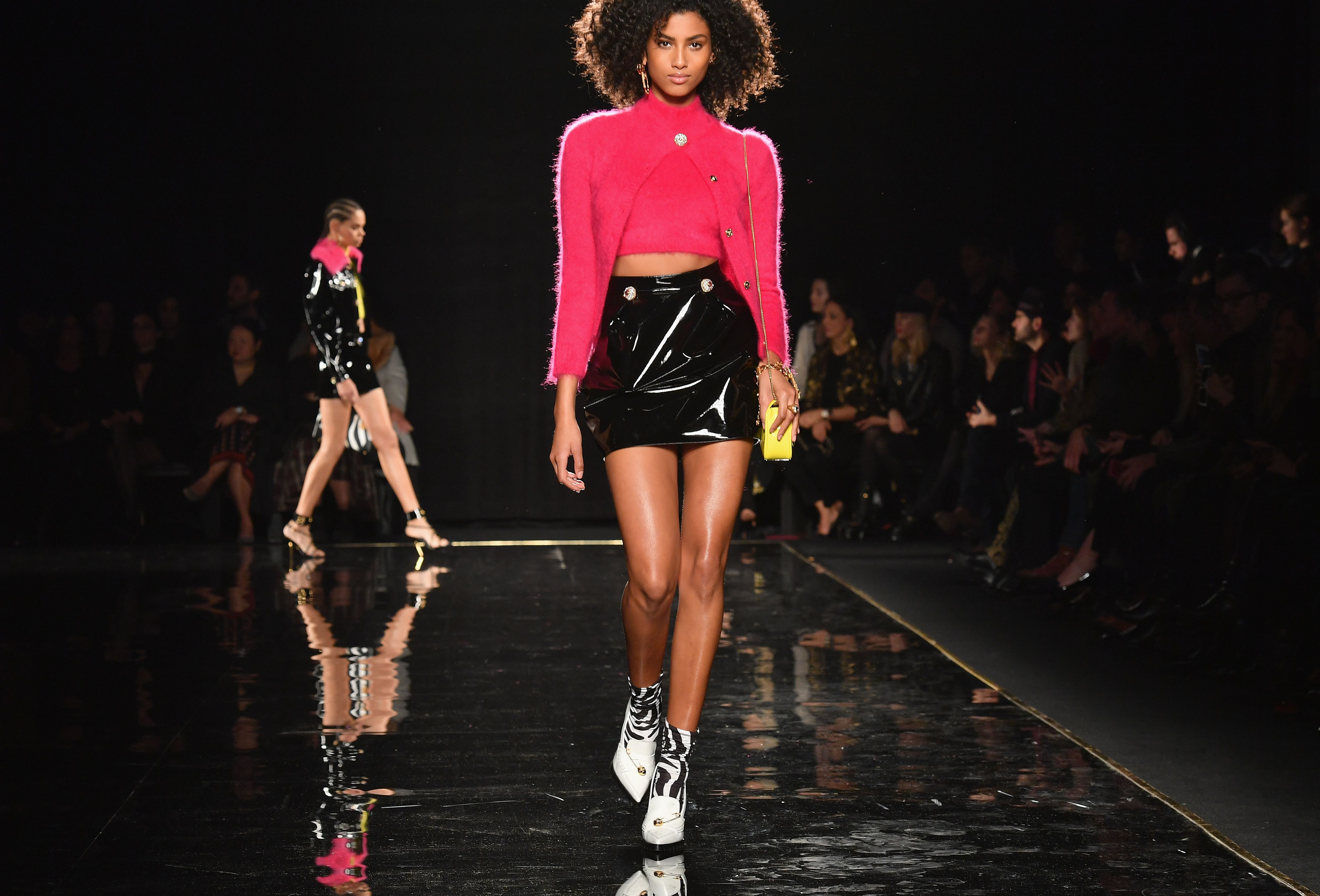 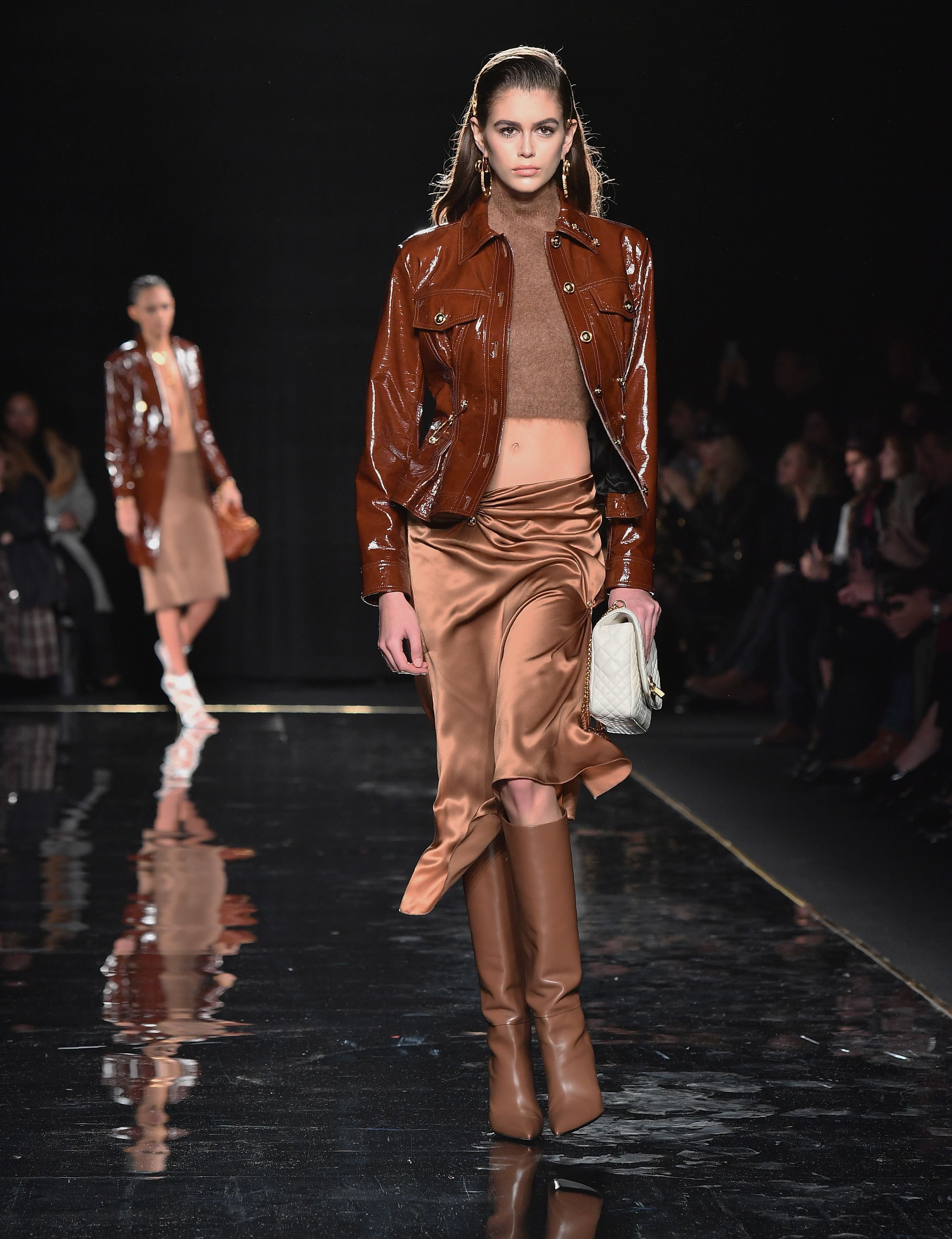 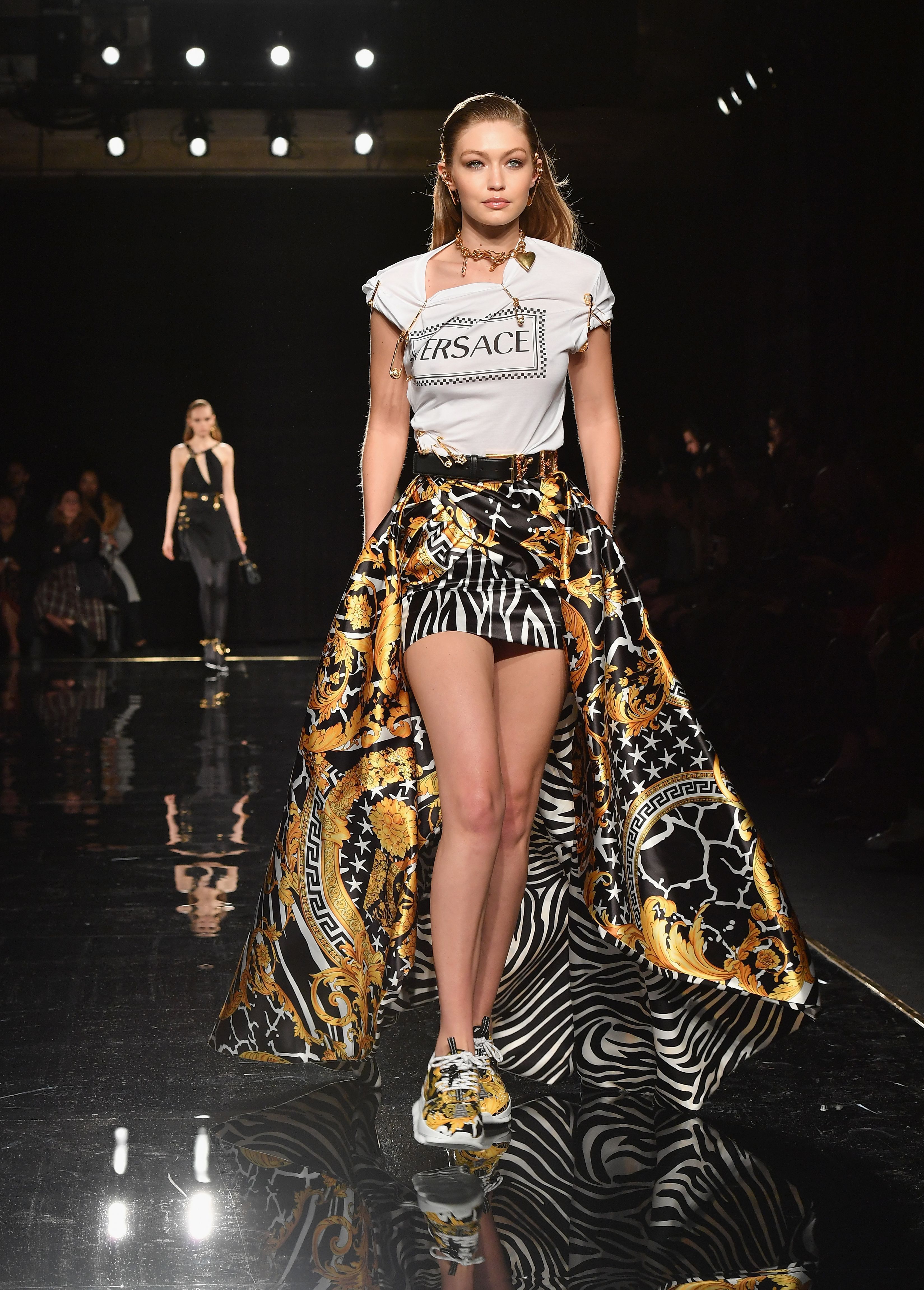 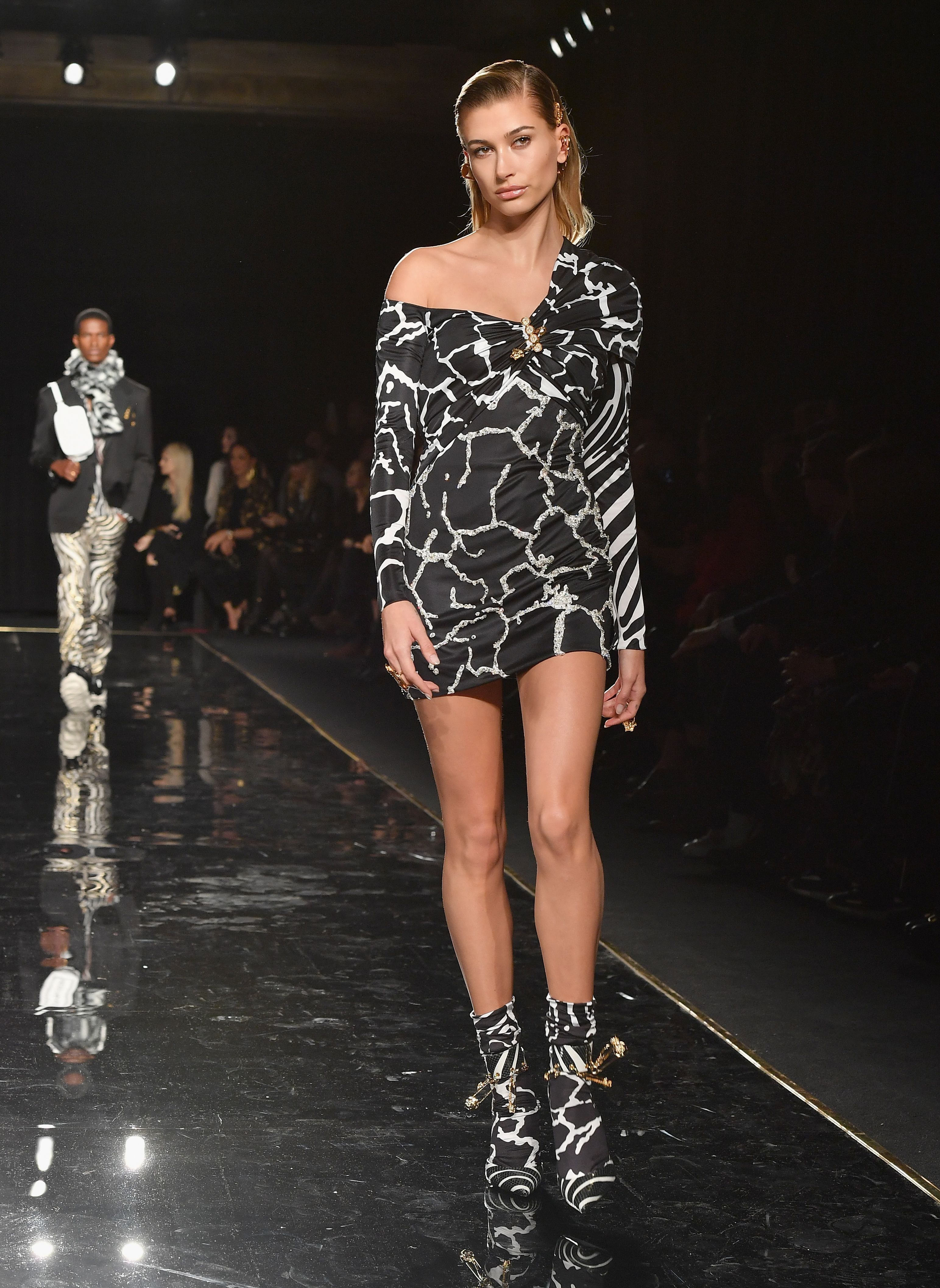 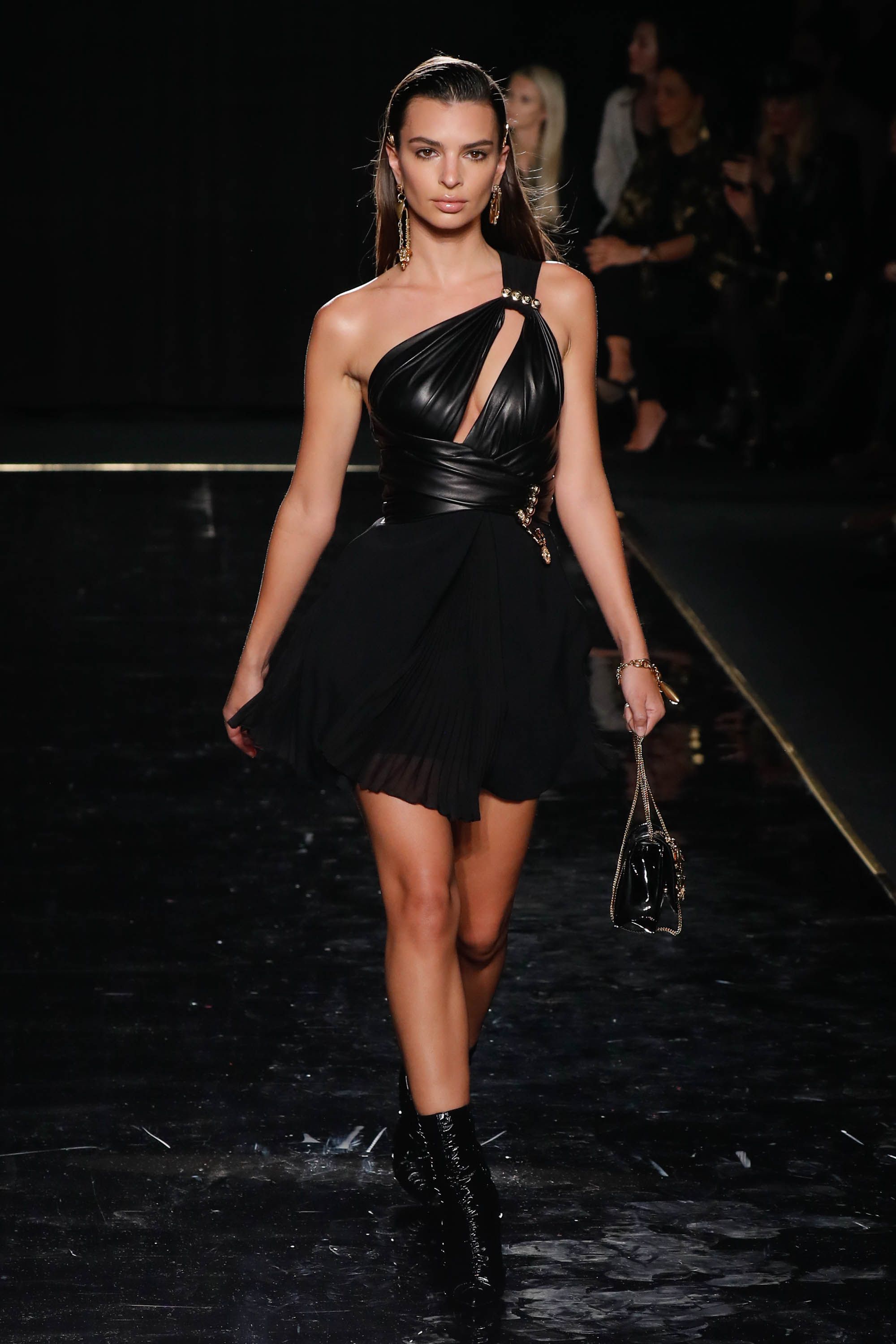 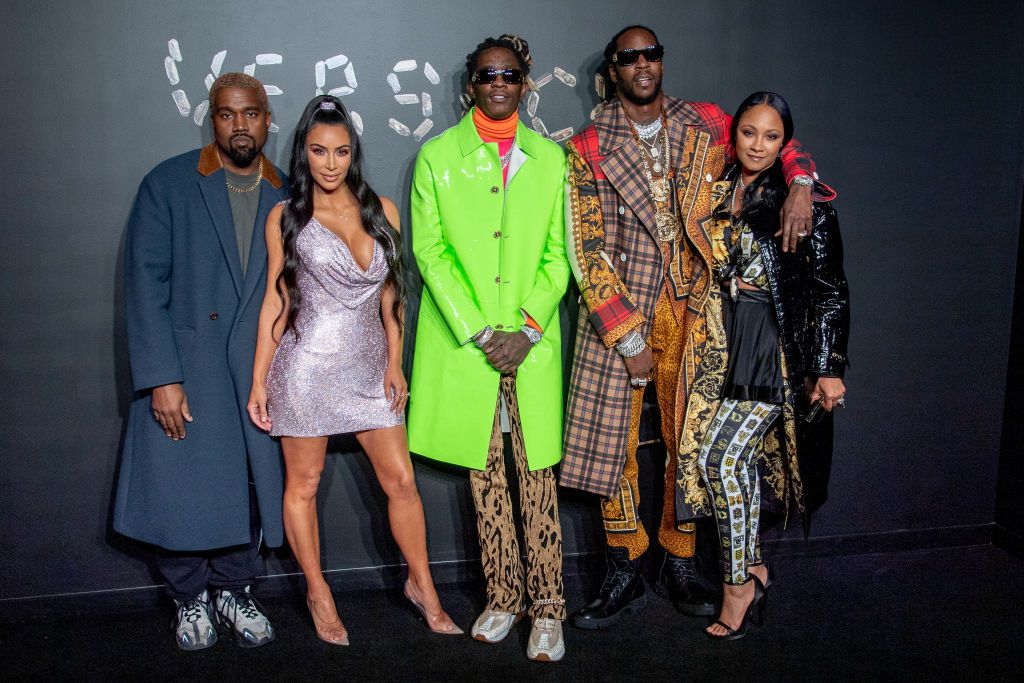 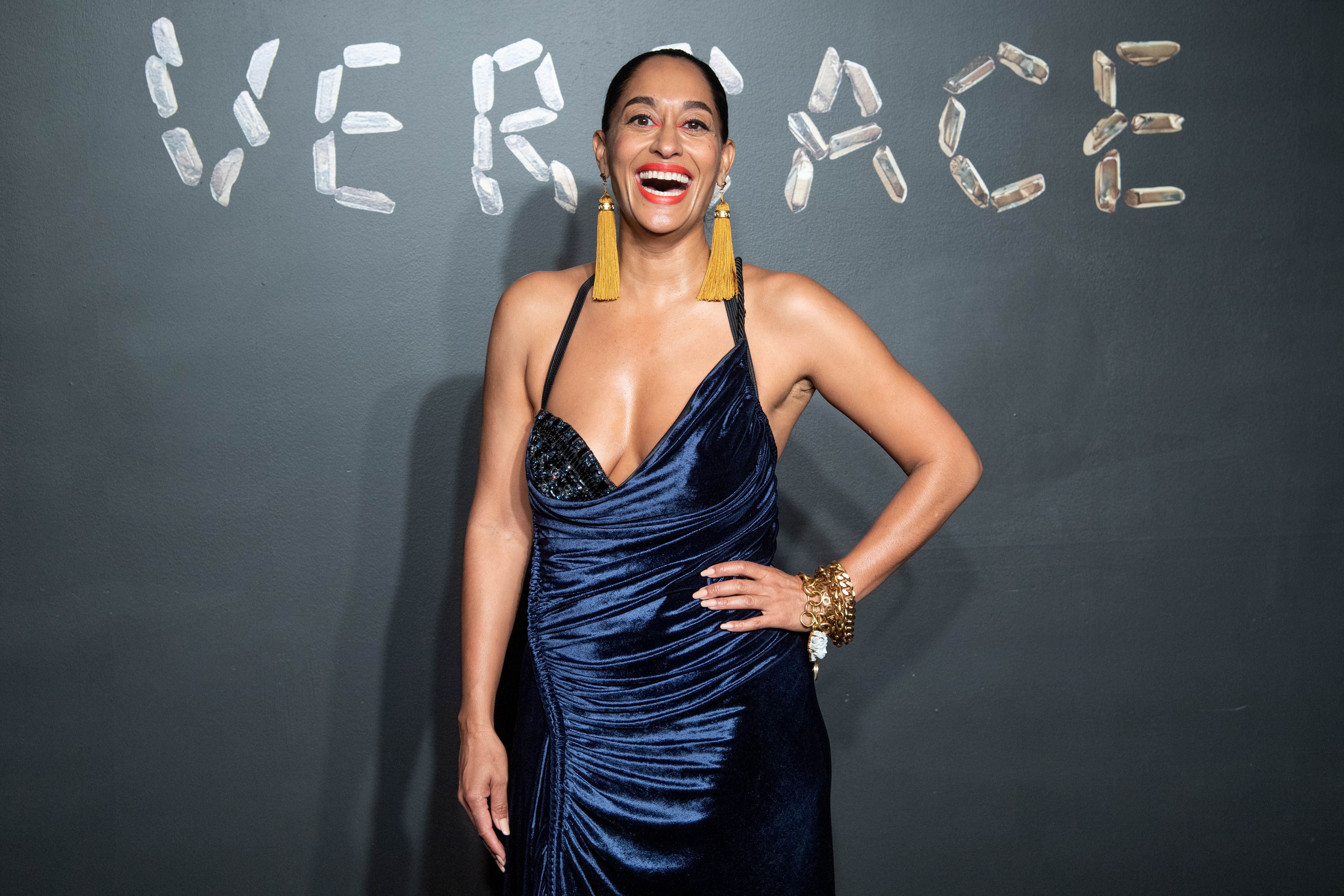 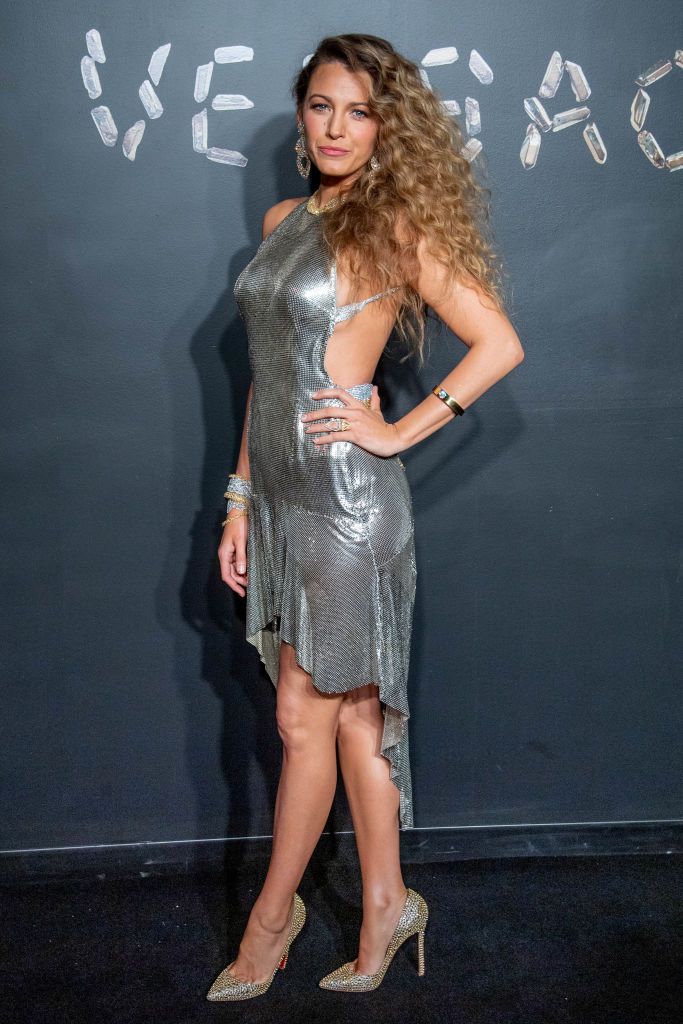 Some of the most exciting runway moments came when Donatella Versace revived her most iconic dresses from the late ’90s and early ’00s, including the cut-out safety-pin dress made famous by Elizabeth Hurley in 1994… 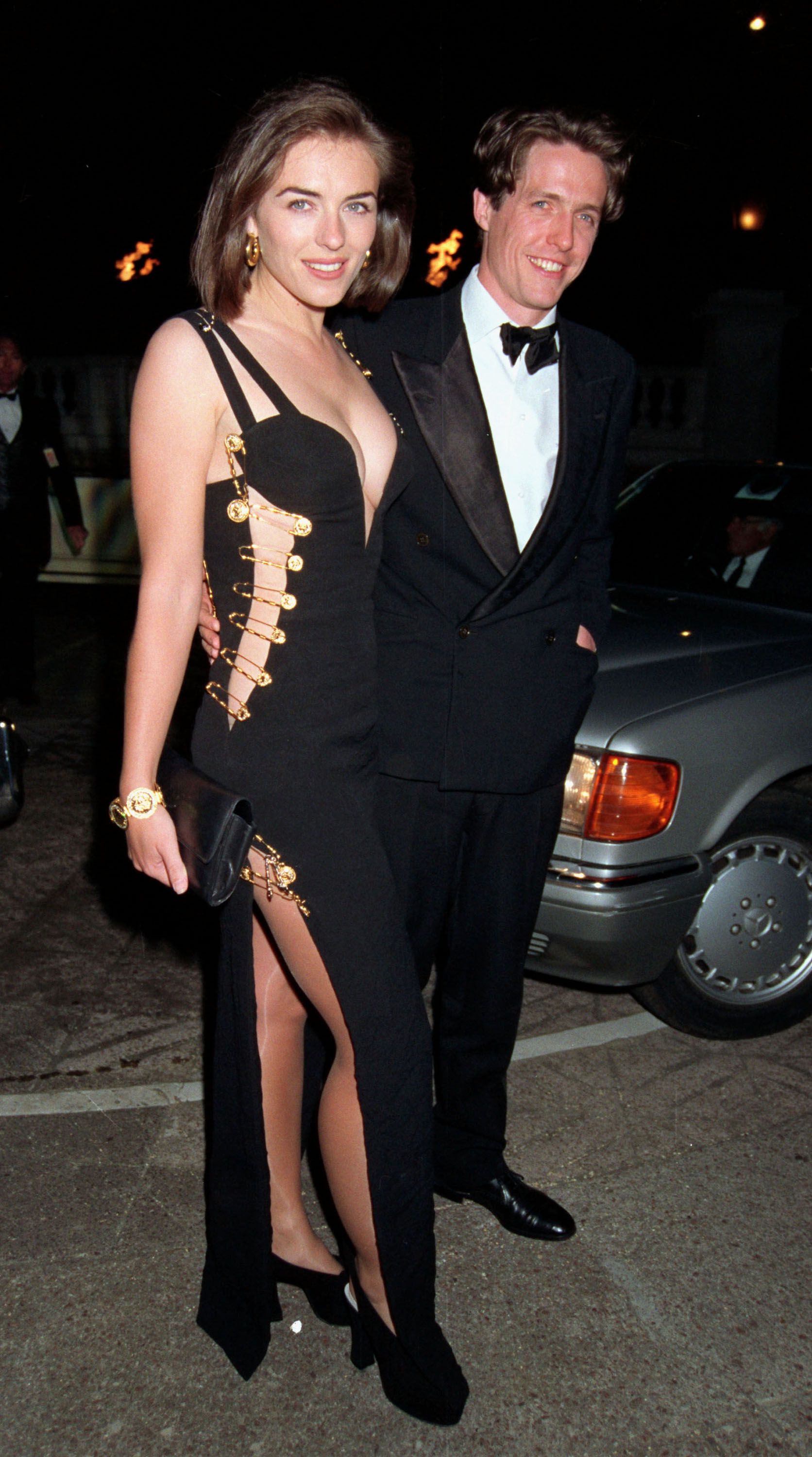 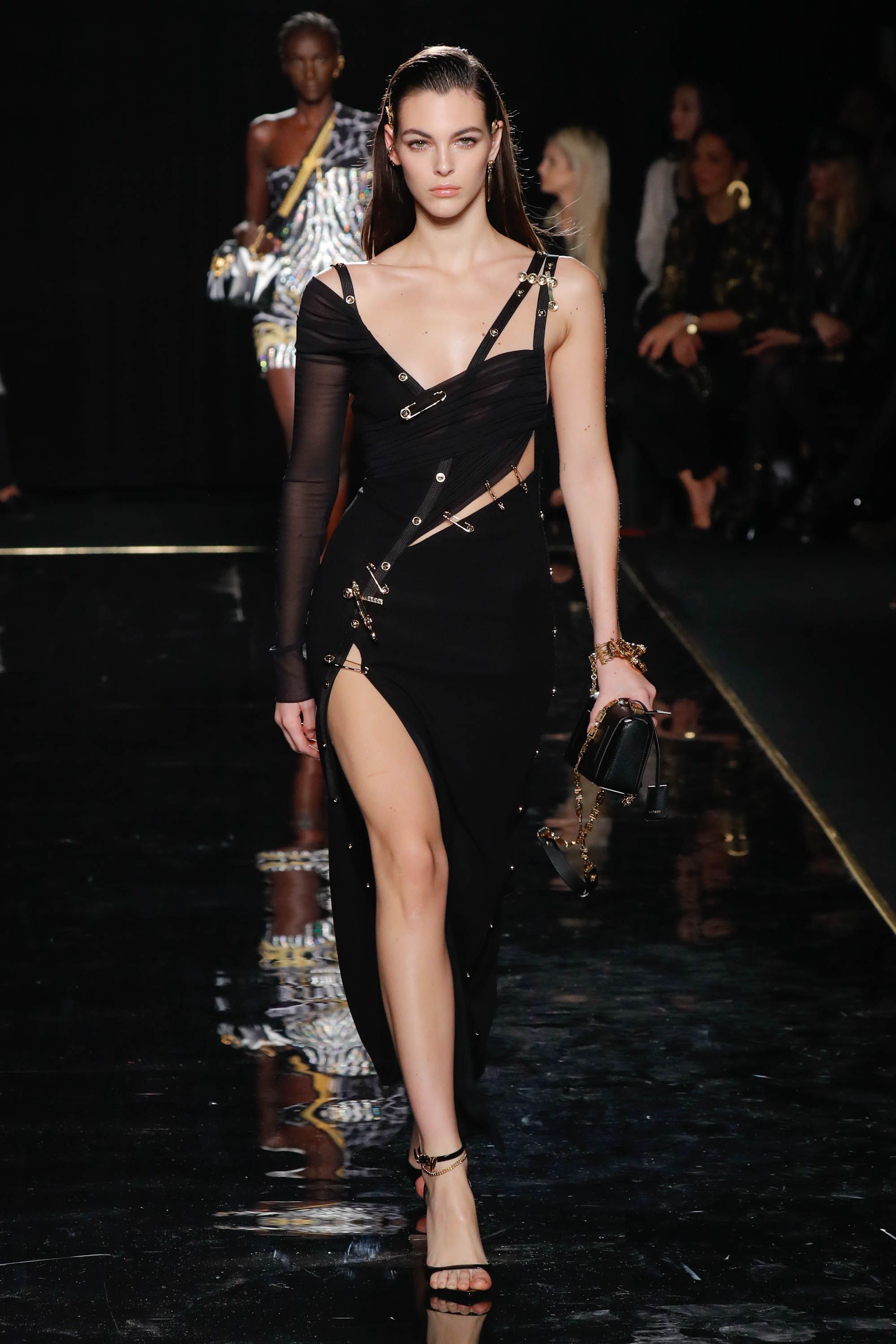 and the down-to-there printed dress worn by J. Lo at the Grammys in 2000. 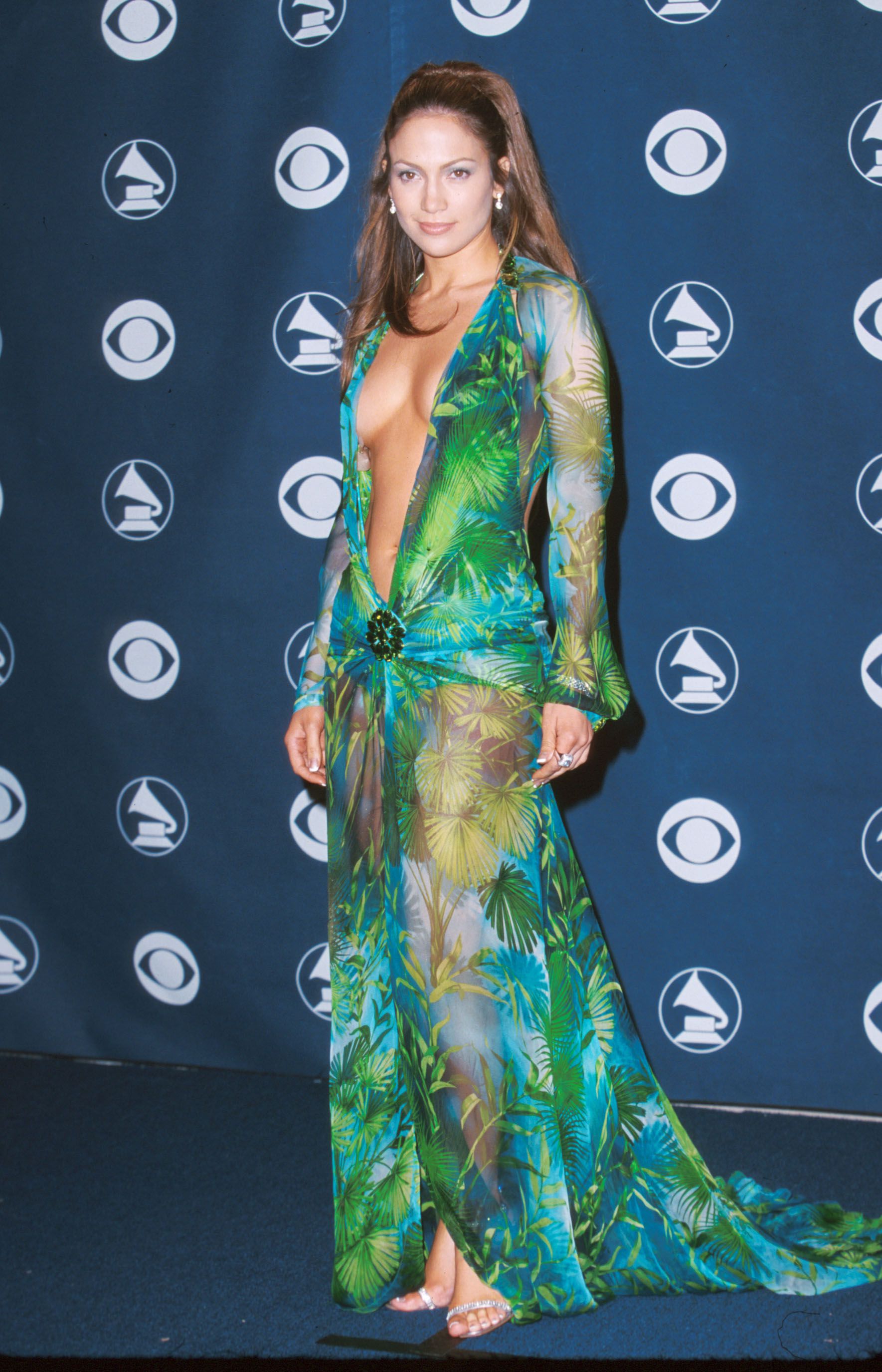 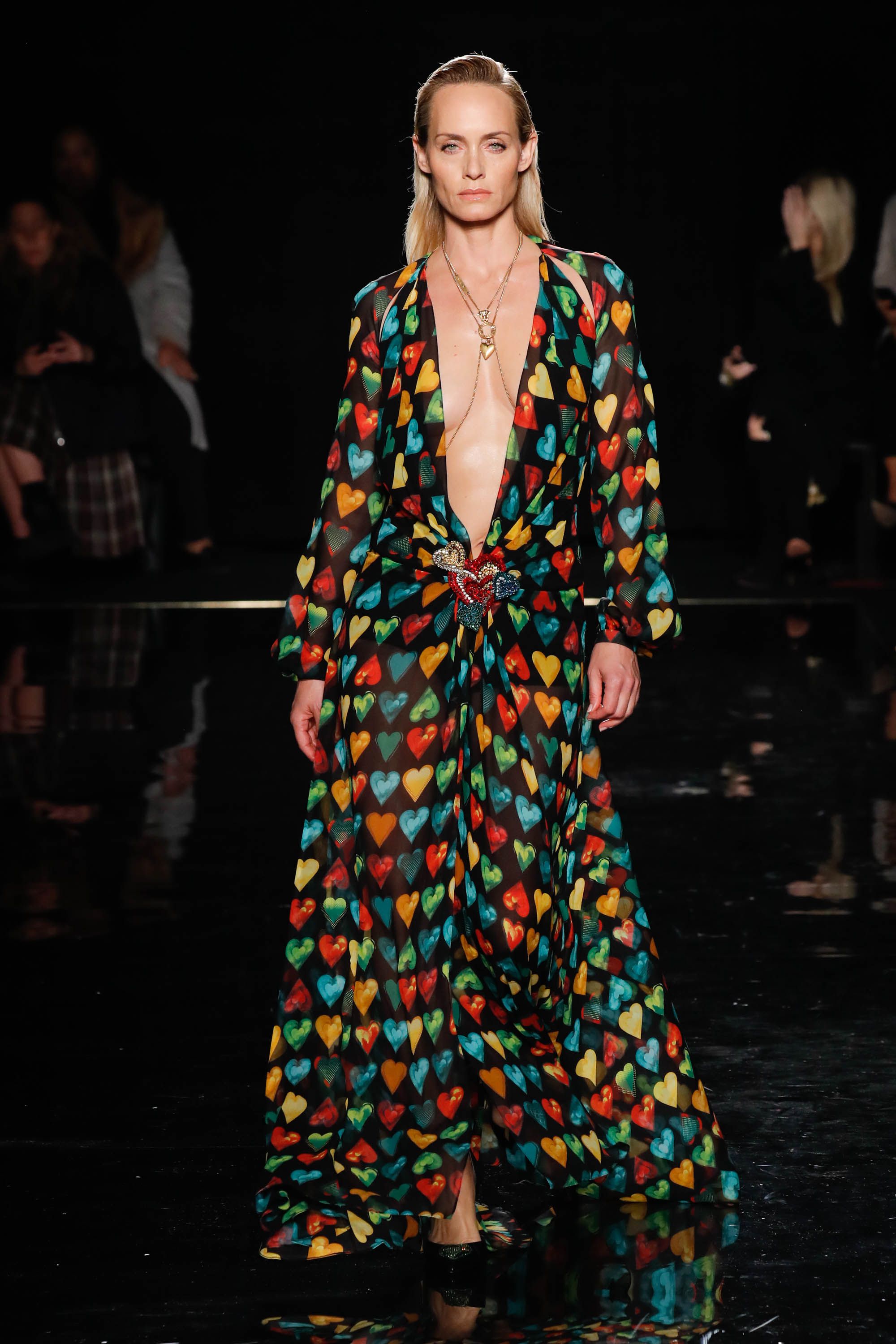 since she’s the model who wore it 20 years ago on the runway for Versace’s spring 2000 show. 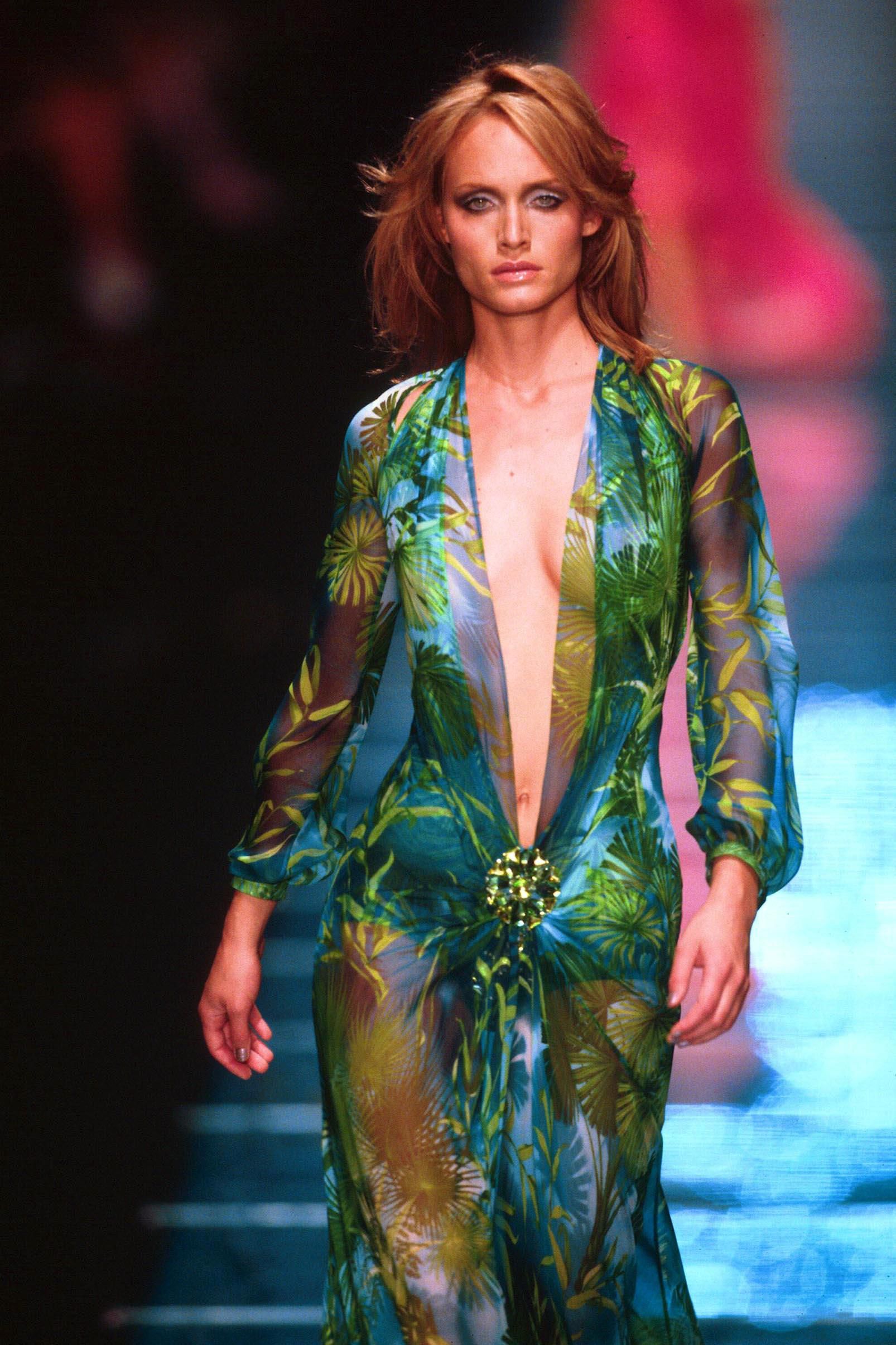