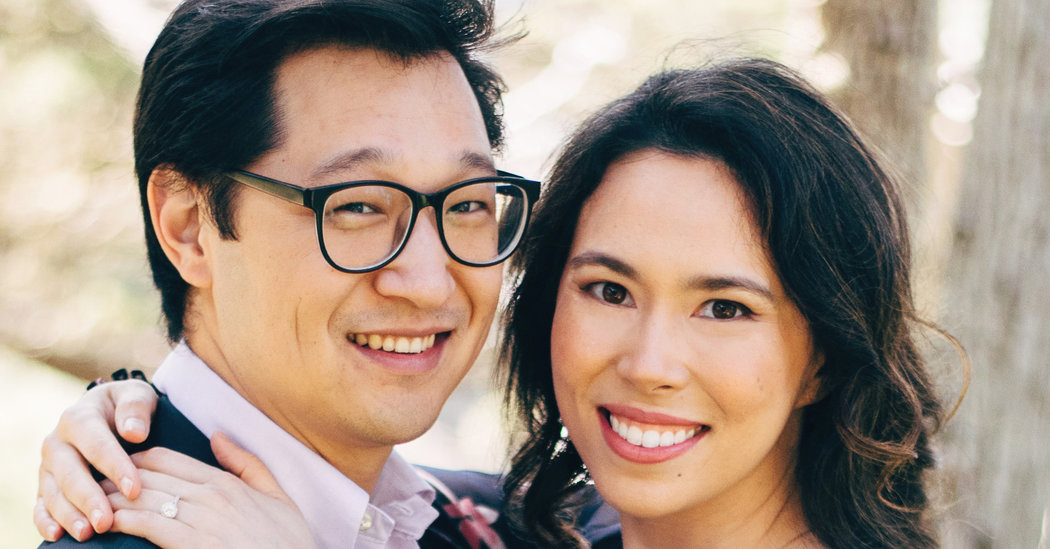 Dr. Valerie Janet Gribben and Dr. Andrew Young Chang were married Dec. 22 at the University Club of San Francisco. Dr. Dean L. Winslow, a friend of the couple who was ordained through the American Marriage Ministries, officiated.

She is the daughter of Irene Wong and Alan Gribben of Montgomery, Ala. The bride’s father is an English professor at Auburn University at Montgomery. He is also the publisher and editor in chief, and her mother the managing editor, of the “Mark Twain Journal: The Author and His Era,” a scholarly periodical founded in 1936 and based in Elmira, N.Y. Her mother retired as an elementary school guidance counselor at Airport Road Intermediate School in Millbrook, Ala.

He is the son of Hyun-Young Nah and Saeyoung Chang of Henderson, Nev. Until 1984 the groom’s mother was an instructor of landscape and environmental design at Seoul City University and Seoul National University. His father is a professor of finance at the University of Nevada, Las Vegas.

The couple met in November 2015 while Dr. Gribben was finishing her chief year in pediatrics as Dr. Chang was about to begin his in medicine at Stanford Hospital, where their offices were 100 feet apart, and they had mutual friends. In January 2016, during their first go at a long-distance relationship, they Skyped everyday while he spent six weeks in Uganda treating women with rheumatic heart disease and she was still at Stanford as a chief resident. In November 2017, Dr. Chang quoted the very last line in her “Fairytale Trilogy” when he got down one knee in Windy Hill Preserve in Portola Valley, Calif., and said: “Our dragon is waiting.”