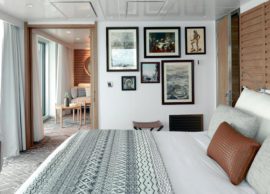 When it launches in spring 2020, the 126-passenger National Geographic Endurance from Lindblad Expeditions will have amenities on par with a luxury vessel, including two restaurants, a glass-walled yoga studio, an infinity Jacuzzi facing the stern and two saunas with panoramic windows so heat-bathers won’t miss the passing scenery. Such features aren’t uncommon on larger ships, but they may be the first to sail in northeast Greenland and along the Northeast Passage from Norway across Russia.

Generally associated with small ships bound for remote locales, expedition cruising has historically focused on the destination rather than the conveyance. Ships were strictly base camps for Zodiac trips to view the icebergs of Antarctica or hike game trails in remote Alaska.

Now the vessels themselves are getting an upgrade from Lindblad and several other lines, freeing passengers from choosing between adventure and comfort.

“The ship was just a place to lay your head at night, but there is a real growing segment that wants more,” said Colleen McDaniel, the senior executive editor of Cruise Critic, the online review site. “They want hard-charging experiences in port and onboard they want some luxury and space. That’s a niche that a lot of cruise lines are trying to fill.”

With small ships bound for offbeat destinations, expedition cruises account for a small sector of the cruise industry. In 2018, Cruise Industry News put it at about one percent of the global market, but found that 28 ships have been — or will be — launching between this year and 2022, suggesting this style of cruising is catching on.

“Expedition travel is growing in leaps and bounds for a few reasons,” said Susan Boehnstedt, the president of Critics Choice Vacations, part of the Virtuoso network of travel agencies, based in Queen Creek, Ariz. “One, is that the typical ocean liner cruise client has traveled this way for years,” she said, referring to big-ship ocean cruising. Then luxury river cruising gained in popularity, and now, “they are looking for something a bit smaller and up close and personal.”

While visiting Antarctica, the ship is designed to keep guests toasty, from heated storage in the cabins meant to dry wet parkas quickly to a two-story solarium with a swimming pool and hot tub. Among amenities, there will be six restaurants, including one from the celebrated chef Nobu Matsuhisa, a pair of helicopters for excursions, and a three-person submersible. Its 17-day inaugural journey from Japan to Russia’s Kamchatka Peninsula starts at $24,949 a person. 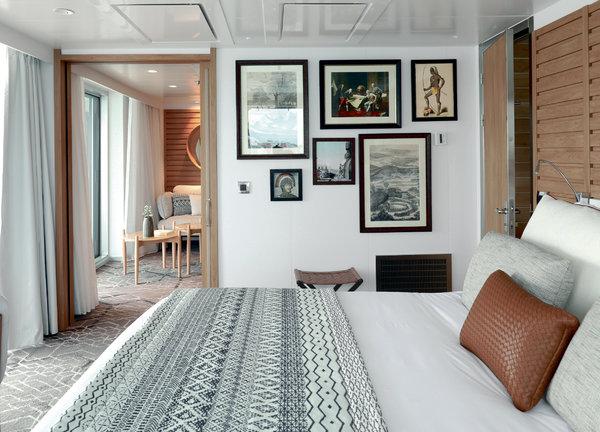 “There are people who just want the basics, but there’s a whole group of people who might not have gone to those places until the luxury is there,” said Marcella Rappoport, a cruise specialist at Ovation Travel in New York.

For fine food and lavish suites, she recommends the French line Ponant, which is leading the expansion race, launching two 184-passenger ships in 2019, two more in 2020 and a 135-cabin ship in 2021. Its newest vessels, Le Laperouse, which made its debut in June, and Le Champlain, an October newcomer, each have a Blue Eye lounge, with oblong portholes, low underwater lighting and hydrophones that transmit the natural sounds at sea. Sofas vibrate in time with the acoustics (upcoming 13-day trips in the Amazon region start at about $8,200 a person). 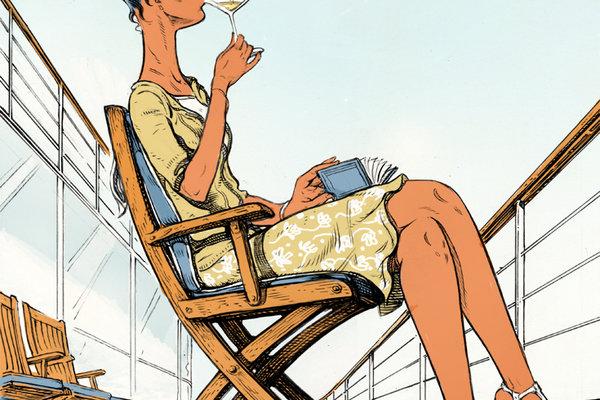 Demand for expedition cruising is attracting both new lines, including Norwegian Yacht Voyages, which is expected to unveil a 222-guest ship in 2022, and line expansions, such as two new 264-passenger polar-class ships from Seabourn, each carrying submarines as well as kayaks, expected in 2021 and 2022. Silversea plans to introduce its 100-passenger Silver Origin in the Galápagos in 2020.

Known for its river ships, Scenic Luxury Cruises & Tours plans to send out its first ocean ship, the 228-passenger Scenic Eclipse, in early 2019, visiting places like Panama and Colombia (10 days from $9,295) and Alaska (13 days from $6,645), and carrying a six-passenger submarine and two helicopters.

Smaller ships make it possible to pull into smaller or shallower ports, such as the French Iles des Saintes in the Caribbean, and many expedition ships, such as the new Lindblad ship, are built to navigate polar ice.

Not all expedition cruises visit extreme destinations. Sometimes they go culturally deeper. Since 2010 the luxury tour operator Abercrombie & Kent has been chartering Ponant ships to offer expedition cruises in places such as Japan and Antarctica by reserving entire ships and bringing in its own experts and guides.

In 2018, the company began expedition cruises in Greece, and in 2019 it will add Italy, following the coast from Livorno on the Mediterranean south around the boot and back up to Venice (13-day trips from $11,995 a person), as well as the remote Kimberley region of Australia (13-days from $15,495 a person).

“These new expedition cruises will attract a more adventurous person who may not be looking for a cruise but now sees this as an easy way to get to outer islands or parts of Japan without flying around a lot,” Ms. Rappoport said.

FacebookshareGoogle+sharePinterestpin it
Heads Up: Is Munich Getting Cool? Look for the Boat on the BridgeBites: In San Francisco, a Younger Sibling Acts Out
Latest