Unhitched: Redux: Older, Wiser and Still Very Much in Love 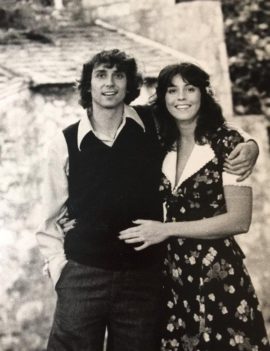 In Unhitched, couples tell the stories of their relationships, from romance to vows to divorce to life afterward.

An early marriage led to a quick divorce and it took decades, and several more marriages, for this Texas couple to find their way back to each other.

The difficult childhoods and lack of relationship skills thwarted all attempts for successful matrimony for Sjanna Leighton, 67, and Peter Leighton, 70, until, in midlife, they found they were in a different place, but also a familiar one.

Where did they grow up?

She grew up in San Antonio, with a working father and stay-at-home mother, though the home was not a happy one, she said. At 14, her father died of a heart attack.

He grew up relatively affluent in Weatherford, Tex., a small, conservative town. “I was the guy who did everything right,” he said, adding that his family wasn’t close. After graduating from Trinity University in San Antonio, he worked in the telephone industry, moved to California, then rode a bicycle back to Texas, hitchhiked to New York and then around Europe. Like many of his generation, he was “trying to find himself.”

How did they meet?

In the fall of 1972, she was home from college in Austin, Tex., and they met at a party. Both felt an immediate, strong attraction. “Our eyes met and that was it,” he said. They discovered they shared a sense of humor and many interests.

“I felt Peter liked me for who I was, something that was not usual for me,” she said. She did not return to college.

For her, his creativity and intelligence. For him, her intellect and curiosity about life.

“In my family, relationships felt so wrong,” he said. “This felt very right.”

Why did they marry?

Four months into their relationship, they moved in together. While their peers were challenging the idea of matrimony by living in communes, or living together, marriage was meaningful for Peter. “The structure of marriage fits the way I’m wired,” he said.

“I wanted to be married and I didn’t comprehend what that meant,” she said.

What was the response from their parents?

Neither one was in communication with their parents; she had stopped talking to her mother when she went to college. He told his parents after the marriage; his mother felt compelled to get their photo in the local paper. “My family pretended well,” he said.

How were the early months?

Both say the beginning was magical, but reality soon set in. She was working in a restaurant, he was trying to make it as a photographer, but their finances were deteriorating. They purchased a car that turned out to be a lemon. She was supporting them, but barely. “I couldn’t see what to do,” she said. “We were so young and immature, and had no models to look to for help.”

“I was spending more time making art than making our marriage work,” he said.

Friends advised them to break up and move on.

Other signs of trouble?

Neither of them knew how to argue or even talk things through. “I’d spent most of my life positioning myself so that no one would be unhappy with me but none of those strategies of my past worked with Sjanna,” he said.

Did they try to work on things?

Having been raised in homes where they had walked on eggshells, they continued to do so. She was convinced he regretted marrying; he felt like he was failing her. “We were connected when not under stress, but ill-prepared to deal with each other when we were,” he said. 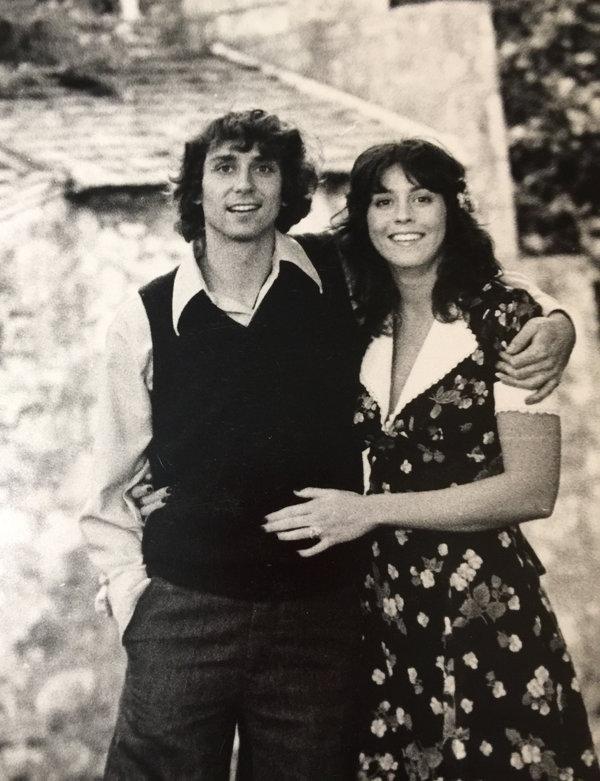 Sjanna and Peter Leighton on their first wedding day, May 13, 1973. They divorced the following year, but married each other again more than 30 years later.CreditRichard Gibbe

Who asked for the split?

In March that first year, she came home from work one day and he had left and moved in with a friend. “I thought she would be a lot better off without me,” he said. “I was hoping that she would want me back.” Neither gave an inch in what turned out to be a silent stand off.

“That day was one of the most traumatic in my life,” he said.

The final break up?

A few months later, she talked to a lawyer friend who helped her file for divorce.

Did they feel stigmatized?

She was humiliated and felt rejected publicly. Divorce made her feel like she was the problem her mother always thought she was. “I acted like everything was O.K. but inside I was crushed,” she said. He didn’t feel any stigma, but fell into a depression that lasted many years.

How did they fare financially?

It was rough for both.

How did they move on?

In 1977, she moved to California and eventually joined an evangelical church. “At the time, it helped to have a path and to know that God accepted me, warts and all,” she said. In 1980, she married a minister, and lived in Texas, Colorado and New Zealand. They had four children. That marriage broke up 27 years later in 2007. “If you are an evangelical Christian in an unhappy marriage you are just supposed to make it work,” she said.

Mr. Leighton started therapy. In 1979, he married again, then divorced four years later. At 40, in 1988, he married again. With this third wife, he had three children and adopted another. That relationship lasted 18 years.

Did they keep in touch during these relationships?

In 1983, she was with her son and was pregnant with her second child when they saw each other in Texas and had a pleasant conversation. He had heard she was a missionary and was happy for her. It wasn’t until 2007, when she was divorced and living in Texas, that she found him online. “I was examining my life, trying to figure things out, and looking to find peace,” she said.

He was then 59 and she 56. After a few emails, they met in a cafe and talked. It went well. At first they were cautious. Eventually she asked, “What happened to us?” Both let down their guard and talked about their struggles. Neither imagined a new relationship together but within weeks they felt the same magic they did when they were young.

What was it about each other, this time?

“I could talk to her as honestly as I would talk to a therapist, when we were first together we didn’t know much about ourselves,” he said.

He was still kind and this time she trusted him.

How did they make a new life?

He had his children every other weekend so they spent alternate weekends together. They married Dec. 20, 2007, but kept it a secret from their children for awhile. Within five months, everyone knew.

How did their kids react?They didn’t tell them for a while and didn’t move in together for seven months. Of their eight children, the youngest was 13, the oldest 26 then. Her children were fine, but his were shocked. “In my previous marriage we were good at hiding problems, so the kids didn’t know much about why their mother and I had split,” he said.

What would you have done differently in the first marriage together?Both wished they had stuck with it, but note that their childhoods affected the relationship negatively. Therapy would have helped, he said, but in 1973 that wasn’t an option. Both say they needed tools to deal with conflict and both caution against marrying young.

Looking back, what marriage advice would they offer?

“Having pretenses is a fool’s game,” he said. “And work on yourself.”

“I thought I would find love like Peter and I had around every corner, but it’s not everywhere,” she said. “We believed the song ‘All You Need Is Love’ and we thought we could do it better than our parents, but it was way more complicated.”

Both say they are more honest and comfortable with themselves now.

“Keep examining yourself and try to figure out what went wrong so you don’t do it the same way the next time,” he said.

“Love is easy, relationships aren’t,” she said. “Make mistakes but never lose respect. Love can’t change a anyone, but it can help people heal.”

In 2008, the financial crisis hit them hard and they struggled for a time but they’ve been remarried now nearly 11 years. “At 70, this is the happy ending,” he said. “I managed to screw up a lot of stuff before, but life has certainly turned out well.”

“My expectations are more real this time around and I love him more every year,” she said.

FacebookshareGoogle+sharePinterestpin it
Presenting ELLE’s 24 Days of GiftsNo Cash, No Heart. Transplant Centers Need to Know You Can Pay.
Latest