Trump Officials Broaden Attack on Health Law, Arguing Courts Should Reject All of It 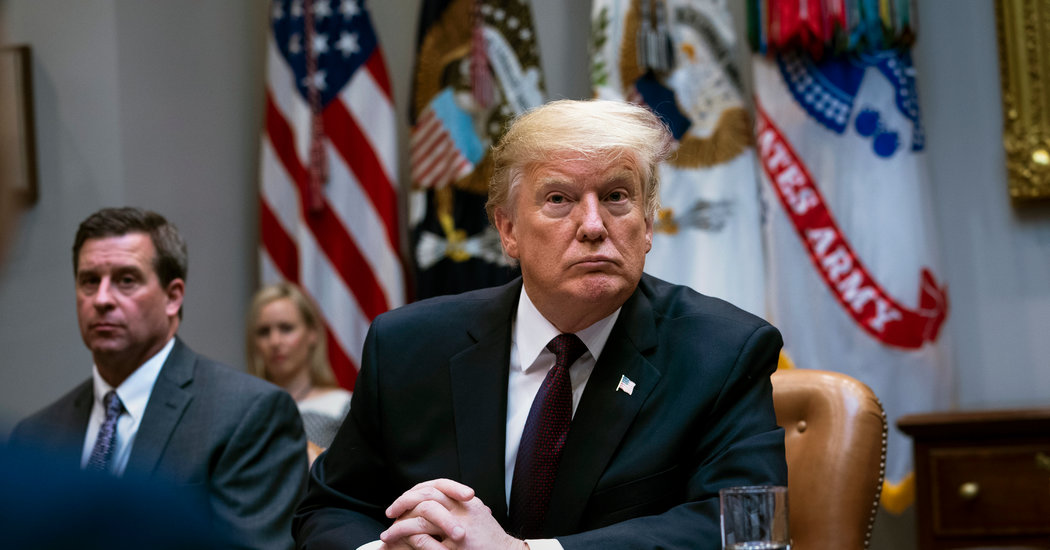 WASHINGTON — The Trump administration broadened its attack on the Affordable Care Act on Monday, telling a federal appeals court that it now believed the entire law should be invalidated.

The administration had previously said that the law’s protections for people with pre-existing conditions should be struck down, but that the rest of the law, including the expansion of Medicaid, should survive.

If the appeals court accepts the Trump administration’s new arguments, millions of people could lose health insurance, including those who gained coverage through the expansion of Medicaid and those who have private coverage subsidized by the federal government.

“The Justice Department is no longer asking for partial invalidation of the Affordable Care Act, but says the whole law should be struck down,” Abbe R. Gluck, a law professor at Yale who has closely followed the litigation, said on Monday. “Not just some of the insurance provisions, but all of it, including the Medicaid expansion and hundreds of other reforms. That’s a total bombshell, which could have dire consequences for millions of people.”

The new position is also certain to reignite a political furor over the Affordable Care Act, ensuring that it will figure even more prominently in the 2020 elections. Democrats have been saying that President Trump still wants to abolish the law, and they can now point to the Justice Department’s filing as evidence to support that contention.

[What happens if Obamacare is struck down? Read more.]

The Justice Department disclosed its new stance in a two-sentence letter to the United States Court of Appeals for the Fifth Circuit, in New Orleans, and will elaborate on its position in a brief to be filed later.

In the letter, the Justice Department said the court should affirm a judgment issued in December by Judge Reed O’Connor of the Federal District Court in Fort Worth.

Judge O’Connor, in a sweeping opinion, said that the individual mandate requiring people to have health insurance “can no longer be sustained as an exercise of Congress’s tax power” because Congress had eliminated the tax penalty for people who go without health insurance.

Accordingly, Judge O’Connor said, “the individual mandate is unconstitutional” and the remaining provisions of the Affordable Care Act are also invalid.

In its letter to the appeals court, the Justice Department said on Monday that it “is not urging that any portion of the district court’s judgment be reversed.” In other words, it agrees with Judge O’Connor’s ruling.

In the nine years since it was signed by President Barack Obama, the Affordable Care Act has become embedded in the nation’s health care system. It changed the way Medicare pays doctors, hospitals and other health care providers. It has unleashed a tidal wave of innovation in the delivery of health care. The health insurance industry has invented a new business model selling coverage to anyone who applies, regardless of any pre-existing conditions.

The law also includes dozens of provisions that are less well known and not related to the individual mandate. It requires nutrition labeling and calorie counts on menu items at chain restaurants. It requires certain employers to provide “reasonable break time” and a private space for nursing mothers to pump breast milk. It improved prescription drug coverage for Medicare beneficiaries, and it created a new pathway for the approval of less expensive versions of biologic medicines made from living cells.

Lawyers said invalidation of the entire law would raise numerous legal and practical questions. It is, they said, difficult to imagine what the health care world would look like without the Affordable Care Act.

The Trump administration’s new position was harshly criticized by the insurance industry and by consumer advocates.

Leslie Dach, the chairman of Protect Our Care, a consumer advocacy group, said: “In November, voters overwhelmingly rejected President Trump’s health care repeal and sabotage agenda. But he remains dead set on accomplishing through the courts what he and his allies in Congress could not do legislatively: fully repeal the law, devastate American health care and leave millions of Americans at risk.”

The Trump administration’s new stance appears to put Republicans in Congress in an awkward position. They have repeatedly tried to repeal the health law. But in the last year, they said over and over that they wanted to protect coverage for people with pre-existing conditions, and those protections are among the law’s most popular provisions.

The lawsuit challenging the Affordable Care Act, Texas v. United States, was filed last year by a group of Republican governors and state attorneys general. Officials from California and more than a dozen other states have intervened to defend the law.

The Texas lawsuit “is as dangerous as it is reckless,” Xavier Becerra, the attorney general of California, said on Monday as he filed a brief urging the appeals court to uphold the law.