TIMES INSIDER: I Wanted to Change the World for Gay Black People. Starting With Myself. 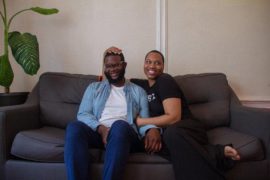 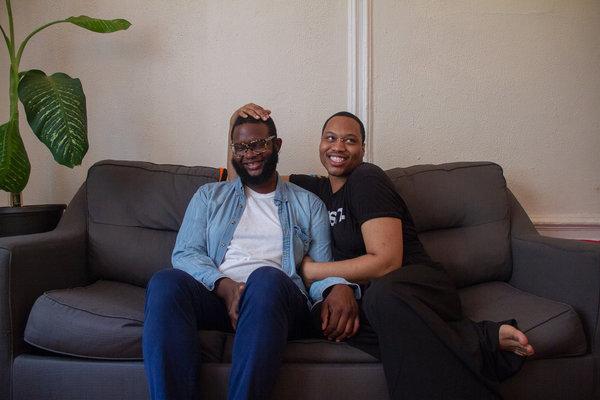 Marquis Facey (left) and Hassan Williams were among the couples featured in “Queer Love in Color.”CreditJamal Jordan

Last year, I published an article that changed my life.

I was a few weeks into my job at The New York Times when I realized I was never taught how to love another gay, black man.

I mean, I’d done it. I’ve had fulfilling relationships and I’ve said “I love you” and meant it. But did I really know what I was doing? Did any of us? It’s hard to do something you’ve never seen. For most of my life, the most visible queer couples in media have been white. I’d always been aware of this, but I didn’t realize what it was doing to my head.

So I made a list of all the things in my life I started to question soon after working here.

I got to thinking.

Six months earlier, I had been in Orlando, at a gay bar with a young man named Josean, whose two best friends were murdered in the Pulse Nightclub shooting 357 days earlier. We were searching for Khia, rapper of “My Neck, My Back” fame, who was performing a benefit show for survivors of the shooting and their families. (We never found her.)

Late that evening, I met another young man, who, upon learning I was a journalist, lamented the media’s coverage of the Pulse shooting and its aftermath, and the focus on bloodshed and tragedy over the community’s continuing story of strength and triumph.

I was emotionally overwhelmed by both that story and that moment and felt a clarity of mission that I’d never felt before.

I remember wishing I had someone to talk to. Or alcohol. Or tacos. (There are great tacos in Orlando.)

Instead, back at my hotel, I cried and watched TV and eventually I was no longer awake.

About a year after crying myself to sleep in that Orlando hotel room, I wrote and photographed an article called “Queer Love in Color” for The New York Times. That was a life-changing experience, too, in the literal sense. I grew more optimistic about love, the queer community and our ability to honestly represent the two in our reporting. 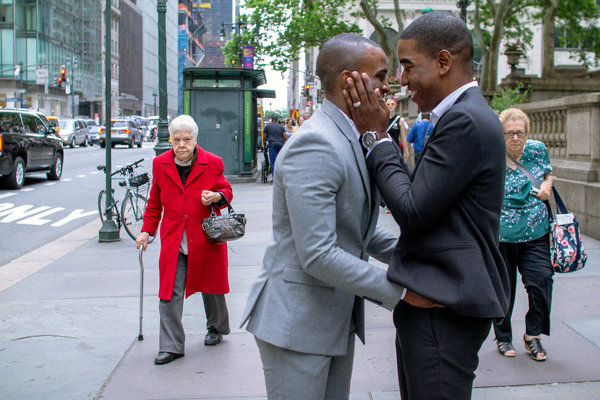 And queer couples of color started approaching me, randomly, to show me their love, which is a thing that can happen when @NYtimes retweets you (and your profile picture) to its 42 million followers.

Very late one weekend night, between the hours of 4 a.m. (when most New York City bars close) and 5 a.m. (when the Artichoke Pizza in Bushwick, Brooklyn closes), a young black man approached me as I was waiting to buy a crab slice. He pulled me out of line and introduced me to his partner. He mentioned my article, told me a bit about their story and left me with: “I just wanted you to know that our love is possible.”

I’ll be spending the rest of the year continuing the journey I unwittingly started after publishing “Queer Love in Color.” I’ll be making a narrative photography book to be released by Ten Speed Press, an imprint of Penguin Random House, in early 2021. (Hopefully. I don’t know how any of this works.) I’m hoping to meet 100 queer couples of color across the country and the world, to the extent that my budget and time management skills allow. I’m going to collect stories and photographs and, I hope, answer those three big questions I’d asked myself way back in January 2018.

I recently went to my hometown, Mobile, Ala., home of America’s first Mardi Gras celebration (and a leprechaun people love to tell me about). Between Mardi Gras parades, I went to visit the house I grew up in, which has been abandoned for about a decade. I hadn’t been there since I was 12: an age at which I was bullied mercilessly and still felt dirty saying the words “I’m gay” out loud. I’d thought about taking my life, but only once, because I still held hope that I could live a life like the one I do now.

This book is for that kid.

If you’d like to be a part of it, send me an email at queerloveincolor@gmail.com. I’ll be working on it for the rest of the year.

FacebookshareGoogle+sharePinterestpin it
Vows: A Business Trip Yields the Investment of a LifetimeWork Friend: My Company’s I.T. Director Is Holding My Data Hostage
Latest