Thomas Carter, Accused of Harassing Employees, Has Left His Restaurants 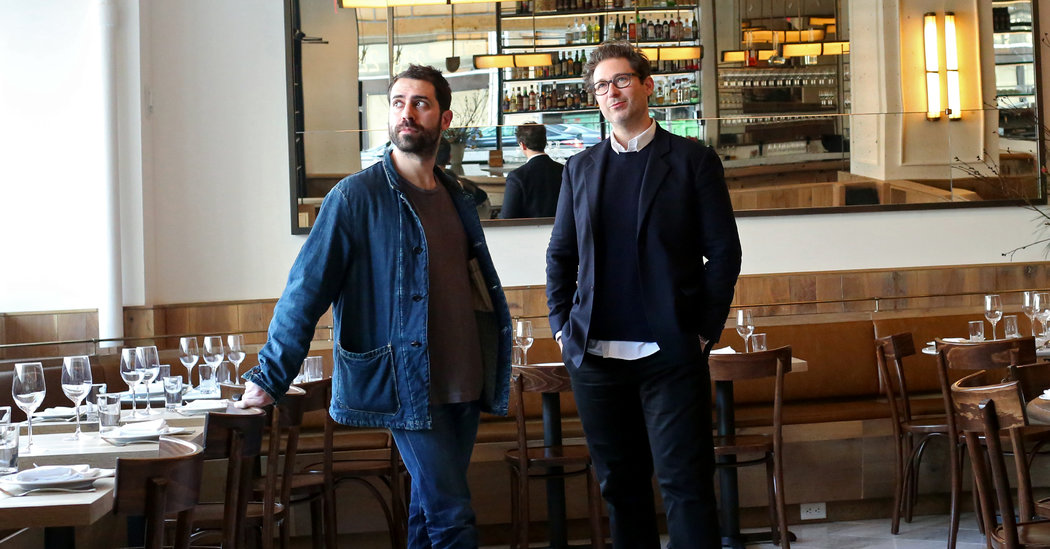 The restaurateur Thomas Carter and the chef Ignacio Mattos, who together built an influential group of quirky-cool Manhattan restaurants from 2013 to 2017, have formally ended their relationship. Mr. Mattos has bought all of Mr. Carter’s interest in Estela, Café Altro Paradiso and Flora Bar, the restaurant group said in a statement on Friday.

This move makes Mr. Carter the first New York City restaurateur recently accused of harassing employees to be entirely ousted from his businesses. A spokesman for the group said that from now on, Mr. Carter would not benefit financially in any way from the restaurants. The chef Mario Batali and the restaurateurs Ken Friedman and Julian Niccolini continue to collect profits from the enterprises they built.

In August, Mr. Carter stepped away from his three restaurants after the website Eater published an article detailing a pattern of verbally abusive and sexually suggestive behavior by the restaurateur, based on interviews with more than 30 former employees. The article also quoted several unnamed people as saying that Mr. Mattos, the more publicly celebrated of the two partners, had been aware of Mr. Carter’s behavior. Both men apologized publicly, but denied that Mr. Carter had done anything other than use inappropriate language.

The two men were partners in the restaurant group, Matter House; Mr. Mattos acted as chef and Thomas Carter as sommelier and floor manager.

The hip, modern minimalism that they specialized in was instantly appreciated by customers and critics. President Barack Obama and Michelle Obama made it a stop on one of their “date nights” in New York City. Together, the three restaurants hold six stars from the New York Times critic Pete Wells, who named Flora Bar one of the best new restaurants of 2017.

Mr. Carter did not comment on his departure from Matter House, but his lawyer, Lawrence Haut, said the group’s statement had been approved by both parties. It read, in full: “Ignacio Mattos and Thomas Carter have come to a mutual agreement to part ways, with Mattos purchasing Carter’s interests in Estela, Cafe Altro Paradiso and Flora Bar. Carter has resigned from all of his positions and will no longer be associated with the restaurants or management company.”

In an email, Mr. Mattos said, “Right now I’m focusing on my staff, and very grateful for the team I work with every day.”

FacebookshareGoogle+sharePinterestpin it
The Perfect: Gifts to Buy at the MallELLE Editorial: His and Hers
Latest