The Return of Bleecker Street 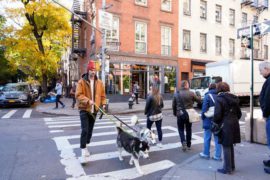 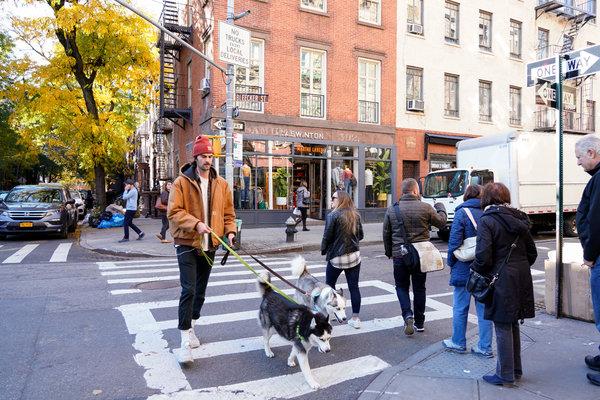 A once vacated strip in the West Village of Manhattan is back on the retail map.CreditRebecca Smeyne for The New York Times

“Did you ever see ‘Gilmore Girls’?” said Rachelle Hruska MacPherson, the founder of Lingua Franca, an Instagram-born line of cashmere sweaters, hand-stitched with punchy and political sayings like “booyah” and “i miss barack.”

Ms. MacPherson was seated in a sunny corner of Bonberi Bodega, a wellness blog turned health food market adjacent to her own store on Bleecker Street, both of which opened earlier this fall.

“This street reminds me of that show,” she said, waving to a passer-by outside. “A small town that’s full of cool, vibrant people doing interesting things.”

Yes, Bleecker Street — specifically the quaint, five-block stretch in the West Village that until very recently was so pockmarked with empty storefronts that it was described in The New York Times as looking like “a Rust Belt city” — is alive and kicking, once again.

Nicole Berrie, the founder of Bonberi Bodega, a food and wellness market.CreditStefania Curto for The New York Times

Gone are the big-name luxury labels like Marc Jacobs, Michael Kors and Ralph Lauren. The last of the bunch, Brunello Cucinelli, closed its doors in October. In their stead are young, digitally native brands, many of them run by women.

Aside from Lingua Franca and Bonberi, there is Hill House Home, Margaux, the Daily Edit, St. Frank, Huckberry, Naadam, Slightly Alabama and Buck Mason. They are a well-curated mix of small brands with big ideas, and beloved online customer bases, eager to experience them in real life.

This was exactly the thinking of Brookfield Properties, the real estate company behind Brookfield Place, the commercial complex in Lower Manhattan. Last April, after exorbitant rents and a dearth of shoppers had driven out most of the businesses along an expanse of Bleecker, Brookfield bought four retail properties with seven storefronts, and immediately set to work rethinking the landscape.

“Bleecker was never meant to be Fifth Avenue 2.0,” said Sara Fay, the vice president for marketing at Brookfield Properties. “We wanted brands with a social media following that they could leverage, and continue their engagement with.”

With the help of the creative strategy firm Skylight, Brookfield brought in Lingua Franca, Bonberi, Slightly Alabama (an online leather accessories label) and Prabal Gurung (the lone traditional fashion house) and worked out short-term lease agreements as well as revenue shares, the specifics of which remain undisclosed.

Hill House Home, a bedding and bath line that led the way, was not part of the Brookfield plan. The line opened its bricks-and-mortar space at 395 Bleecker Street just over a year ago on a leap of faith. Back then, the block was pretty bare, save for Magnolia Bakery and Bookmarc, the last vestige of Marc Jacobs’s six-shop empire.

“Almost everyone was like, ‘Don’t do this,’” said Nell Diamond, its founder. But she lived in the West Village and loved Bleecker Street, and in touring its vacant spaces she found that rents had dropped from their late-2000s high of $500 to $600 per square foot to $200 to $300. And despite the dire landscape, she did not believe retail was dead.

“Bad retail is dead,” said Ms. Diamond, whose business has grown fast since its introduction in 2016, buoyed by a new generation of shoppers.

Instagram has been especially important. “That’s basically where all the magic happens for us,” she said, noting that she conducts polls on Insta Stories before offering products like $88 white Turkish cotton towel sets debossed with the words “Soap” and “Water,” released last month.

Her store, as she sees it, is like a community center, where customers can not only feel the product, but also discover “test” items like the cotton nightgowns she is thinking about offering in the spring. There are also artisanal designs from other small brands, like Paul Arnhold’s handblown glassware and Ann Marie Murray’s porcelain boxes hand-painted with “LOL.”

Rachelle Hruska MacPherson, left, the owner of Lingua Franca, and the painter Ashley Longshore (her artwork is in the window) at an election night event at the shop.CreditRebecca Smeyne for The New York Times

Customers may even witness a broadcast of Ms. Diamond’s weekly podcast, “One Quick Thing,” about women and work. And they will be welcome at her book club, which she plans to start in the new year. “The store is important for a million aspects,” Ms. Diamond said. “The last of which is sales.”

Such is a common chorus among her new neighbors, most of whom rely mainly on online sales and so are able to use their jewel-box spaces for feel-good projects and happenings.

“Our followers want something more than what we’re selling,” said Nicole Berrie, the founder of Bonberi, at 384 Bleecker. In addition to charcoal toothpaste, gingham shopping totes from Trademark and her cultish “dulse Caesar salad,” Ms. Berrie has been holding an evening talk series called Wellness Wednesdays. Featured guests have included the green skin-care expert Tata Harper and the colonics guru Gil Jacobs.

Since opening Lingua Franca, at 382 Bleecker, on election night, Ms. MacPherson has had Jessica Yellin, a former CNN reporter, conduct the news (via Lingua Franca’s Insta Stories) from the store’s couch, and Senator Kirsten Gillibrand has signed copies of her new children’s book, “Bold & Brave.”

Earlier this week, Ms. MacPherson released a sweater collaboration with Focus Features for its Ruth Bader Ginsburg biopic, “On the Basis of Sex,” which opens on Christmas Day. A portion of the sales of the sweaters, which say, “all rise,” will be donated to the America Civil Liberty Union’s women’s projects.

Naadam, at 392 Bleecker, offers affordable cashmere responsibly sourced from, and made in, Mongolia. CreditStefania Curto for The New York Times

“The stores that are opening up all have strong values — they’re adding something meaningful — and that makes people want to shop,” said Matthew Scanlan, a founder of Naadam, a three-year-old online knitwear company that offers cashmere clothes responsibly sourced from, and manufactured in, Mongolia. Spurred by news of Brookfield’s takeover, he opened his store at 392 Bleecker Street in September.

Stocked with $75 cashmere sweaters (hot tip: a new batch of olive, oatmeal and ginger-colored ones arrived this week) and hot cocoa on the weekends, the store has been doing brisk business. “Way above what we projected,” he said.

Making Naadam feel all the more cozy is its congenial relationship with other brands on the block. Lingua Franca has long used its sweaters, and Huckberry, a men’s shopping website that opened its store at 383 Bleecker Street a month ago, sells them.

“When they do well, we do well,” Mr. Scanlan said.

Margaux, a ballet slipper label, at 387 Bleecker.CreditStefania Curto for The New York Times

That kind of connective tissue exists among many of the brands, giving the street an even greater sense of community. Before Margaux, a ballet slipper label started by Alexa Buckley and Sarah Pierson, opened its doors at 387 Bleecker Street in July, Hill House Home held a trunk show for the line.

St. Frank, an online home goods store at 373 Bleecker Street that works with artisans all over their world, helping to sustain their craft, collaborated with Lingua Franca on a collection of pillows.

Bonberi provided Hill House Home with its Drink the Sun green juice for an event. And Cynthia Rowley, the self-described O.G. of the block, having been there since 2005, sold Lingua Franca sweaters in her store when the label was introduced.

“It’s super-exciting what’s going on now,” said Ms. Rowley She was devastated when her designer friends closed shop, she said, and her hope is for at least one of them return: “My dream would be for Marc Jacobs to come back, with his grunge collection.” 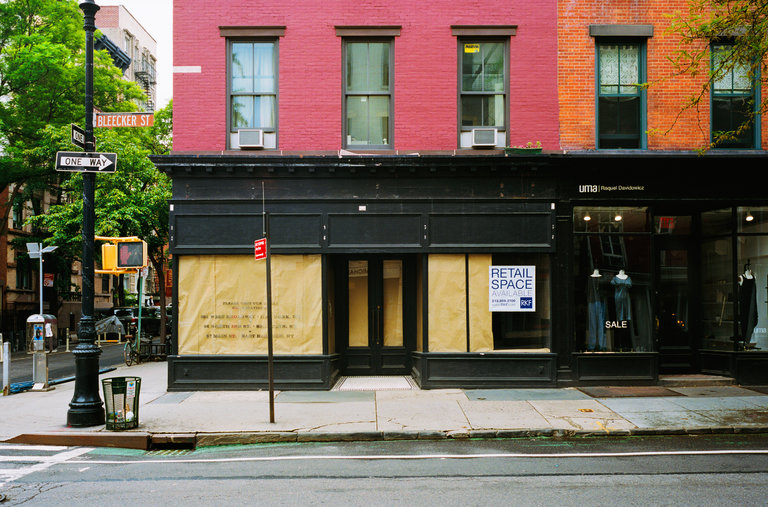 FacebookshareGoogle+sharePinterestpin it
The 52 Places Traveler: Japan Offers Lessons in Eating, Walking and Bridging the DistanceAccepting Alzheimer’s, One Lost Memory at a Time
Latest