The Return of a Magazine That Changed Culture 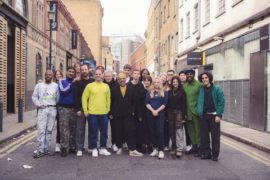 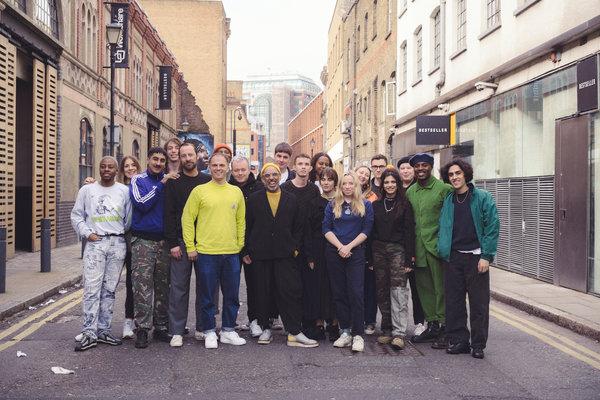 In the January 1999 issue of The Face, a British style magazine, there was an anonymous letter from a gay closeted 17-year-old schoolboy. He wrote that a feature in the magazine about gay hip-hop clubs gave him “a glimmer of hope.” The letter was signed, “can’t-say-my-name-in-case-I-get-sussed-out.”

The writer of that letter was Stuart Brumfitt. Twenty years later, Mr. Brumfitt is now the editor of a new iteration of The Face, 15 years after the magazine folded, in 2004. “That’s what The Face was to me growing up,” Mr. Brumfitt said.

The Face was long a source of cultural awakening for generations of British youth. Its return comes with the same logo as when it closed. This new Face will first be an Instagram account, live this week, then a website, starting in mid-April.

The first new issue will not appear until late summer. Previously a monthly, the magazine will now appear quarterly. Publishing has changed completely since the pre-internet days of The Face’s founding, in 1980. With so much talk of branding and creative content, is it even journalism anymore?

In the beginning, it was. Founded by the editor Nick Logan as a music magazine with an eye for style, it showcased David Bowie, John Lydon and Siouxsie Sioux among its first covers. Early contributors included Julie Burchill, Jon Savage and James Truman, who would go on to become the editorial director of Condé Nast.

With each issue, the magazine quickly broadened to track night life, youth culture, politics and fashion. “There was this view of The Face as a fashion magazine, but it wasn’t,” said Paul Gorman, the author of “The Story of The Face: The Magazine That Changed Culture.” “It was a general interest magazine.”

The Face offered something new. “All these things we now take for granted didn’t really exist,” said Princess Julia, a D.J. and artist who has been a linchpin of London counterculture since the 1970s. At the time, Julia was living in a London squat with friends like Stephen Jones, now the milliner for labels such as Dior and Marc Jacobs. “I mean, who’d heard of a stylist in 1981?”

Face readers were obsessive. I was one of them, living in a small village 100 miles north of London. I bought my first issue, April 1986, at age 12. The magazine taught me how to read with discernment. It was personal: None of my friends cared. All that mattered to me was that, each month, I soaked up its information and let it push my own thinking about what was possible.

Its readers were not just in Britain. “I was going to the mall to buy a 12-inch,” said Honey Dijon, a D.J. and producer who grew up in Chicago. She was a teenager in the 1980s. “They had these magazines on the countertop at JR’s Music. I freaked out because I’d never seen a man in a skirt on a magazine before.”

The magazine was the November 1984 issue of The Face, and its cover features a buff male model shirtless, wearing a blazer and kilt, a Union Jack flag over his left shoulder. Honey Dijon was an immediate avid reader. “I started looking at it, and it bugged me out,” she said. “It was my gateway.”

That cover was shot by Jamie Morgan, part of a collective called Buffalo, with the stylist Ray Petri. Their look was born in the pages of The Face, mixing sportswear with fashion and pushing perceived notions of gender, an attitude deeply resonant in fashion today.

“The Face was against fashion magazines,” Mr. Morgan said. “It created a new template. It was a time before the designers and the clothes were the heroes. The heroes were the photographs and the cultural references.”

For Alessandro Michele, the creative director of Gucci, it was all about the mix. “The Face was not only a bible magazine,” he wrote in an email. “The Face was The Face. It was what I used to buy in the nineties. I adored it because it was something more than a fashion magazine. It was the visual and written essay of that moment in time, the perfect union of everything.”

Mr. Michele has been granted permission to use the Face logo on Gucci T-shirts and hoodies for pre-fall 2019. “I hope the new team will have the same contemporary sharp vision as the original did,” he said.

That vision provided many celebrated fashion images, like a July 1990 cover of a 16-year-old Kate Moss wearing a Native American headdress, which would nowadays be seen as cultural appropriation.

“When Corrine Day and Melanie Ward’s cover of Kate Moss came out, it felt like the fashion world had literally changed,” said Katie Grand, an editor and stylist who became fashion director of The Face in 1999; she later helped found Pop magazine, founded Love magazine and consulted for Miu Miu, Marc Jacobs and other labels. “It was so unlike anything else that had been documented in a high fashion title.”

OF THE NEW FACE, there is so far little meat on the bone. The team has just moved into their office, off Brick Lane in east London. Some staff have laptops raised on Nike boxes. A conference room has chairs but no table.

“I’ve been trying to buy The Face for the last 15 years,” said Jerry Perkins, the chief executive of Wasted Talent, which in 2017 acquired The Face from Bauer Media, the company that had inherited the dormant title.

The first issue of The Face that Mr. Perkins bought was November 1980, the seventh ever published, when he was in his midteens. “I genuinely think that buying that issue is what got me into publishing in the first place,” he said.

Mr. Perkins believes it’s the right time for a restart. “The really interesting new stuff always grows between the gaps that no one really expected,” he said. “With digital media now, there isn’t anything that can identify new stuff and say, ‘Yes, this is interesting and important,’ and talk about why it’s important.”

Mr. Brumfitt, the editor, says he wants to set a steady pace on the website, away from the anxieties of newsfeed culture. “Hopefully we’ll make a space where people can slow down and get some perspectives,” he said. “What was so good about The Face, what I loved about it, was this radical clashing of subject matters.”

The Face was famous for spotting youth movements, particularly New Romantics and acid house. “I don’t think The Face ever invented subcultures — it documented them,” Mr. Brumfitt said. “I saw this guy on the plane to New York, this 20-year-old, wearing a ringmaster’s outfit — this white shirt with billowing sleeves and a top hat. I was, like, I really hope this guy is part of a new tribe. But I’ve not seen anyone like him since.”

“One thing we’re doing with the website is doing a lot of audio on there,” Mr. Brumfitt said. “A lot of people are now just sending voice notes to each other, not bothering to text. Texting is totally passé. And obviously with the rise of podcasts, we were, like, audio is the new text.”

BESIDES THE DESKBOUND STAFF, the title will employ a globally roaming band of contributors that form a creative team, including the designer Grace Wales Bonner, as well as Acyde and Tremaine Emory, who design the label No Vacancy Inn. They are the kind of people whose Instagram accounts make you click further to try and understand what they’re posting about.

“This is a new tier of person,” Mr. Brumfitt said, “these fascinating cross-cultural characters who are tripping around the world. They’re often doing far more interesting things than journalists.”

Many on this creative team mix creative and commerce, curation and marketing. “They are polymaths,” said Jason Gonsalves, the brand director of The Face. It is a blurring of lines that appears key to the new Face, one that reflects a shift in the creative class.

“That whole narrative about Virgil Abloh,” Mr. Gonsalves said. “Is he a creative director, is he a designer, the fact that he’s a great communicator, is that what he does? They are indistinguishable.”

In its first years, The Face was able to make a profit from advertising and newsstand sales, according to Mr. Gorman’s book. When the magazine closed in 2004, its reputation dwindled, circulation had fallen to an unprofitable 25,000 copies a month. This reborn Face has an entirely new business model.

“How do you build an amazing relationship with people?” Mr. Gonsalves said. “How do we develop a brand that has a real reason to exist in the world?” He talked of long-form documentaries, creating brand content, e-commerce. “I think that’s so exciting, to take the craft of what The Face is all about and take it into those spaces.”

Mr. Gonsalves is clear on the breadth he would like to see. “One story I find fascinating is Cambridge Analytica,” he said. “Few of our audience really know anything about that, yet it’s so relevant to them. At the same time, I don’t see a contradiction to doing that on the one hand, and at the same time, in one of our fashion stories, linking straight through to a shop where you can buy those products. It’s seamless. You’ve got to think like that.”

It sounds like Vice, without the bad karma of that brand’s origins. Maybe it’s a new normal in publishing.