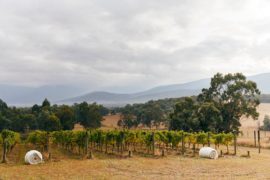 MELBOURNE, Australia — This cosmopolitan city on the southern coast of Victoria teems with great restaurants of all sorts, and the diners there are often thirsty for wine.

Whether the restaurant is Chinese or Japanese, modern Australian or a wine bar that would not be out of place in Bushwick, Brooklyn, its tables are bound to have a bottle. Often, it’s the sort of fresh, light-on-its-feet wine that for so long Americans have considered antithetical to Australia.

The American vision of Australian wine has been locked in a rigid stereotype for years, ossified by a steady diet of extremes. For many Americans, Australian wines were epitomized either by cheap commodities like Yellow Tail, which sold by the millions, or jammy, alcoholic blockbusters, which were glorified by critics doling out 98-point scores.

No matter that a middle ground always existed. With a few timeless exceptions, those wines got little attention.

This clichéd view of Australian wines reminds me of how Europeans tend to view American tastes. Regardless of the fact that wine styles in the United States have reoriented over the last 10 years toward freshness and restraint, many Europeans are stuck imagining that all American wines are the California rocket juice of a decade ago, when, to the critics, at least, bigger always seemed to be better.

My own view of Australian wine began to evolve around five years ago, after I went to a tasting in New York of some hard-to-find Australian bottles, the sorts of graceful wines that many Australians prefer to drink themselves.

Since then, I’ve wanted to visit Australia to get a better, firsthand understanding of its wines, which seemed to have far greater potential and diversity than what is easily available in this country. I finally had my opportunity this year. 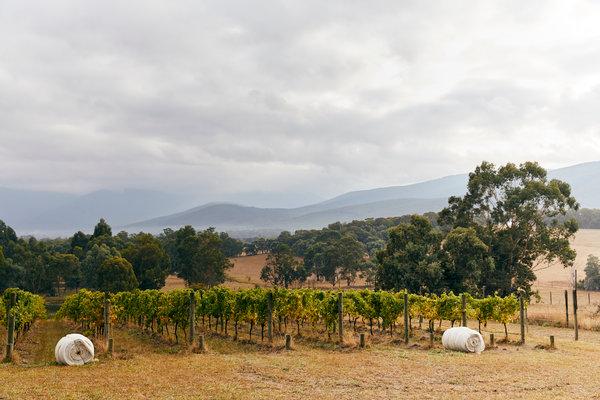 One of the vineyards grown by Mac Forbes, a thoughtful producer who makes a wide variety of intriguing wines in and around the Yarra Valley.CreditJohn Laurie for The New York Times

During a three-week trek through Australian wine regions, from the Yarra Valley outside Melbourne through the Grampians, heading west to the cluster of wine appellations surrounding Adelaide, and on to the extreme southwestern regions of Margaret River and Great Southern, I found wonderful wines all over, the kinds that I would joyously seek out in the United States.

The blockbusters are still there, wines like Torbreck and Mollydooker, as are the Australian classics from longtime producers like Penfolds, Tyrrell’s and Henschke. But today, Australia has a thriving natural wine culture (more on that soon), as well as a number of producers who are achieving finesse and grace. 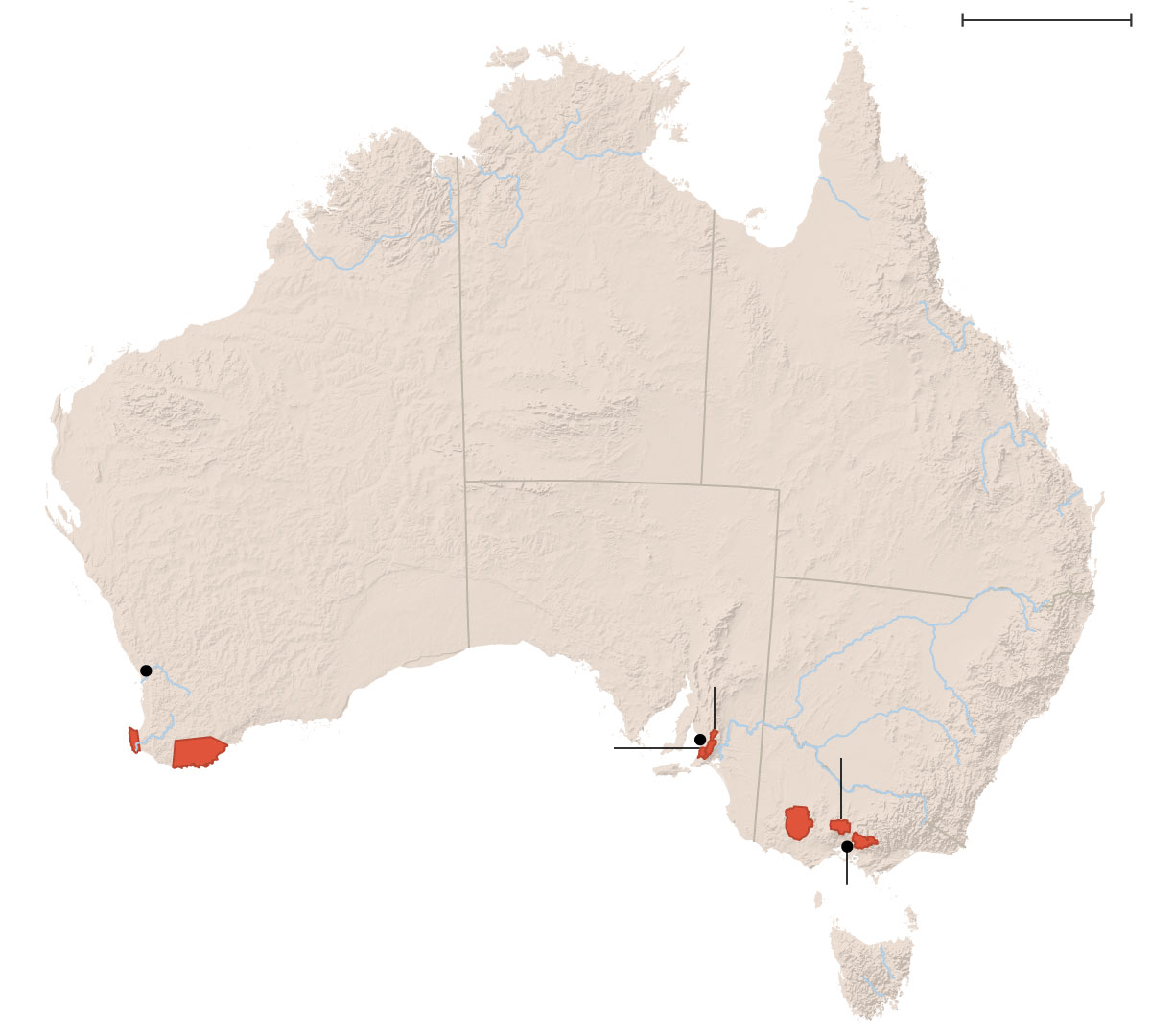 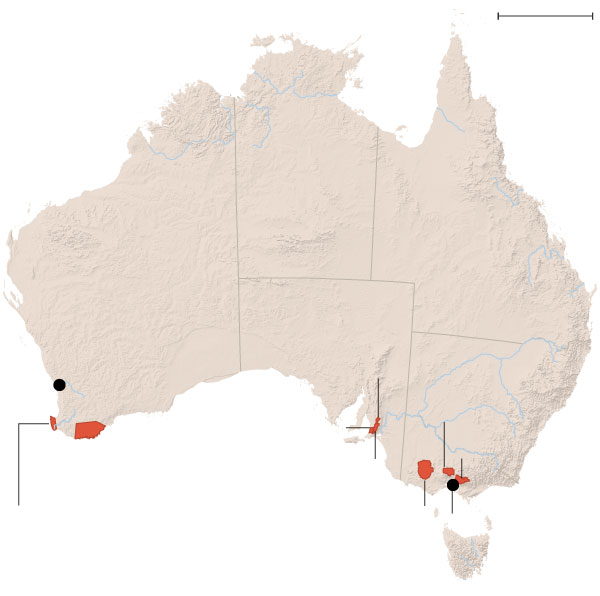 Australia, it turns out, has experienced the same sort of evolution as the United States. Though it achieved international success among critics in the 1990s with powerful shirazes from regions like Barossa Valley and McLaren Vale, many Australians came to prefer more restrained European styles.

Taras Ochota worked as a winemaker in the Barossa Valley before starting his own winery in the Adelaide Hills.CreditAndre Castellucci

Taras Ochota, a onetime surfer and punk rocker, worked as a winemaker in the Barossa Valley at Two Hands, one of the most successful companies working in the bigger style. But, he said, he always preferred lighter, fresher wines with lively acidity, so he established his own winery, Ochota Barrels, in 2008 in the Adelaide Hills.

“I wanted to make wines that were the opposite of the ‘big points,’ powerful, show winners,” he said. “It just so happened that people around the world were becoming interested in wines that didn’t dominate, that were alive.”

Mr. Ochota’s wines sing in the glass, full of energy and expressive of place and grapes. They are what the French call digestible.

The evolution in Australia has occurred largely over the last decade. Gary Mills, who hails from Western Australia, was a Japanese translator before making the transition to wine. In the early part of the century, he spent two years working at Ridge Vineyards in the Santa Cruz Mountains of California, where Paul Draper, the longtime chief executive and wine sage, became a mentor.

In 2002, Mr. Mills settled in the Yarra Valley and established Jamsheed Wines, which makes numerous small cuvées that both evoke the nuances of terroir and evolve over time. He has seen firsthand what he called “the seismic shift in Australian drinking habits” toward fresher, lower-alcohol wines.

Mr. Mills’s wines were never particularly high in alcohol, but they are not easygoing. His single-vineyard syrahs — he uses the term syrah rather than shiraz, like many who want to separate themselves from the Barossa Valley style — are firm and tannic in youth, though they become more elegant and complex with time. Younger wine drinkers in the big cities are not so patient.

“People want easy-drinking, low-tannin ‘juice,’ as they call it,” Mr. Mills said as we tasted in the workmanlike industrial winery, where he rents space to make his wines. These sorts of thirst-quenchers are often called “smashable” in Australia.

“Fashion is moving away from wines like this in Australia,” he said of his 2016 syrah from the Pyren Vineyard in central Victoria, a brooding, tannic cuvée that requires aging. “But I’ll keep making them because I love them.”

Ronnie Sanders, president of Vine Street Imports in Mount Laurel, N.J., the American importer of Jamsheed and Ochota Barrels, has specialized in Australian wines for more than 20 years.

He says he never sought out the most exaggerated wines. He worked with Two Hands, but also with producers like Michael Dhillon, of Bindi in the Macedon Ranges in western Victoria, who makes exceedingly graceful pinot noirs and chardonnays. Still, when the pushback against Australian wines began around 2003, Vine Street was affected, too.

“That’s when we started to have a really hard time selling Australian wines,” Mr. Sanders said. He never gave up on his Australian portfolio, he said, but he diversified by bringing in wines from other countries. Things did not begin to turn around, he said, until he began showing wines like Ochota Barrels to the few American sommeliers who were willing to taste Australian bottles.

Aside from the stylistic shift, many in Australia point to an increasing focus on the agricultural side of production.

“Winemaking zoomed in the ’70s and ’80s, but viticulture got left behind,” said Viv Thompson, proprietor of Best’s Great Western in the Grampians, where he has worked more than 50 vintages. “Not until the 1990s did winemakers begin to realize that grapes didn’t grow on the backs of trucks.”

It’s a sentiment that echoes all over Australia. “For a long time, farming and agriculture had been heavily dismissed,” said Mac Forbes, a thoughtful producer who makes a wide variety of intriguing wines in and around the Yarra Valley.

His view is entirely different. “We’re not trying to grow great wine,” he said. “We’re trying to farm to understand the place.” That’s a challenge.

Shaw & Smith, a medium-size producer in the Adelaide Hills, has become more precise in both its winemaking and its farming since its inception in 1989. While not certified as organic, it has eliminated herbicides and is heading in that direction, with an emphasis on the health of the soils in the vineyard.

“We’ve accepted the argument that the vines will have more resilience,” said Michael Hill Smith, one of the proprietors.

In the Margaret River region, where the maritime breezes flow in from the Indian Ocean just a few miles away, a new focus on viticulture has helped with making elegant cabernet sauvignons.

At Cullen Wines, one of the region’s early producers, Vanya Cullen spearheaded a movement to organic farming in 2003 and biodynamic viticulture shortly after. She feels the wines are more complete than before. Indeed, today, they are well-calibrated, precise and focused.

Virginia Willcock, the chief winemaker at Vasse Felix (another Margaret River pioneer practically next door to Cullen), has been there since 2007.

“I came out of uni thinking I had to make big wines modeled on the South Australia icons,” she said. “Once you learn to listen to the land and the type of fruit that grows here, you realize it doesn’t lead itself to that type of wine.”

Virginia Willcock, the chief winemaker at Vasse Felix.CreditStefan Gosatti The land and the fruit at Vasse Felix does not lend itself to the big styles of South Australian winemakers, Ms. Willcock said.CreditFrances Andrijch

Vasse Felix never produced the sort of syrupy, alcoholic style that was once popular, but an evolution in the wines is evident nonetheless, particularly in its top cabernet sauvignon cuvée, which was once called Heytesbury, but in 2013 was renamed after Tom Cullity, who founded Vasse Felix in 1967.

The Heytesbury cabernets, a selection of the best barrels, were dense, tannic and somewhat rustic. Even today, the 2008 Heytesbury is intensely tannic.

By contrast, the Tom Cullity cabernets, made from the oldest plots of cabernet and malbec, are perfumed and elegant, and show great finesse. Ms. Willcock says they remind her of the great cabernets from Margaret River in the 1970s and ’80s.

“They weren’t thick and dense at all,” she said. “They were the cabernets I fell in love with, and this is what the original vineyard here at Vasse Felix, planted by Tom Cullity, delivered.”

Australia has many fine producers now making fresh, balanced wines. Here are a dozen worth seeking out from among the wineries I visited earlier this year. 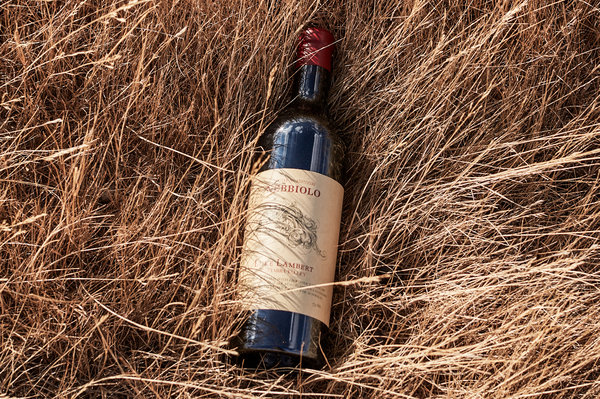 FacebookshareGoogle+sharePinterestpin it
Levi’s Goes Public, With Jeans on the Trading FloorRent the Runway Now Valued at $1 Billion With New Funding
Latest