The New Health Care: My Friend’s Cancer Taught Me About a Hole in Our Health System 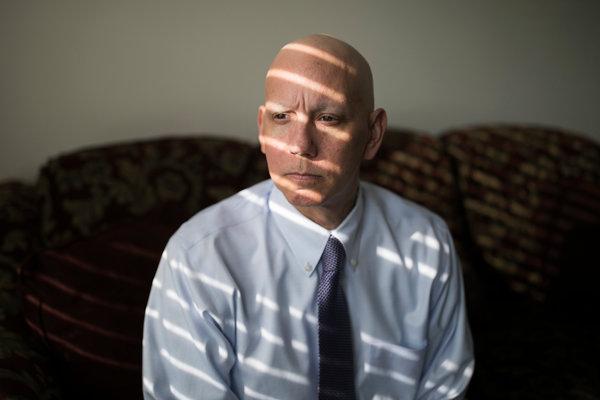 Jim Fleischer at home in Zionsville, Ind. Between surgery and chemotherapy, cancer has caused him to miss around three months of work. Friends and family have missed work, too, to help take care of him.CreditMaddie McGarvey for The New York Times

Last year, one of my best friends learned he had cancer.

In many respects he was lucky. He had great insurance. He had enough money. Partly because one of his friends (me) is well connected in the health care system, he got excellent care.

So this is not a story about how the system failed, or how people need insurance or access. He had those. He got the care. This is the United States health care system at its peak performance.

But I was utterly floored by how hard it all was.

Americans spend so much time debating so many aspects of health care, including insurance and access. Almost none of that covers the actual impossibility and hardship faced by the many millions of friends and family members who are caregivers. It’s hugely disrupting and expensive. There’s no system for it. It’s a gaping hole.

My friend, Jim Fleischer, missed a few days of work as the diagnosis was made, then missed many more after surgery. His wife, Ali, had to take time off. His mother-in-law had to come and help take care of him and the children when Ali had to go back to work (she’s a teacher).

Every appointment required Jim and Ali to take off work. They live in Indiana, and at one point they had to pay for flights and a hotel room and everything else associated with a trip to New York — none of it covered by insurance — because no one would do the second opinion remotely. (He had a kidney removed in an initial operation, then doctors found he had a rare cancer, a neuro-ectodermal tumor, instead of the expected renal cell carcinoma).

Chemotherapy is rough. After each cycle, Jim would pretty much sleep or rest for a week, unable to work. Someone had to take the time to be with him. Sometimes it was Ali; sometimes it was my wife, or me, or other friends.

Jim is the C.E.O. of an international fraternity, so his colleagues and employees are his “brothers.” They were more than willing to fill in and hold the fort as he missed about three months of work total, so far.

By my count, other adults missed at least 30 days of work to get Jim to his appointments. The economic loss — the many months of work — is the least of it. Not included is all the strain that has been put on Jim’s relatives as they’ve shifted to care for him while still maintaining all the obligations and commitments any family of five has to deal with.

Again, I should be clear that this is how the system works in optimal conditions for people with a lot of privilege. Jim is now in remission, although he’ll need to be monitored for some time. This isn’t a story of how things went wrong. And yet on many occasions I’ve wondered how Jim’s family pulled it off.

If it was this hard for him, it’s probably unbearable for many others with fewer resources. People can be financially ruined by illness — and health insurance won’t fix that.

Last year, it’s estimated that more than 1.7 million people faced a cancer diagnosis. The year before, America spent more than $147 billion caring for people with cancer. But that doesn’t include the costs outside of health care.

This year, the National Cancer Institute will spend more than $5.7 billion on cancer research. Almost none of that will investigate how to support the families of those who have the disease.

On social media, I sought out people who had survived cancer in the last few years and asked them if they’d had similar experiences. Most said yes.

Dina Burns, a public affairs consultant from Granite Bay, Calif., learned she had Stage 2 breast cancer right before her 50th birthday. She missed four weeks of work for her operation and then two months for chemotherapy. But her support team collectively missed even more.

“My sister came up from Orange County for my surgery,” she said. “She stayed with me for almost two weeks. My daughters (one in college and one in a new post-college job) both took turns caring for me. And my husband came with me for every appointment, every hospitalization, even the trips to San Francisco to see the congenital heart defect specialist. He would sit in the recovery bay with his laptop, trying to stay on top of work and take care of me at the same time. We still had a son at home in his senior year of high school, so my husband was trying to help minimize the impact on him, too.”

Kevin O’Connor, an intellectual property lawyer from Evergreen Park, Ill, and a father of four, was found to have Hodgkin’s lymphoma when he was 34. He missed about two weeks of work because of testing. His wife accompanied him to all his visits, and friends and family had to take over child care duties. He missed 18 days for chemo, which, again, his wife also attended.

“We also needed to make sure that someone — usually a grandparent, aunt or uncle — was there to look after the kids,” he said. “During my six weeks of radiation after chemo, everyone had to juggle again.”

Candice B., a disabled Maine resident who is 38 and has had multiple bouts of cancer since 2004, told me: “When I got sick, my mother stopped working entirely to help me get treatment. She lost at least three years of being in the work force over all.” Now, her best friend is responsible for getting her to her operations, she said, forcing him to miss some time at work.

Jim Fleischer and his wife, Ali, with their daughter, Madi, son Spencer, and Jeter the dog. CreditMaddie McGarvey for The New York Times

In a 2010 paper, researchers estimated the economic burden for caregivers of patients with lung and colorectal cancer. They reported that the average cost to a caregiver in the initial phase of treatment was more than $7,000. After treatment, almost an additional $20,000 was spent on “continuing” care. A study published in Cancer the year before found that over a two-year period, caregiving costs were more than $72,000 for lung cancer, $66,000 for ovarian cancer, $59,000 for lymphoma, and $38,000 for breast cancer.

The American Cancer Society’s page offers a lot of sympathy for caregivers in these situations, but it acknowledges that for many, there really aren’t any solid solutions other than asking for help from those around you.

As I learned, treating someone with cancer takes a team of supporters. But everything I’ve written here could easily apply to those with a host of other illnesses and chronic conditions. Policies that address this issue are rare.

In the United States, the Family and Medical Leave Act guarantees up to 12 workweeks of leave to care for a family member with a serious health problem. But that leave is unpaid; many people can’t afford not to work. It also applies only to a spouse, child or parent.

Moreover, the Family and Medical Leave Act applies only to employees of companies with 50 employees or more, which leaves out about 40 percent of the work force.

What about other nations? An Organization for Economic Cooperation and Development report from 2011 surveyed members, and found that even in the three-quarters of countries that have some form of paid leave, it’s for no more than a month.

What seems more important is recognizing that the efforts of caregivers are probably just as important to health as the drugs and procedures the medical system provides. Rides to the hospital are care. The time spent at home with those recuperating after procedures is care. Watching and monitoring and caring for the ill in their home is just as much care as doing the same in a hospital. We are willing to pay a fortune for the former, and almost nothing for the latter.