The Fix: The Right Backdrop for Art Is Bold. Or Maybe It’s Neutral? 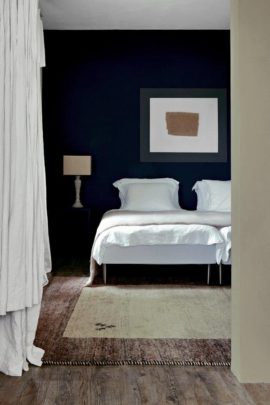 There’s nothing like art to bring life to your home, whether it’s a valuable piece you bought in a gallery, or a collection of street art you brought back from vacation. But before you hang it on the wall, consider the backdrop.

The color you paint your wall is as important as the frame you select, said Donald Kaufman, a color consultant who has worked with the Metropolitan Museum of Art in New York and the J. Paul Getty Museum in Los Angeles.

If a frame is good, he explained, “it completely disappears” — and the same goes for the wall color.

“You just don’t want to notice the wall color behind a picture,” Mr. Kaufman said. “You want it to feel like the picture or art is comfortable in its surrounding and allows you to participate with it intensely.”

So how do you choose the right color for your art? We asked the experts for guidance.

Look at the Big Picture

Begin by considering the entire room — the architectural details, the furnishings, the flooring and the amount of natural light the space gets — as well as the kind of mood you want to create. The goal, Mr. Kaufman said, is to find a wall color that will minimize any “discordant elements” that distract from the art. 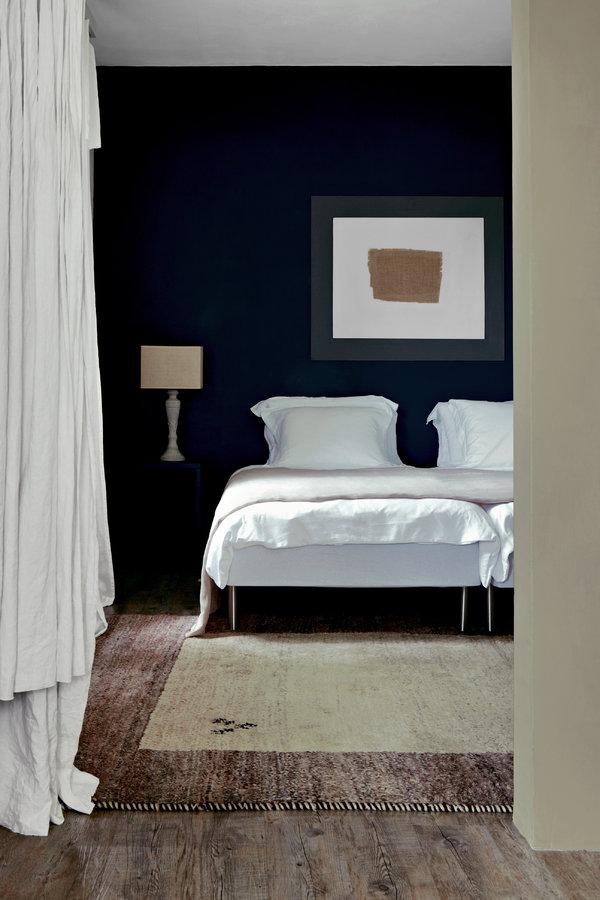 That’s something color consultants have to do even when they’re working with museums. When Mr. Kaufman developed a color scheme for the second floor of the American Wing at the Met, he said, he had to take into account several periods of American art, as well as varying lighting across galleries and architectural details like limestone wainscoting and light oak floors. The wall color he chose had to make “the stone look good without making the floor look bad,” he said, and also “neutralize the architecture,” allowing the curators to organize the paintings thematically.

The color he settled on was “a medium, warm neutral,” he said, that “took its cue” from the stone, creating a cohesive environment that receded so artwork like Emanuel Leutze’s “Washington Crossing the Delaware” and John Singer Sargent’s “Madame X” came to the fore.

His advice? First, create balance in a room by considering “how dark or light the color of the paint is,” he said, “before considering whether it’s red or green.”

The color of the paint isn’t nearly as important as its intensity, he said, and how it affects the way various elements in the room work together.

“Art tends to talk to other works of art, and you don’t want to miss that conversation,” he said, noting that the same goes for furnishings. “That’s what hanging art is about: It’s like having people over for a dinner party — who’s going to sit next to whom?”

Jamie Drake, who founded the interior design firm Drake/Anderson with Caleb Anderson, offered another way of thinking about that. “Remember you’re choosing for your home, and your home isn’t a museum,” he said. “You may want your art to be the centerpiece, but it must exist as part of the whole room.”

Consider the Style of the Art

Now that you’ve taken the surroundings into account, focus on the art. But don’t try to match it.

A matching background color won’t make the art stand out, said Ellen O’Neill, the director of strategic design intelligence for Benjamin Moore. Instead, she suggested, look for a subtle coordinating color “that draws the eye to the piece.”

“The color of the wall that supports the collection — photography, oil portraits, even collages of objects — should serve as the backup singer,” she said, something that “flatters but does not distract.”

For instance, Metropolitan, Benjamin Moore’s 2019 “color of the year,” she said, is often shown as a backdrop for vintage 20th-century portraits and landscapes. That’s because the mid-tone gray has blue-green undertones that can unify a variety of media and color combinations. And when the art is soft or muted, Ms. O’Neill said, a color like “Metropolitan freshens the presentation without upstaging it.”

On the other hand, “if you are showcasing bold graphic pieces, a backdrop that provides contrast is preferable,” said Joa Studholme, the color curator for Farrow & Ball.

That could mean using a pure white, which works well as a backdrop for contemporary art with strong colors, like a Warhol. But white walls “can be less sympathetic to more traditional art,” Ms. Studholme said. “If you hang an Impressionist painting against a white background, the radiance of the white can prevent the subtlety of the colors in the painting from being revealed.”

So what should you choose instead? “You might want to think about a shade that is reminiscent of the era of the artwork, like Georgian-inspired Paean Black,” she said. In October, Christie’s used the dark, red-based color as a backdrop for paintings and porcelain featured in its sales brochure, while the inky Stiffkey Blue was paired with French furniture, lighting and sculpture.

“Many representational pieces from the 18th, 19th and 20th centuries look most ravishing against strongly colored walls, even lacquered ones,” Mr. Drake said, citing the example of his own bedroom, where Deborah Oropallo’s “Napoleon, 2001” hangs against deep gray lacquered walls.

“The severity of the wall color, Benjamin Moore 2129-20 Soot, is a fantastic contrast to the light and exuberant palette in the artwork,” he said.

Majestic Mauve, from Benjamin Moore, is a subtle neutral that flatters a soft landscape painting.CreditBenjamin Moore

Think About the Finish

“There are no hard and fast rules when it comes to choosing a finish to hang art against,” Mr. Drake said. “The art will tell you.”

Mr. Kaufman, however, offered a word of pragmatic advice. “If you move your art around a lot, it’s easier to touch up flat finishes,” he said, adding, “the finishes I like the best are the flattest flat and the highest gloss.”

Ms. Studholme recommended flat paint for highlighting watercolors and oils, because its lack of sheen allows the art, not the wall, to reflect light. With other types of art, a high sheen is preferable.

“In very contemporary homes we are seeing the use of full gloss or estate eggshell on walls to complement bold pieces of sculpture, contemporary art and neon pieces,” she said, explaining that high-gloss walls “have a harder look to them, so create a stronger backdrop for these more graphic pieces.”

Painting the architectural details the same color as the walls — in this case, Railings from Farrow & Ball —creates a single backdrop that visually recedes, making the art the focal point. CreditFarrow & Ball

Stick With a Single Color — or Don’t

“If you want to make a big show of a piece of art,” Ms. Studholme said, paint everything in a room the same color, including the trim and moldings, so you have “as few distractions as possible.” When the architectural details are the same color as the walls, they form a single backdrop that visually recedes, making the art the focal point.

Or you could try the opposite strategy: Paint half the wall a different color. Paradoxically, that can also enhance the artwork.

For example, “if you hang a landscape piece above a wall where the color changes from a strong tone to a lighter tone halfway up,” she said, “the artwork will command more attention.”

She continued: “If you have wainscoting or a chair rail, then it is preferable to use a stronger tone on the lower part of the wall, leaving the artwork to sing on a lighter background on the upper walls.”

A wall painted in Farrow & Ball’s Preference Red and Mouse’s Back creates an arresting backdrop for two floral artworks.CreditFarrow & Ball

That’s what a client of hers did in a vacation house on the southeastern coast of England, painting the wainscoting in dark-gray Mole’s Breath, with Ammonite, a much lighter color, above. It “made the room feel larger and more airy, as well as providing the perfect backdrop for a naïve oil of a local landscape,” she said.

“This is a huge trend at the moment,” she added. “A lot of people are stopping the color randomly without a rail, to make a room open out — dark at the bottom and light at the top.”

If All Else Fails, Keep It Simple

“Unless you have a very, very specific treasured piece of art, you’re probably not painting a room for one specific piece,” Ms. Studholme noted. “Sometimes neutral walls are the best way to give your artwork the attention it deserves.”

And it’s surely the easiest way.

“If you hang a landscape piece above a wall where the color changes from a strong tone to a lighter tone halfway up,” Ms. Studholme said, “the artwork will command more attention.” (Here, dark-gray Mole’s Breath is paired with Ammonite.)CreditFarrow & Ball

“Sometimes, the right choice is the simplest,” Mr. Drake said. “If you are displaying minimal works — think Dan Flavin neon sculptures, Donald Judd wall boxes — then dead, matte white is likely your only choice. When we do opt for white to show less demanding works against, we usually choose a textured finish: Venetian plaster, troweled finishes or other enrichments.”

FacebookshareGoogle+sharePinterestpin it
How to Tell if a Woman Likes You?Like a Boss: Samantha Barry’s Work Diary: ‘Fashion Can and Should Reflect the World Around Us’
Latest