The Checkup: Drink or Breathe? Babies Have to Do Both 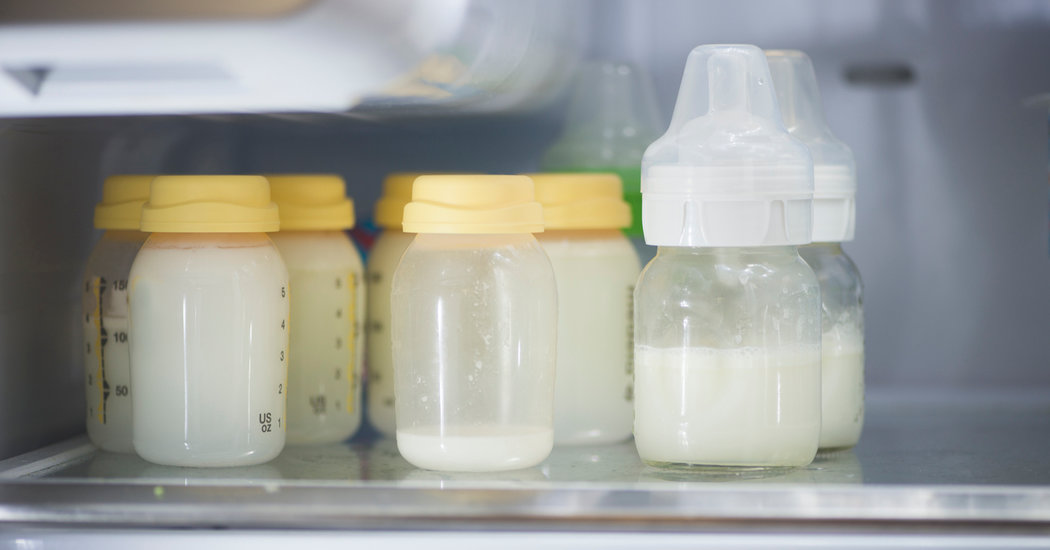 I saw a worried mother with a sickish 18-month-old in clinic recently. I say sickish because the mother was much more worried than the toddler was sick; the child was ping-ponging around the room, squirming with outrage when examined, and shrieking with delight when tickled. But she had had some low-grade fevers in recent days, and she was still having some diarrhea, and she had thrown up that morning. Her mother was deeply concerned about dehydration, because, as she kept saying, she knew that was dangerous.

She was absolutely right, of course. The message that dehydration is a major risk in babies and small children is one pediatricians have been struggling to deliver for a long time; it’s what we are talking about every time we ask about how many wet diapers a newborn has in a day, as breast-feeding is being established (we are generally happy with six), or every time we go through instructions for how to give fluids to a child with gastroenteritis who is vomiting (wait for 20 to 30 minutes or so and then start giving small sips; call the doctor if the vomiting keeps happening).

“Issues of dehydration are very, very common; it’s a big reason why we see patients in outpatient pediatric clinic settings, one of the most common reasons for urgent care and emergency department visits,” said Dr. Emily Rose, an assistant professor of clinical emergency medicine at the Keck School of Medicine of the University of Southern California, who is the co-author of a recent review article on the management of dehydration in children.

Dr. Rose said that children can get dehydrated from the standard gastroenteritis, with diarrhea and vomiting, but also from any ailment that makes drinking painful, like mouth sores.

Thus, especially at this season, when small children have respiratory infections, dehydration is one of the things I’m thinking about when I ask whether their breathing is so heavy or rapid that it’s interfering with nursing or drinking. You always worry about airway and breathing in young children, but I’m also worried about whether enough fluid is getting in there.

A baby with respiratory distress can easily get into trouble by what Dr. Rose called “choosing to breathe rather than drink,” especially since between fever and more rapid respirations, the child is also losing more fluid.

So let’s talk about fluid loss, which happens with diarrhea and vomiting, of course, but also happens with fever, rapid respiration, heat and anything else that revs up a child’s metabolism. Small children are especially vulnerable to dehydration for two basic reasons rooted in their essential smallness.

And second, the basic surface-area-to-volume ratio is different; the smaller your body, the larger, proportionally, your surface area is, relative to your volume. You learned this back in geometry class with regard to cubes and spheres, and it’s also true of your infant. And what that means is that the infant, with a much smaller amount of fluid in her cells and her blood vessels and everywhere else, has proportionately a much larger surface area over which that fluid can evaporate into the air, especially if she’s feverish — and you just have to go on putting it back in.

Parents should bring children to be checked out if they are acting abnormal, especially if they are lethargic, and if they have decreased or minimal urine output, Dr. Rose said. And children who are dehydrated can for the most part get back all the fluid they need by drinking; IVs are usually not needed. Dr. Rose said that she takes parents through the calculation of how much fluid a child will need to make up a deficit, and to continue replacing ongoing losses.

To get that fluid into a dehydrated small child, she said, parents need to give frequent small drinks, often either by spoon or from a dropper or a needleless medication syringe. If children are only mildly dehydrated, she said, parents should use whatever the child is likely to drink, but if the dehydration is more severe, it’s better to use a rehydration solution like Enfalyte or Pedialyte, which also comes in ice pop form, so they get sugar and electrolytes along with the fluid.

Dr. Rose said that parents often ask about food, and she tells them to go ahead and feed a child who wants to eat and to go on offering food if the child has diminished appetite. The more the child is eating, she said, the less a parent has to worry. And breast-feeding should be continued; that gives the child calories and protein as well as fluid.

So the mother with the 18-month-old was perfectly right to think about dehydration in a child who was having diarrhea and vomiting. “If you have a kid that doesn’t have dry mucous membranes, when you look in the mouth it’s nice and moist, that’s really reassuring,” Dr. Rose said. On the physical exam, when you’re worried about dehydration in a child, you also check for decreased skin turgor — that is, skin that doesn’t snap back promptly from being pinched, but this child was nowhere near that level.

Two other important signs would be that the child is acting normal, and the eyes don’t look sunken. The research shows, she said, that a child with normal behavior, moist mucous membranes and eyes that are not sunken is probably fine. And my patient’s heart rate was normal, and she was active and happy — except when I examined her, when she obligingly produced some tears, also signs of normal hydration status. Her mouth had plenty of saliva (doctors write “MMM,” for “mucous membranes moist”). And most reassuring of all, she condescended to drink a bottle, then and there. So we sent her home to keep drinking.