The Age of the Internet ‘Wife Guy’ 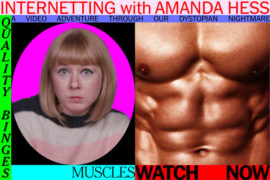 Two years ago, Robbie Tripp Instagrammed his wife. He posted a photograph of the pair embracing in swimwear in Miami and wrote, “I love this woman and her curvy body.” Then he detailed his journey toward feminism and body positivity, and his transformation into a man who can proudly post online: “This gorgeous girl I married fills out every inch of her jeans and is still the most beautiful one in the room.”

From there Tripp’s online notoriety took a familiar trajectory. First he was praised; then he was mocked; now he is a novelty rapper. Tripp’s music video for the song “Chubby Sexy,” also featuring his curvy wife, dropped last month. It features the lyric: “Living my best life/with my curvy wife/I haven’t slept in weeks/she keep me up at night.”

Along the way, Tripp has created something bigger than himself. He is pioneering a whole new online ethnographic group, one at the center of a deeply ambivalent state of heterosexual coupling in America: “wife guys.”

A “wife guy” is not just a husband. He is a man who has risen to prominence online by posting content about his wife. Tripp is better known as the “curvy wife guy.” Following him was the “elf wife guy,” a gamer whose dirty laundry was aired after he blocked his wife, who works as a professional elf, on Twitter; the “fake wife guy,” the man who pretended that he was his wife; and the “cliff wife guy,” a YouTuber who published a video of his wife falling off a minor Hawaiian cliff (she was fine).

A man posting about his wife on the internet is usually banal, so it is almost impressive when he has managed to make it appear, instead, ludicrous. The wife guy defines himself through a kind of overreaction to being married. His wife hurt herself, and he filmed it. He is sexually attracted to his wife, and he talks about it as if he were some kind of hero. The wife guy is a mutation of the “Instagram husband,” the man who exists to take flattering photos of his wife, except that the wife guy is no longer content behind the scenes. He is crafting a whole persona around being that guy. He married a woman, and now that is his personality.

A wife guy is not embarrassing because he is overly devoted to his wife, the sexist idea that used to be called “being whipped” and is now more fashionably referred to as “being a cuck.” He is worthy of suspicion because he appears to be using his devotion to his wife for personal gain. Tripp has made a brand for himself off his wife’s body, not his own. He has leveraged it into Instagram brand deals for natural shaving creams and Dunkin’-themed sneakers; in his music video, he raps as his wife dances mutely in a swimsuit. He has taken a rather sexist tradition — of men gaining social status through the physical appearance of their wives — and pitched it as a newly enlightened stance.

The wife guy exists at the intersection of relationship status and influencer branding, and he exhibits a heady combination of privilege and desperation. In this way, he feels related to the incel (short for “involuntary celibate”), the guy who has crafted a whole online persona around his nonexistent sex life. But where the incel acts entitled to a relationship with a woman, the wife guy seems to expect to be congratulated for entering into one, sometimes with literal rewards. The wife-guy identity is often not just a personal choice but a professional gambit.

The wife guy also feels in conversation with Borat, Sacha Baron Cohen’s satirical impersonation of a Kazakh journalist, whose delivery of the phrase “my wiiiiiiife” has enjoyed a long meme life. The word “wife” itself, online at least, has ripened into a slightly creepy title. Even the seemingly uncontroversial phrase “I love my wife” feels funny now:

What explains the current proliferation of wife guys? It used to be that if you were a man, having a wife was the default position. But as Americans increasingly postpone or simply forgo marriage — and as some men marry husbands — having a wife is now one choice among many. That also means that marriage is being pitched less as the fulfillment of a social contract and more as a kind of personal achievement. The identification and mocking of “wife guys” evidences a mild discomfort with the tradition of marriage itself — an attitude that can be detected even among married people. But it is also a specific reaction to marriage in its current form, as a highly individualized pursuit in which a man may express his purest self.

Typically, it is women who are judged on such grounds, criticized for failing to settle down, or for how they aestheticize their weddings. The wife guy represents a kind of progress on this front: Now it is the man’s choices that are under review. And these days, building an identity around having a wife is an increasingly conspicuous choice.

The ethnic stereotype behind Borat is that his treatment of women is retrograde, but now that vibe is being transferred onto thoroughly modern personalities: woke Instagram husbands and YouTube dad-vloggers. The wife guy is interesting precisely because he heightens the many contrasts of modern hetero masculinity. Although getting married is increasingly associated with adulthood, the wife guy acts like a child. Though heterosexual marriage is a more traditional choice than ever, he postures as if it is a progressive triumph. And though he loves his wife, he may not love her quite as much as he loves himself.

More internet guys
The Dark Side of the Male Fitness Internet 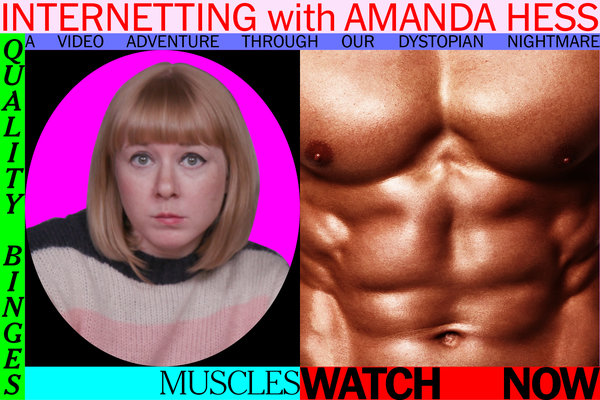 FacebookshareGoogle+sharePinterestpin it
Improvements in insulin release wane after treatment stops in adults with type 2 diabetesCan You Fall in Love with 2 People?
Latest