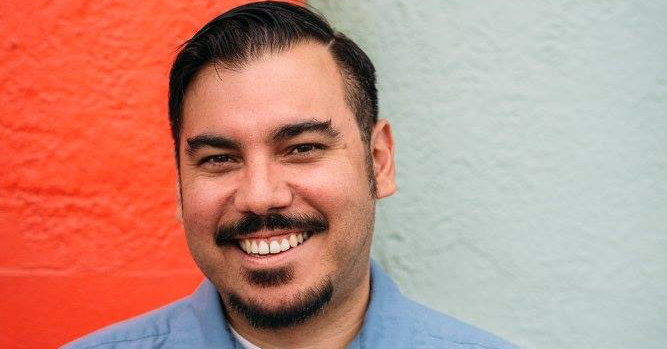 Texas Monthly, which bills itself as “the national magazine of Texas,” is so focused on covering all things Lone Star that its masthead lists a barbecue editor. It also has correspondents who cover the rural-life blues, and a columnist who explains “western chic” and the dos and don’ts of boots.

Now, the publication is dipping a big Texan toe into another statewide obsession. José R. Ralat will begin work on Sept. 18 as the nation’s first taco editor.

“It’s a dream job,” Mr. Ralat said in a phone interview on Monday. “I had wanted to do something like this for a long time.”

Mr. Ralat, 43, is no stranger to the beat: For the magazine’s 2015 special issue about tacos, he and two friends visited 10 Texas cities and tried 390 distinctive tacos to name “The 120 Tacos You Must Eat Before You Die.” From that idea, the notion of hiring him as a taco editor was born.

“He can write fun and he can write serious about tacos,” said Dan Goodgame, the editor in chief. “José just made it a slam dunk for us.”

At a time when many magazines and newspapers are running on fumes, Texas Monthly, founded in 1973, has hired 11 new full-time editorial staff members in the past six months. The publication, based in Austin, covers subjects from food to politics to immigration, and specializes in long-form narratives.

“We’re growing and we’re profitable,” Mr. Goodgame said, citing a growing audience and an owner willing to see Texas Monthly through uncertain financial times and encourage an online, multimedia-focused expansion on its recently paywalled platform. The magazine has a paid print circulation of around 300,000 and is read by more than 2 million people each month: One out of ten Texas adults.

In 2013, the magazine hired a barbecue editor, Daniel Vaughn, whom Mr. Goodgame called “a barbecue machine.” Mr. Vaughn has written articles about top restaurants, Tex-Mex food and Etta Randall, a young black woman whose barbecue took root in the Texas Panhandle in 1926.

“We want to be unassailable in these areas,” Mr. Goodgame said.

Mr. Ralat, who was born in Puerto Rico, developed his passion for tacos through his wife, who is Mexican-American.

“It’s not my culture, per se,” he said. “I’ve just been adopted into it, in a manner of speaking, and I hope I can honor them.”

Since starting a weekly taco column at The Dallas Observer in 2010, Mr. Ralat has worked as the food and drink editor at the magazine Cowboys & Indians; created his own website, Taco Trail; written about Mexican cuisine for national publications; and for the last four years, curated the Taco Libre festival in Dallas. Even his dogs are part of his taco-mania: He nicknamed them Beans and Cheese.

He is now writing a survey of regional tacos in the United States, “American Tacos: A History and Guide,” which the University of Texas Press will publish next year. He has been traveling across the country and taking regular trips to Mexico, doing archival research and tasting numerous varieties.

The state, once a part of Mexico, has a long taco history: Texan soldiers carried them in their pockets during the 1835 Texas Revolution, he said.

In the current political climate, the ancestral taco might offer an opportunity for unity. Mexicans in the United States have been targeted by violence, as they were recently in the shootings that killed 20 people in El Paso.

“Tacos are a force for good,” Mr. Ralat said. His wife’s family, who are from El Paso, have been more concerned than usual since the shooting.

Still, he added, “lots of people don’t like Mexicans, but they love Mexican food.”

FacebookshareGoogle+sharePinterestpin it
Designing a Home and a MarriageElizabeth Warren, Fashion Muse?
Latest