Tech Fix: I Tried to Make My Dog an Instagram Celebrity. I Failed. 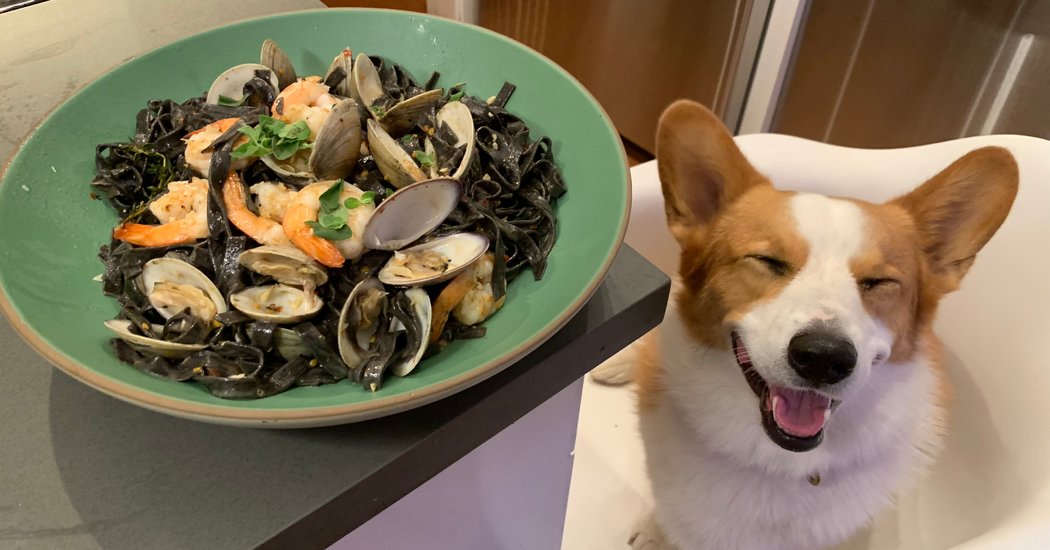 Last spring, I started an Instagram account that featured my dog, Max, trying to eat my home-cooked meals. I was confident it would be an overnight sensation.

Foodies and corgi lovers, after all, are two of the biggest audiences on the photo-sharing site. Combining the two, I jokingly told my colleagues, would be my ticket to early retirement (or, at the very least, some free kibble).

I did all the homework. I heeded advice posted on the web from internet-famous dog owners and social media mavens: Find a shtick, publish your posts at strategic times, craft funny captions and engage with your audience. I even invited a professional photographer over for a consultation.

Yet about four months and 70 Instagram posts later, @cookingwithfatmax is far from stardom. Despite how cute Max looked or how plump my steamed pork buns appeared, the account stagnated at roughly 300 followers. Max’s “likes” plateaued at an average of about 60. No sponsorship offers appeared in my inbox.

So I turned to some obscure marketing blogs that suggested a simpler path: Buy some bots, otherwise known as fake followers, to make the account look more attractive to real people and to help expand an audience. I bought 2,500 bot followers and waited for the likes to pour in and the audience to swell.

To my surprise, Max became even less popular. His number of followers hemorrhaged, presumably because Instagram purged many of the phony accounts. The average number of likes on the posts dipped to about 45.

This week, I asked Ahalogy, a marketing technology company in Cincinnati, for a reality check.

“You just can’t be an overnight success,” said Bob Gilbreath, the chief executive of the marketing firm. “This is a real job that takes a lot of effort. Stay at it with several posts a day, several ideas, and build relationships.”

Above all, he said, “no shortcuts.”

In the end, the experiment bore less fruit than my past exploits, like renting out an Airbnb or buying cryptocurrency. Becoming an influencer on Instagram was more challenging than I had ever imagined. Here’s what I learned.

One tip echoed by many Instagram marketing blogs was to become noticed by influencers, or accounts that were already popular, in the hope that they would spread the word about my food-obsessed dog.

So whenever I had the opportunity, I called out influencers. When my partner and I made dishes from recipes by well-known foodies, like Maangchi, the eccentric YouTube star who is famous for her Korean cooking show, we credited her and others for their recipes in the captions.

Maangchi eventually posted a comment on a photo of Max with a paw rested next to a bowl of kimchi: “Good looking dog! Looks very smart!” But that didn’t do much for making Max more popular.

Could it be that the photos were not good enough? I invited a professional photographer, RC Rivera, over for an assessment. His advice: Try photographing the pup and food with creative angles and more postproduction. Also, use visual aids like props and dog clothing. As a last resort, consider buying a fancy camera like a DSLR or hiring a social media agent who specializes in doggy influencers, he said.

I did more than listen. I began incorporating an avocado-shaped pillow as a prop and shooting Max and the food from different angles. I refrained from hiring an agent or splurging on a professional camera, largely because I am cheap, and instead upgraded my lighting with a $15 work light from a hardware store.

Still, Max’s following did not grow.

Another tip that came up frequently was to buy fake followers. The premise: The only good time to buy followers is when you are small and just getting started, because accounts with medium-size followings look more attractive and thus could persuade people to follow you.

In other words, people find comfort in conformity.

This made sense to me, so I sent $19 via PayPal to Social10X, a site that offers services to improve your social media presence, and bought a package of 2,500 followers. The followers on Max’s account quickly grew, an experience that was as eerie as it was satisfying. I visited some of the followers’ profiles. Many of them looked like real people.

Max’s followers ultimately jumped to about 3,000 from 300. But his average number of likes fell. The bots themselves did not give my posts more likes — it turned out if you wanted artificial likes, you had to pay extra for a separate package.

Social10X did not respond to a request for comment.

Mr. Gilbreath of Ahalogy, which helps brands ferret out influencers with fake followers, said that generally, bots worked in two different ways: Some are phony accounts that have copied all the content from real people’s profiles, and others are actual people who are part of a so-called follower exchange program, in which they agree to follow people in exchange for being followed back.

Buying followers is against Instagram’s community guidelines. Last month, the company announced that it would remove activity generated by third parties that inflated engagement, including likes and follows. Instagram said in a statement that it blocks millions of fake accounts at registration every day.

“Fraudulent activity is bad for everyone on Instagram,” said the company, which is owned by Facebook. “We have a strong incentive to prevent people from spreading spam and low-quality content.”

You can’t make people love you.

One legitimate way to lure followers is to get exposure to a wide audience. A primary method is to embed photos with hashtags, or keywords after the pound symbol, such as #cutedog. If people look up the hashtag #cutedog, they might stumble upon a slow-motion video of Max gobbling up a piece of Thanksgiving turkey.

Another way to reach new audiences is to pay for an ad on Instagram. On an Instagram post, you can click the Promote button and then select the demographic you are targeting and the number of days you want the ad to run.

I tried both approaches. I experimented with dozens of hashtags, including extremely popular ones like #chinesefood, #dogsofinstagram and #yummy, as well as less popular tags like #californiadog, #beefy and #meatsweats. But this didn’t do much.

I also paid $24 for a weeklong promotion of Max smiling beside a bowl of squid-ink pasta. The photo reached 5,165 people, but the campaign gained only 11 new followers for the account. I essentially paid about $2 a follower.

“We think the recipe focus plus dog idea is confusing and probably splits the audience in a way you don’t want,” they told me. “Animal lovers would be turned off by the recipe content and foodies aren’t going to be impressed by the imagery or haphazard dog integration.”

In other words, the entire concept of @cookingwithfatmax may have been flawed to begin with. I was humbled.

While walking Max one morning, I shared the feedback with my partner, the real brains behind most of the dishes we cook.

“I think it’s just too late for us to get into this game,” I said. “I think there are too many doggy influencers on Instagram.”

“It just seems that the field is too professionalized,” she replied. “To get in you need fancy cameras, lights, friends who are influencers and a doggy agent?”

This was all beginning to feel too serious for an Instagram account that started as a silly project documenting our love for dogs and food. We agreed to keep publishing @cookingwithfatmax but to stop trying to make our corgi an influencer. We also agreed to never buy ads or bots again.

Max, of course, is still a big winner from all of this — he gets to taste our food. Next up on the menu: steamed fish.

FacebookshareGoogle+sharePinterestpin it
Why Are Scientists So Upset About the First Crispr Babies?One Good Meal: A Surprisingly Sweet Noodle Dish for the Holidays
Latest