Suiting Up With Meghan Markle’s Designer 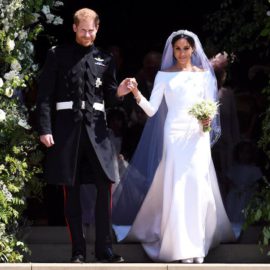 “That dress was quite a game changer for me,” Clare Waight Keller said recently by telephone from her family house in the remote English county of Cornwall.

Naturally she was referring to the austerely simple white silk cady couture dress, and hand-embroidered veil, she designed for the 2018 wedding of Meghan Markle to Prince Harry. “Life before was obviously less famous,” Ms. Keller added.

And yet, despite her newfound fame, the designer who rose through the ranks at Calvin Klein, Ralph Lauren, Gucci, Pringle and Chloé before taking over from Riccardo Tisci as artistic director of Givenchy in 2017 — the first woman to head the storied French house founded in 1952 — remains an almost ostentatiously low-key presence in an industry that favors showboats.

On the eve of the June 12 debut of her first full men’s wear collection at Pitti Uomo, where she is this season’s guest designer, Ms. Keller talked about her design philosophy, the semiotics of clothes and the Dress. (This interview has been edited and condensed.) 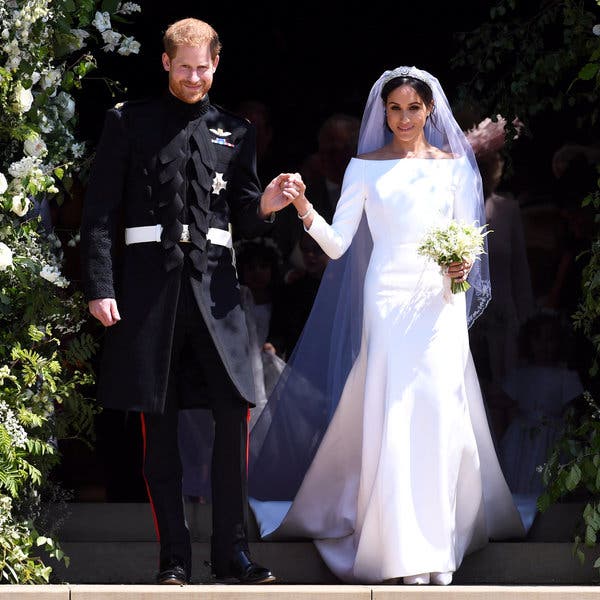 Given that Givenchy is a division of LVMH, which is headquartered in Paris, and that you show your women’s collection there, why choose Florence for your first full men’s wear collection?

Florence seemed natural, both for the romantic beauty of the city and because it’s the heart of this sartorial happening that goes on every year. I had in my head a street-style image of Florence, with all these really chic Italians dressing up.

What can we expect?

For a while I’ve wanted to fuse the idea of street wear with tailoring in a way that injects a fresh silhouette into men’s wear. The thing about street wear is you need an attitude to pull it off. Otherwise you look like you’re in weekend gear. That’s where my women’s wear experience filters through. I have this innate drive to get that sense of tension into men’s wear.

There is grounding and a framework that comes from tailoring, in the shoulder and the way a jacket is cut. The language I use for women’s wear is based on eight, nine, 10 shapes, and a big focus always on pants. One of my big stories at Pitti is changing the proportion of the silhouette through pants.

Those big volumes that come direct from the street?

The thing I’m striving for is a fusion of the two, street wear but anchored by that one interesting tailored shape, which doesn’t seem unattainable.

From the outset you made it clear you were determined to make men’s wear 50 percent of the business, unlike most houses, where women’s wear is the engine and men’s wear the caboose. Why?

First of all, the house has a very solid men’s wear business, so it would be a detriment not to honor that. But I have such an ease and affinity for women’s wear that I thought it would be interesting to come back to men’s and find my way.

How do you balance the task, relatively rare among creative directors, of designing for both women and men.

For me, it is about creating this dynamic of a couple. I felt that if the Givenchy woman was a powerful, dark, romantic character, the man could equally have that presence. You could see a dynamic feeding across both and ping-ponging between the two.

Does it occasionally strike you as sexist when descriptions of you are coded with adjectives like “disciplined,” “no-nonsense,” “straightforward,” and you’re characterized as someone who favors “working lunches in the studio’’ over cultivating a big public presence?

I struggle with it. Women creative directors are not necessarily in it for the limelight. We’re trying to push to get something interesting made. We love the learning process, and that’s often overlooked as less creative. A lot of the time efficiency, quiet and calm, and a clear point of view are seen as less dynamic. I don’t think that’s the case.

There is nothing inherently female about collaboration, of course. Yet it’s not easy to imagine a man in your position starting an apprentice program like your 3-D Atelier, where young assistants without formal design training are invited to work and experiment.

I’ve often worked under men, and it was very much — nothing against them — very much about telling people what to do. It was about executing their vision. Yet when I would work with ateliers in the factories, especially during my years at Gucci, quite often they were headed up by women and you were in a place of discussing and trying to work problems out. If there was a challenge, it was looked at collaboratively, and you were jointly thrilled when you all got it together. I love that feeling.

That is almost the inverse of, let’s say, the Lagerfeld model, where the image of the house and the designer are inseparable. And you’ve worked with your share of people in that role.

Right out of the Royal College of Art in 1994, I started working as a stylist with Calvin Klein. It was a time when New York was still exciting and rough and a pretty sketchy place. It was also the time when you had Marky Mark and Kate Moss doing campaigns.

Calvin was doing all this experimentation with image building. He was transitioning out of classical American sportswear and was very, very obsessed with Helmut Lang — that cleanness that at the same time had an edge to it. He was building that image.

Soon afterward you moved to Ralph Lauren and then, eventually, to Gucci under Tom Ford, during a kind of dream-team era, when Christopher Bailey, Alessandro Michele, Francisco Costa and Frida Giannini all worked as assistants.

From Ralph I learned all about craft and authenticity and an obsession with detail. People may think, “Oh, it’s just all-American and it’s WASPy,” but they don’t see the genius of his rigor, the five-hour meetings to talk about men’s wear, the way he would send us to buy Turnbull & Asser shirts and have us take them apart so we could count the number of stitches per inch in a seam.

And what did you derive from your time with Tom Ford?

Tom talked so much about image — he’s the master of it. He tried to be as provocative as he could be and pushed us to find new ways to do that. He also believed in men’s and women’s collections being designed together and flowing into each other. That’s something he definitely fine-tuned.

Does that strike you as farseeing given the gender fluidity of the moment?

The thing is, people forget it’s all been done before. If you tap into the 1970s and these iconic music characters we know, there was a very fluid mix. That sort of died off with the power statements of the ’80s and this very masculine era. But there has always been a place for a flamboyant character to exist within fashion. What’s challenging is to incorporate it without having it feel like it is affected and just theater.

When the Duchess of Sussex presented you with the British Designer of the Year Women’s Wear Award in 2018, she observed that we all have a deep emotional connection to what we wear. What did that mean for you?

I was quite young when I realized the power of clothes. So many times — everyone has been through this — you get caught off guard. You are meeting someone important, and you think: “I haven’t got the right dress for this, or the right suit. I don’t look right.” There is this incredible psychological power clothes have to communicate how you feel that day, how you want to be perceived.

The semiotics of clothes.

Clothes have got incredible messages to convey.

You mean, in the historical symbolic sense of Meghan Markle’s wedding dress?

Yes. I was a surprise choice, and I kept it all a secret, but throughout the design process we were considering this as a message about the power of simplicity, about creating something pure and simple — although very difficult to do.

How does that apply to hoi polloi?

I’ll tell you. A girlfriend of mine did some work for a charity, and she went to Darfur to a refugee holding camp. As poor and as hungry as people were, it was important for them to feel good in their clothes. They talked about how damaging it felt if they did not have the ability to be presentable. Sometimes people downplay fashion and dressing as something frivolous. I don’t see it that way.

FacebookshareGoogle+sharePinterestpin it
The Roots’ Guitarist on Finding Sanctuary in BrooklynWhite Meat vs. Red Meat and Cholesterol Levels
Latest