Suiting Up Hockey’s Stars, One Stitch At a Time 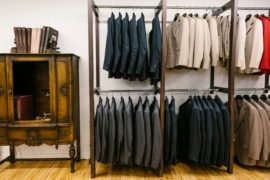 MONTREAL — It’s a ritual broadcast widely every year during the N.H.L. playoffs: powerful hockey players in their power suits entering the arena.

And for decades, one bantam-sized tailor has outfitted more than his share of hulking hockey stars. Giovanni Vacca, 86, stands about 5-foot-5 and sports a black suit, V-neck sweater and dress shirt. He plies his trade in the heart of Montreal’s Little Italy, where he has stitched suits for hundreds of professional hockey players and executives — including members of this year’s Stanley Cup finalists, like Boston Bruins General Manager Don Sweeney and St. Louis Blues captain Alex Pietrangelo.

Vacca came to Montreal from San Pietro Infine, a small town about 90 miles from Rome, in 1948 at the age of 15. He always had a sartorial instinct and apprenticed shops around Montreal before creating Giovanni Clothes in 1965.

“I wanted to advance, so I decided to go on my own,” he said. “I had a lot of cooperation with suppliers and a good name. People started to come. One tells the other.”

Despite being known for his hockey clientele, it was a baseball team, the Expos, that first made the trek up Boulevard St. Laurent to see Vacca.

“One of the first guys that came in was Rusty Staub,” he said, referring to one of the team’s first stars.

“Word got out that players needed to look good at a low cost,” said Warren Cromartie, an outfielder for nine seasons for the Expos. “They spent time with you to make you happy about the suit you are buying.”

The Vacca name spread within the Major League Baseball community and soon visiting teams would stop by the three-story shop. According to Cromartie, Vacca outfitted former home run king Sammy Sosa with his first suit.

“Andre Dawson told him to go to Giovanni,” Cromartie said. “Sammy got two suits, even though Andre told him to just get one!”

Count a New York Yankee great as another satisfied client.

“Joe Torre would come in,” Vacca said. “He was a nice man. We’d go have dinner afterward.” 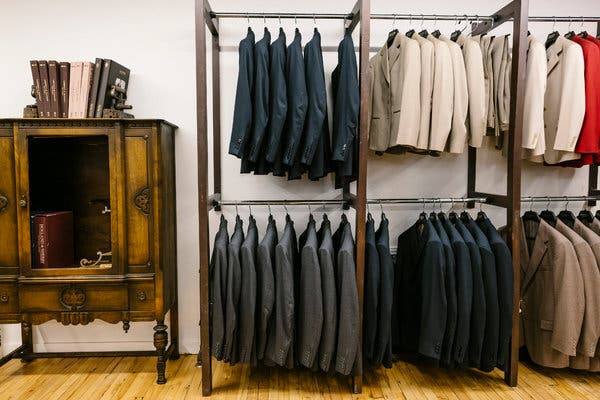 “Today, guys really know what they want,” Domenico Vacca said. “Go back 20 years, they were asking my opinion.”CreditRenaud Philippe for The New York Times

“He cares very much about his customers and his suits are of magnificent quality,” said Smith, the former Rangers general manager.

As professional sports morphed from the mom-and-pop types of operations in the 1960s to the billion-dollar businesses that exist today, Vacca altered his approach. No longer do players trek from their downtown hotels to Little Italy. Now his son, Domenico, goes on the road and outfits teams at their home rinks.

“The guys were always in our office, for years and years,” said Domenico during an interview in Nashville, where he had measured the Predators earlier in the day. “After the mid-80s, then curfews started and they weren’t allowed out late. It was Kevin Stevens who said, ‘Dom, why don’t you come see us on the road.’ Before I knew it, I was going everywhere.”

That player-centric approach is how Canadiens winger Jonathan Drouin, who grew up 62 miles from Giovanni Clothes, became a client. The two met a couple of years ago while Domenico was outfitting Drouin’s former team, the Tampa Bay Lightning.

“Some of the guys told me to see him,” Drouin said. “I like the suits he makes, the fits, the brands. I always like going back to Domenico.”

Over the course of 50 years, father and son have seen fashion styles and body types evolve. The league has gone from valuing broad-shouldered, bigger players to emphasizing smaller, speedier types. The Vaccas have noticed the evolution.

Like the art of suit making, the art of relationship building is a delicate one that is taken seriously.

So after five decades outfitting home run kings and goal scoring champions, not to mention RCMP officers and corporate executives, what’s been the secret to keeping those relationships?

CreditRenaud Philippe for The New York Times
FacebookshareGoogle+sharePinterestpin it
Tony Awards Red Carpet: Dresses to Impress, and the Men Wore Them WellChickenpox Vaccine May Protect Against Shingles Years Later
Latest