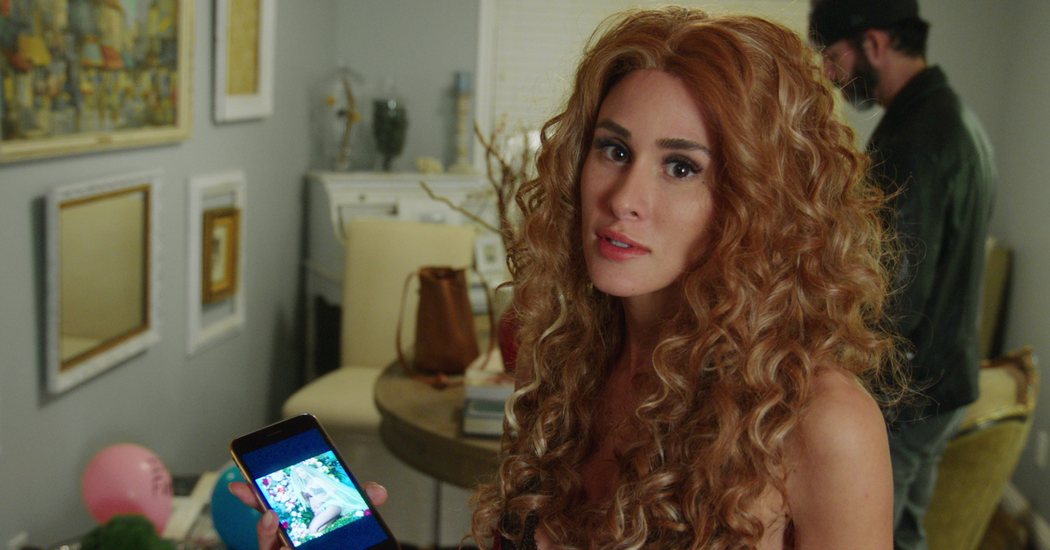 For some, social media is a tool; for others, it’s a job; and for even more, it’s a door to a different world. But in “The American Meme,” the filmmaker Bert Marcus wants to frame it as a cracked mirror that reflects the worst in all of us.

The film follows social media celebrities like Josh Ostrovsky (known as the Fat Jew), Paris Hilton, the comedian Brittany Furlan, the photographer Kirill Bichutsky and others. It considers their rises to fame, their struggles to sustain their influence and their relationship to their own work. In doing so, Marcus has made a documentary that is not unlike the internet itself: maximalist and without focus. Marcus is keen on a scattershot approach, like having multiple tabs open, in making a nihilistic conclusion about how social media is a purgatory for the lonely. But his observations are facile despite the complexity the subject matter has to offer.

Trailer: ‘The American Meme’CreditCreditVideo by Netflix

Most intriguing about the film is the way it examines how creating content is a form of labor in its own right, with Furlan testifying to the amount of time it takes for certain posts, and Bichutsky being interviewed with only one or two hours of sleep after a club gig, already on his way to the next event. But while the film is quick to paint nearly everyone as lonely and in need of “real” love (which it never tries to define), it’s particularly coy about how social media obsession and addiction are symptoms of a larger problem: modern alienation under capitalism. And the film avoids asking its subjects how they would even want to define happiness or love. “The American Meme” is a polemic as shallow and artificial as it thinks its subjects are.

FacebookshareGoogle+sharePinterestpin it
Unbuttoned: The Biggest Fake News in Fashionnoted: The Laundromat Is Hot!
Latest