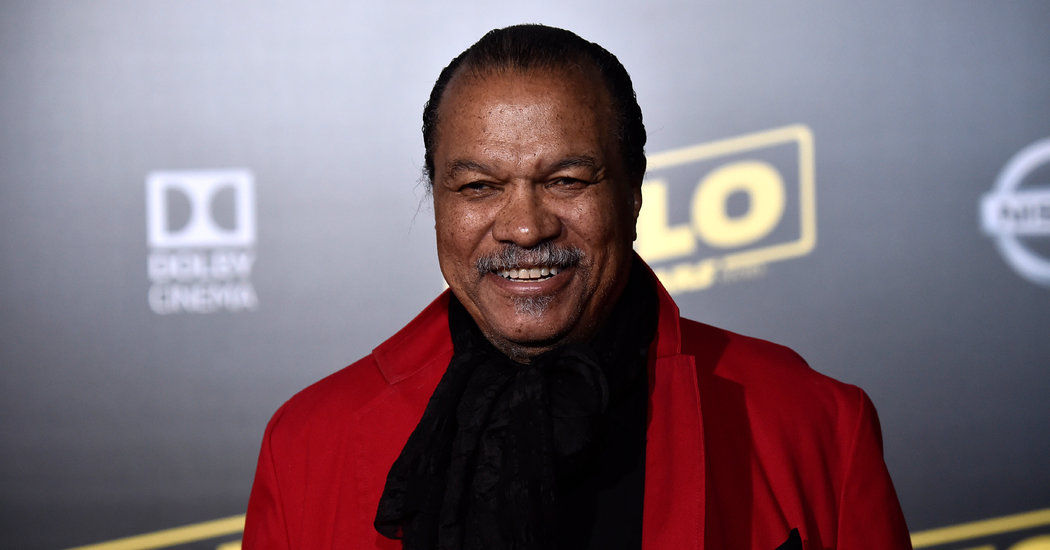 The actor Billy Dee Williams has been the very embodiment of cool charisma for decades — in real life and as the smooth-talking, cape-wearing smuggler Lando Calrissian in the “Star Wars” universe (a role he’s reprising for the first time since 1983 in the upcoming “Star Wars: The Rise of Skywalker”).

And while Williams’s brand of cool has been synonymous with masculinity — who can forget the slightly cringey machismo in those 1980s Colt 45 ads? — in reality, Williams straddles the gender binary, according to a recent profile in Esquire magazine.

“You see, I say ‘himself’ and ‘herself,’ because I also see myself as feminine as well as masculine,” Williams, 82, told Esquire. “I’m a very soft person. I’m not afraid to show that side of myself.”

“I think of myself as a relatively colorful character who doesn’t take himself or herself too seriously,” Williams said.

When Esquire points out that Donald Glover, who played a young Calrissian in the “Solo” released in 2018, talked about the character’s sexual and gender fluidity, “Williams lights up” and responds: “Really? That kid is brilliant.”

Last year, shortly after Jonathan Kasdan, a writer on “Solo,” confirmed that Calrissian was pansexual (being attracted to people regardless of gender or sex), Glover said: “How can you not be pansexual in space?”

While Williams, who has been married to Teruko Nakagami since the 1970s, did not outright claim to be gender fluid or otherwise, his/her embrace of gender-fluid pronouns is part of a greater revelation in Hollywood and beyond — though among celebrities who have recently opened up about their pronouns and gender, Williams is among the oldest.

In September, the Grammy-winning singer Sam Smith, 27, who identifies as genderqueer and nonbinary, publicly announced their pronouns.

“Today is a good day so here goes,” Smith wrote in an Instagram post. “I’ve decided I am changing my pronouns to they/them after a lifetime of being at war with my gender I’ve decided to embrace myself for who I am, inside and out.”

The nonbinary actor Asia Kate Dillon, 35, a star on Showtime’s “Billions,” talked to The New York Times earlier this year about their pronouns: they/them. “I can release she/her pronouns, I can use they/them,” Dillon said. “This is who I am.”

And in an interview with Out Magazine in June, the “Queer Eye” star Jonathan Van Ness said that he identifies as nonbinary while retaining he/him pronouns.