Spelling Their Way to Success 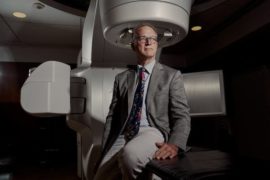 Back in 1971, the year Jonathan Knisely won the National Spelling Bee, there were no study guides for sale on Amazon and no Facebook groups dedicated to spelling bee study. To prepare, he pored over lists of words from previous bees that his father borrowed from other parents. He beat out 76 competitors to clinch the trophy, $1,000 in cash and a trip to New York City.

This year, a record 562 spellers from ages 7 to 15 competed (against the dictionary, not one another, they like to say) for a $50,000 cash prize and the trip to the Big Apple. The contest was shown live on ESPN, and profiles of the most closely watched spellers circulated on social media.

But for all the changes, a few bedrock principles remain the same. The first is that the bee is a formative experience for children who advance to the highest levels. The national bee is, after all, often called “the orthographic Super Bowl.”

Dr. Knisely, now a medical doctor, and three other former champions with whom we spoke recently said the lessons that they gleaned from the contest had served them well. They learned about the importance of hard work and grace under pressure, and also, crucially, about the role of luck, all of which remain as relevant as ever.

While spellers study countless hours, with varying levels of parental support — these days, that could include pricey coaching — victory in the bee can still come down to chance.

“I was lucky enough to get a series of words I could spell,” Dr. Knisely recalled. “It’s not as if I knew every single word given to other spellers in the contest.”

The National Spelling Bee was first held in 1925 as a joint project between nine newspapers, and the competition was taken over by the media company Scripps-Howard in 1941. The 2019 Scripps National Spelling Bee, held in May, attracted worldwide attention when it ended in an unprecedented tie between eight competitors, known as the “octochamps.”

The contest has become more professionalized and difficult, which observers say is another sign of how childhood is changing, particularly in wealthier households. Some parents hire past champions as coaches, or spend money to travel to minor-league bees. Online study programs can help spellers review thousands of words at a time, offering instant feedback.

The bee has also begun accepting spellers who have not won regional bees, and whose families can pay their way, swelling the ranks considerably. The bee said the move evened the playing field for children in more competitive areas and those who have no regional sponsors.

“Childhood has become a far more competitive time,” said Shalini Shankar, an anthropologist at Northwestern University and author of “Beeline: What Spelling Bees Reveal About Generation Z’s New Path to Success,” which was published in April.

Dr. Shankar writes about how South Asian-Americans have come to dominate the contest, and the effect of immigrant parenting styles on American society.

As a new school year begins, the former champions we interviewed — stretching from 1971 to 1996 — told us about the impact the spelling bees had on their lives as they pursued careers in medicine, law, business and teaching.

Dr. Knisely, 61, a radiation oncologist at NewYork-Presbyterian/ Weill Cornell Medical Center in New York, came from a spelling family. His older brother had previously made it to the national competition, and the whole family traveled from southern New Jersey to Washington to root for him. Dr. Knisely remembered watching his mother cry after his brother was eliminated.

“I told her that I would win it for her,” he said. “And then, believe it or not, it occurred!”

His winning word was shalloon, a lightweight twilled fabric. Clinching the trophy felt “rapturous,” he said.

For all his preparation, even at 12 years old, he knew what a big role luck had played in his win.

“The fates had smiled on me,” he said.

His big win became a notable line on his résumé, and it may have opened some doors in his career, Dr. Knisely said. (He still has an eagle’s eye for proofreading, which can actually be a bit of a distraction when he’s trying to absorb a piece of writing.) But he never pushed his three children to get involved in the bee — not that they were particularly interested.

“It was not so cool to them,” Dr. Knisely said. “Not like being a fireman.”

Dr. Natarajan, 47, a sports medicine doctor in Chicago and chief medical officer for a national hospice provider, knows how extensively the bee has changed. He’s been a staff member and judge for the bee, and nowadays he helps his 13-year-old son, Atman Balakrishnan, prepare for the competition.

“The body of knowledge, the amount of information necessary to win today is just exponentially greater than it was back then,” he said.

That’s because of technology’s impact on preparation, he said. Whereas a winner in the 1980s might have had a word bank of 10,000 to 25,000 words in study guides, spellers today might study from an online list of 100,000 words.

And while he prepared for months, he has observed that successful contestants these days tend to study year-round.

“People are much more prepared when they get to the national stage,” he said. “And they just keep upping the ante.”

Dr. Natarajan, who hailed from Bolingbrook, Ill., was the first South Asian-American to win the contest. He was 13, and it was his third appearance at the national bee.

His win helped him build confidence and appreciate the value of hard work and family support, he said. He was embraced and celebrated by Indian-Americans, and inspired others to participate.

“They accepted the championship not as mine,’’ he said, “but as ours.”

“I was in no way expecting to win,” Ms. Petit said of her appearance at the national bee when she was 13.

She had learned she was going only about six weeks before the bee, and immediately doubled down on her study routine at home in Bethel Park, Pa. She faced 184 other spellers, the largest bee held up to that time.

Now a lawyer for nonprofits in San Francisco, Ms. Petit, 46, keeps her trophy in her office, and colleagues sometimes tease her about it. But she has often drawn on her bee experience, which included appearances on national TV and a meeting with President Ronald Reagan.

She also credits the bee with giving her a leg up when it came to college admissions: She was accepted to Harvard, Yale and Princeton. (She chose Princeton.)

“Learning that lesson of hard work plus luck was very valuable,” Ms. Petit said. “It carried me through college and law school, and as a lawyer, I still think it’s true: You can prepare, but sometimes it helps if you get a little lucky.”

Ms. Lai, now a middle school math teacher in San Francisco, was an avid reader as a child in Palm Beach Gardens, Fla. But she got seriously motivated to participate in spelling bees when she read about the incentives for winning the national championship.

She won in her fourth year of competition, with the word vivisepulture, the art or practice of burying alive. She was 12.

Studying for the contest “was very old school,” she recalled. “I didn’t use any digital device, it was all writing it down. We had legal pads with just one word on every line, sometimes a definition, highlighted if it was a word that I missed, and we’d come back to it.”

ESPN began broadcasting the finals live in 1994, and Ms. Lai said that she and other children adapted to the pressure of appearing on camera during the bee. (Jay Leno also tested her spelling on “The Tonight Show,” but she was unflappable.)

Ms. Lai, 35, worked in finance after graduating from Harvard, but switched to teaching, which she finds more fulfilling. In the classroom, she shares the most important lessons that she took away from the bee: Grit and persistence are key to success; honing a skill takes lots of time; and it’s about the journey, not the destination.

“That’s so much richer than the championship itself,” she said.

Read more about the spelling bee
(And good luck on the quiz!)
FacebookshareGoogle+sharePinterestpin it
Casually Watching a Burlesque Show With Martha StewartBeautiful, Remote and So Instagrammable. Can the Azores Manage Popularity?
Latest