Skin Deep: This Winter, Don’t Just Sit by a Crackling Fire. Smell Like It, Too. 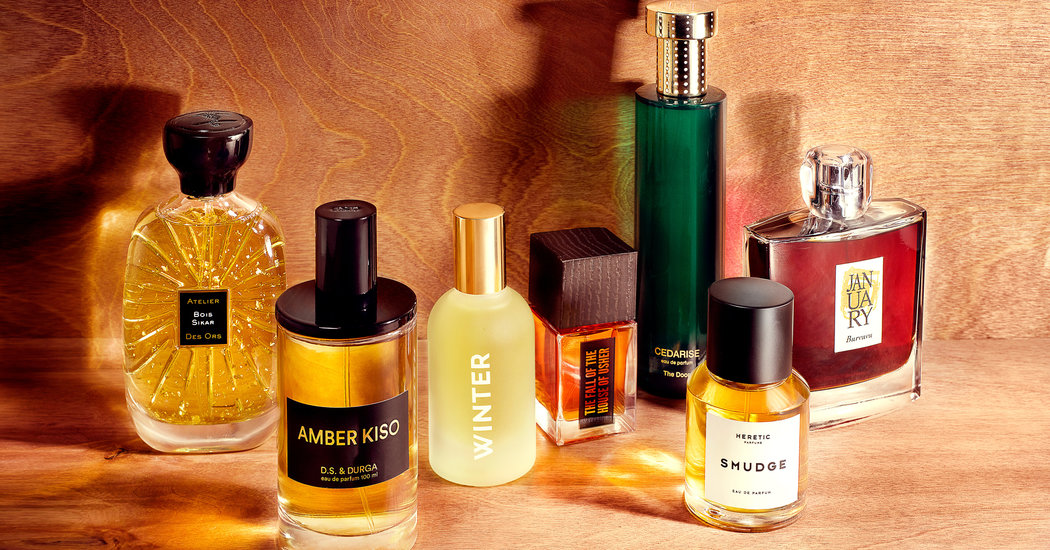 “I bloom indoors in the winter like a forced forsythia,” the author and naturalist Annie Dillard wrote in 1973. “I come in to come out.”

Winter, as a season, is all about being inside — physically and metaphorically. It is about regrouping, hunkering down, searching internally for inspiration. Fragrance is all about bottling our deepest desires and selling them right back to us; and this season, people very much want to smell like timber and bonfires. They want perfumes that not only bloom indoors but smell like the inside of a cozy wooden house.

Log Cabin Perfumes, as I have taken to calling the growing category of scents that evoke a cold snap all year round, are fairly new to the market. A decade ago, only a few niche fragrances prominently featured notes like Scotch pine, birch tar, gunpowder, palo santo and wood smoke. In 2009, Serge Lutens released Fille en Aiguilles, a cult hit that smells like a Christmas tree farm, and slowly the hibernal trend began to trickle through the indie perfume world. Now, the demand for wearable wintry mixes has exploded.

“These scents are experiencing a renewal and will be with us for some time,” said John Biebel, the perfumer behind the indie fragrance house January Scent Project. “It’s a bit of escapism, but actually to many it may be a desire to return to ‘real’ life, full of unfiltered smells of the forest, the mountains, the freshly cracked wood branch and pine cones underfoot.”

Mr. Biebel’s newest scent, Burvuvu, is a wonderfully complex marriage of two different types of cedar (the dry, dusty Virginia varietal and the sweeter, milkier red cedar) as well as tree lichen and an unexpected note of wild mushrooms. The result smells like an antique wooden chest filled with muddy soil.

Cedar is a common theme among Log Cabin scents. Cedarise, a new scent from the Parisian house Hermetica, contains cypress, vetiver root and the slightest citrus squeeze of pink grapefruit. Bois Sikar, the latest release from Atelier des Ors, another Parisian line, layers nutmeg and gooey styrax resin atop a base of cedar leaves, which lends the entire composition the exact scent of a glass of overly peated single-malt scotch.

No two Log Cabin scents smell alike — they invoke more of a mood board (chilly, smoky, ponderous) than a cohesive olfactory profile. What they have in common is that they tend to be woody, unisex and very strong. Mr. Biebel attributes this aromatic excess to the way skin reacts to perfume in low temperatures.

“Heavier and smokier scents evaporate slower off our skin in winter because our skin is much colder,” he said. “In summer this would all happen too quickly. Winter allows us to breathe in resins and smokiness at a trickle, which has a beautiful haunting quality.”

Franco Wright, the co-founder of the popular Los Angeles boutique Scent Bar and the online retailer Luckyscent, has seen a demand for perfumes that smell like being swaddled in lumberjack flannel, even in a city that stays balmy all year round. “By reminding us of simpler times and pleasures, even the most powerfully rugged winter scents can gift us a feeling of extreme coziness,” he said.

Simple pleasures are part of the Log Cabin scent allure. They encourage us to slow down and breathe deeply. Many contain green, herbal notes that can induce a camphorous, cleansing feeling. This year, the gothic perfume house Sixteen92 in Dallas released the Fall of the House of Usher, a scent that is so rich with pine and fir needles that it can clear your sinuses.

The Brooklyn house D.S. & Durga found inspiration in medicinal woods for the new Amber Kiso, which, according to the co-founder David Moltz, contains “an old world base of vanilla and myrrh and holy Japanese woods, like hinoki and maple, the kind that ritual samurai would rub on their blades.”

Smudge, a new scent from Heretic, a New York line founded by Douglas Little, who also happens to be the nose behind Gwyneth Paltrow’s Goop perfumes, takes the concept of winter cleansing to a near literal level. The star of the perfume is an overdose of white sage, which when combined with labdanum, juniper and violet leaf, smells like a heady incense that one might burn to purify their home (or cabin).

If there is one Log Cabin scent that truly exemplifies the category, in that it smells like a snow globe crunched into a bottle along with candy canes and firewood, it is Dasein’s Winter, which has gained a true cult following over the last five years.

The perfumer, Samantha Rader, who works as a psychology clinic director in Los Angeles when she isn’t blending scents at home, wanted to make a fragrance that “smells like Christmas, but is a perennial.” She settled on an icy cocktail of Scotch pine, blue spruce, French lavender and black cardamom, which she began selling in 2013 at just three local boutiques. She sold 100 bottles of Winter in less than a week and suddenly had more orders than she could fill.

At first, in order to fill the huge demand for Winter and still keep her day job, Ms. Rader decided she would release the scent only once a year, from October to January, in a limited batch. She has kept the tradition going, even as she started selling in 80 stores. She wants Winter to feel special, like a sacred holiday happening. The perfume regularly sells out every year, and when it is gone, it is gone.

“I get emails all year long for it,” Ms. Rader said. “People saying they will pay triple if I make them a bottle. I’m touched. But the fact that they can only get it when the scent of pine is in the air is part of the magic.”

FacebookshareGoogle+sharePinterestpin it
Phys Ed: How Exercise May Make Us HealthierMedical News Today: Could a tiny implant boost weight loss?
Latest