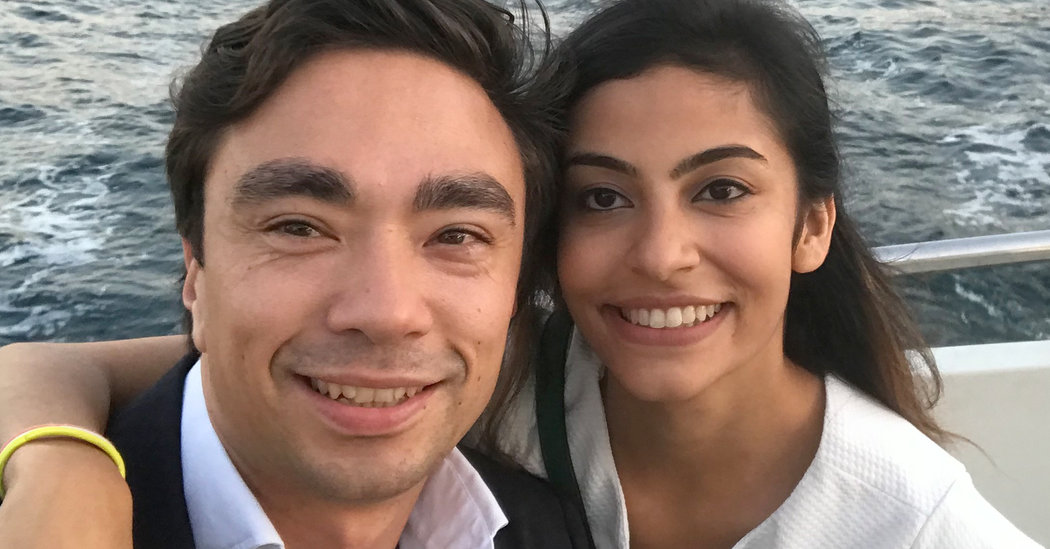 Ms. Johri, 27, is a senior product manager in Luxembourg for Amazon Warehouse Deals, which offers discounts on returned, warehouse-damaged, used, or refurbished products. She graduated from Yale.

She is a daughter of Rohit Johri and Mitali Johri of Dubai. The bride’s father is a director and team head, at BNP Paribas, an international banking group in Dubai. Her mother was a stay-at-home parent.

Mr. Scott, 32, is a manager in Luxembourg for Amazon, where he leads a team of product managers that automate the account management of Amazon’s product suppliers. He graduated from the University of Waterloo and received an M.B.A. from the London Business School.

He is a son of Sakurako Scott of Victoria, British Columbia, and the late Frank A. Scott. The groom’s father was a consultant for the United Nations International Labor Organization based in Geneva. His mother also was a stay-at-home parent.

The couple met in 2017 at a rock climbing event in Trier, Germany.