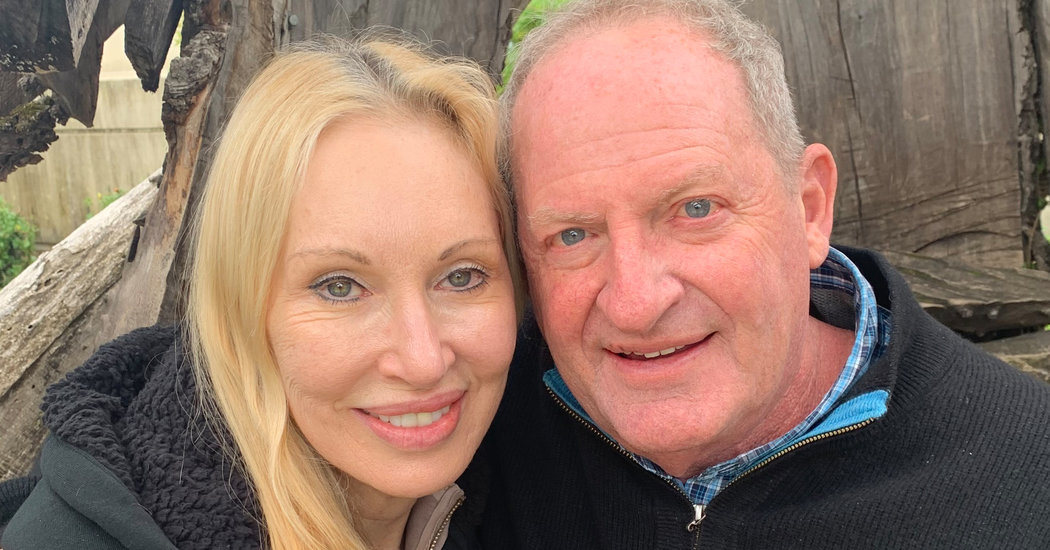 Mrs. Kovel, 61, an art dealer, runs expressionartgallery.com, an online art marketplace based in Rancho Mission Viejo, Calif. She graduated from the University of Southern California, from which she also received an M.B.A. in entrepreneurship.

She is the daughter of the late Jeroldine M. Martin and the late Jerold D. Martin, who lived in Salem, Ore. The bride’s father was the litigation director of the Oregon School Board Association in Salem. Her mother was a stay-at-home parent, and until the early 1960s was a high school teacher in the Medford School District in Medford, Ore.

Mr. Kovel, 68, is a screenwriter based in Rancho Mission Viejo, as well as a partner and creative director in Apogeeunited.com, a marketing collective in Irvine, Calif. He has written several short films, including “D.O.G.” (2019), “The Ascent” (2018), “The Teacher Among Us” (2017) and “The Paperclip” (2016). Until 2017 he was a partner and the creative director in Kovel Fuller Advertising Los Angeles. He graduated from the University of Denver.

He is the son of Terry Kovel of Cleveland, and the late Ralph Kovel, known for their expertise and books on antiques and collectibles, as well as a syndicated column, newsletter and website Kovels.com, which continue to be written and edited by the groom’s mother and Kim Kovel, his sister. To date, 108 books have been published, including 52 annual Kovels’ Antiques & Collectibles Price Guides. His mother is on the chair’s council, in Cleveland, of Ideastream, a nonprofit consolidation of five channels of public television service in Northeast Ohio.

The bride’s previous marriage ended in divorce, as did the groom’s previous two.

The couple met in 2014 in Laguna Beach at an art opening, which Mr. Kovel was filming for possible use in a commercial shoot. When Ms. Attias came into view, he quickly stopped filming to talk to her, but when he asked her out for coffee, she politely refused. After Mr. Kovel asked her to suggest another local gallery he could film, his luck changed. She then accompanied him to one across the street, and their passion for art became quickly apparent.