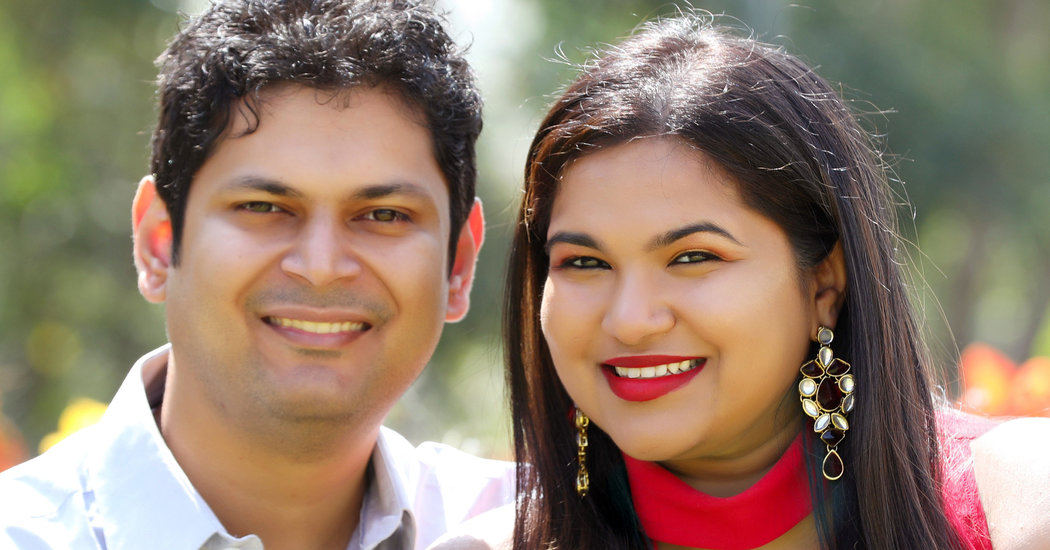 The couple met at the Indian Institute of Technology Madras in Chennai, India, from which each graduated.

The bride, 28, is a principal at BlackBuck, a digital logistics start-up in Bangalore, India, where she heads marketing. She received a master’s degree in journalism from Columbia.

She is a daughter of Meera Haridas of Kochi, India and K.C. Haridas of Dubai, United Arab Emirates. The bride’s father is the chief executive of Savington Insurance, an insurance company in Dubai. Her mother is a private sector marketing consultant who until August, was head of marketing at AyurVAID, a chain of ayurveda hospitals and treatment centers in India.

The groom, 30, is a founder and chief executive of Zetwerk, a software start-up in Bangalore. He received an M.B.A. from the University of California, Berkeley.

He is the son of Dharitri Dwivedy of Bhubaneswar, India and Dr. Arabinda Acharya of Fayetteville, N.C. The groom’s mother is the executive director of Women Education and Environment, a nonprofit group helping advance entrepreneurship among rural women in India. His father is a professor at the College of International Security Affairs National Defense University in Fort Bragg, N.C. He is also the author of several books on international studies.