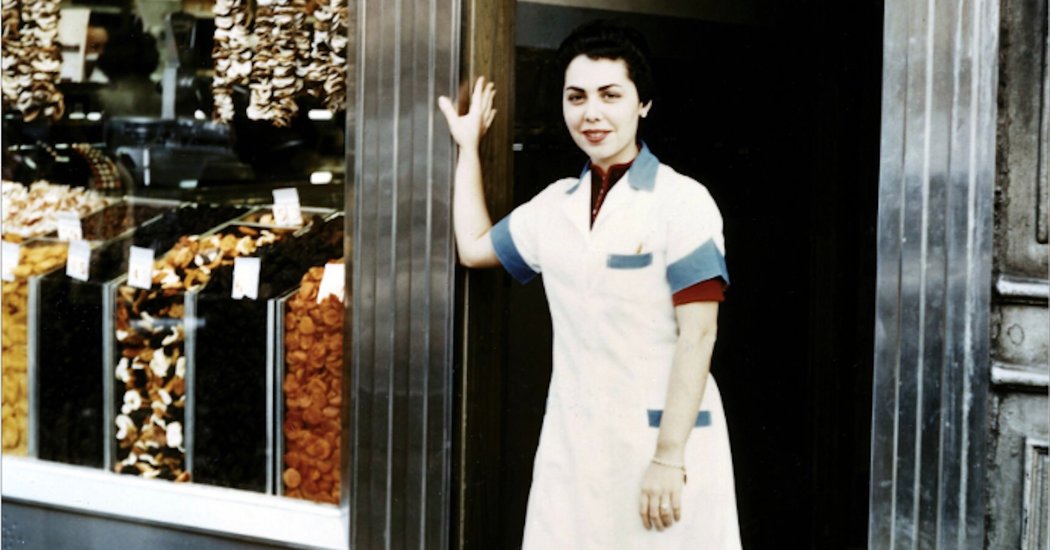 Don’t expect a platter of herring and bialys. But prepare to be hungry anyway at the new “Russ & Daughters: An Appetizing Story” exhibition produced by the American Jewish Historical Society at the Center for Jewish History in Manhattan.

The exhibition, which is free and opens to the public on Friday, aims to teach visitors about the Russ & Daughters appetizing shop on the Lower East Side and its impact on New York’s rich food and cultural history.

Joel Russ’s first shop opened on Orchard Street in 1914. A few years later, he moved the store to its current location on East Houston Street. He had no sons and eventually named his three daughters as partners — changing the name J.R. Russ Cut Rate Appetizers to Russ & Daughters. The fourth generation of Russes now operates that shop and others.

Annie Polland, the executive director of the A.J.H.S., said she wanted to create an exhibition to share the Russ family’s archives, as well as artifacts from the historical society’s collection.

“The things that we have saved over the years, whether we thought it was archival or not, there was substance there,” said Niki Russ Federman, who co-owns the shop with her cousin Josh Russ Tupper.

Guests will encounter old photos, including one of a fishmonger on the street; an audio recording of two of the Russ daughters, Hattie and Ann; and posters of Yiddish theater performers. You can even wear one of the workers’ famous white coats for a photo op.

When asked what it was like to see his family’s history on display, Mr. Tupper said: “It still seems sort of unfathomable. It’s still a theory for me, and that question may be answered after Thursday.”