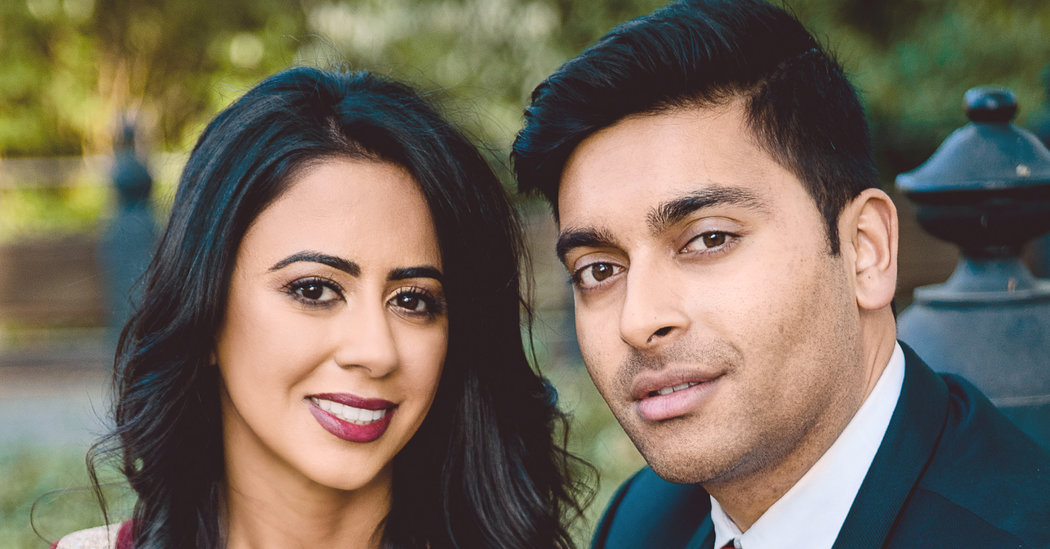 Dr. Gill, 31, is a product manager at Dave Health, a company that develops medical devices in San Mateo, Calif. She graduated from Boston University and received a Ph.D. in biomedical engineering from the University of California, Davis.

She is the daughter of Jaswinder K. Gill of San Jose and Satwant S. Gill of Palm Harbor, Fla. The bride’s father is the director of program management at Tech Data, an information technology and services company in Clearwater, Fla. Her mother is a research and development engineer at Honeywell in Sunnyvale, Calif.

He is a son of Sarita D. Narayan and Ravindra P. Narayan of Union City, Calif. The groom’s mother is a patient financial clearance supervisor at Stanford Health Care in Newark, Calif. His father is an electrical engineer at Innovative Circuits Engineering, a design, manufacturing and engineering services company in San Jose.

The couple met in 2016 through a mutual friend who went to elementary school with the groom.