Robert Norris, the Marlboro Man in Commercials, Dies at 90 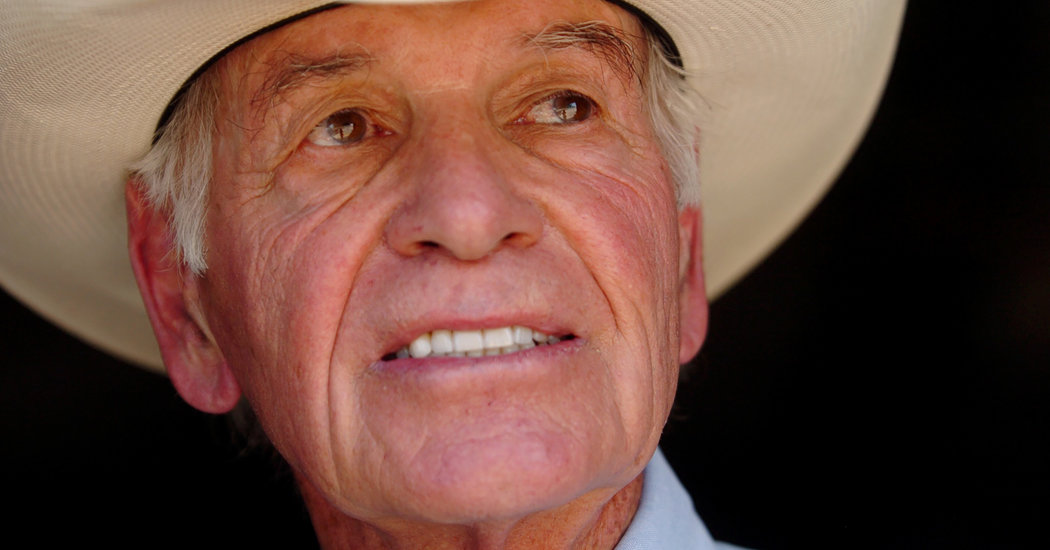 Robert C. Norris, a rancher known for his role as the Marlboro Man in television commercials for the cigarette brand, died on Sunday at Pikes Peak Hospice & Palliative Care in Colorado Springs, Colo. He was 90.

His death was announced in an obituary posted on his Tee Cross Ranches website. A cause of death was not provided.

Mr. Norris, portrayed in Marlboro advertisements with a cigarette in his hand or mouth, was the face of the Marlboro brand for more than a decade.

He was first approached on his ranch after ad executives spotted him in a photo with the actor John Wayne, who was a close friend, his son Bobby Norris told KKTV in Colorado Springs.

The Marlboro Man first appeared in 1955 after the cigarette and tobacco manufacturing company Philip Morris and the advertising agency Leo Burnett Worldwide revamped the cigarette brand. Mr. Norris was one of several men who depicted the Marlboro Man during the decades-long campaign.

Marlboro was founded as a women’s cigarette brand before it was repositioned as a masculine product with a rugged cowboy feel and personality.

“The Marlboro Man campaign is easily one of the most successful advertising campaigns of all time,” Professor Ellsworth said. “It absolutely conquered the world.”

The ad campaign helped Marlboro become the world’s leading cigarette brand in 1972, where it has remained since. More than 43 percent of all cigarettes bought in the United States last year were Marlboro, according to Forbes.

Barry Vacker, an associate professor of critical media studies at Temple University, said the Marlboro Man came during a turbulent period of the Cold War, the civil rights and women’s rights movements and the emergence of rock ’n’ roll.

“The Marlboro Man stood as an iconic symbol, an individual in control of his destiny,” Professor Vacker said. “He was a reassuring figure at the height of our fear of nuclear annihilation and a conservative counter to changing values.”

He said the campaign’s cultural significance could not be matched. There does not seem to be a modern-day equivalent to the cowboy, he added.

Mr. Norris, though never a smoker, was featured as the Marlboro Man in commercials that ran for about 14 years in the United States and Europe. He eventually abandoned the campaign because he felt he was setting a bad example for his children, according to his ranch website.

A federal ban on television and radio advertisements for cigarettes took effect in 1971, and the Marlboro Man campaign, among others, was discontinued in the late 1990s in the United States as part of a sweeping settlement of litigation brought by nearly all the states against the major tobacco companies.

Mr. Norris was born in Chicago on April 10, 1929, into a family of mostly financiers and lawyers. He grew up in St. Charles, Ill., about 40 miles west of Chicago, and attended the University of Kentucky, where he played football.

He married Jane Wright, then a recent graduate of DePauw University in Greencastle, Ind., in 1950, and moved to Fort Collins, Colo., in 1953. That year, Mr. Norris entered the horse and cattle business.

A few years after moving to Colorado, Mr. Norris bought 20,000 acres and established the Tee Cross Ranch. It eventually expanded to 63,000 acres and a second ranch was created in Arizona.

Mr. Norris, a philanthropist with an affinity for the arts and animals, served on numerous boards and founded the Colorado Festival of World Theater, according to the ranch website.

In 2003, five baby elephants, which had been orphaned in Zimbabwe, were brought to the ranch. At the urging of his children, Mr. Norris adopted one elephant and named it Amy, a relationship chronicled in a children’s book, “Cowboys Love Elephants Too,” written by his daughter Carole Sondrup.

Mr. Norris is survived by his sister, Lavern Gaynor; his children, Ms. Sondrup, Steve Norris, Leslie Penkhus and Bobby Norris; and 13 grandchildren. His wife died in 2016.

FacebookshareGoogle+sharePinterestpin it
The Hidden Cost of Gold: Birth Defects and Brain DamageAre There Benefits to Collagen Supplements?
Latest