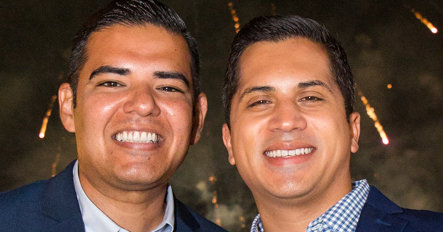 Mr. Garcia (left), 42, is the mayor of Long Beach. He graduated from California State University, Long Beach, from which he also received a Ph.D. in education. He also has a master’s degree in communication studies from the University of Southern California.

He is a son of Gaby O’Donnell of Whittier, Calif.

He is a son of Juanita A. Alvarado of San Jose.

The couple met at a bar in West Hollywood, Calif. on the Fourth of July 2008.