Rites of Passage: The Ecstasy and the Agony of Being a Grandmother 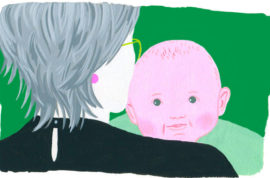 I was in the delivery room when my first grandchild was born. It was a gift from my daughter to be invited in at all — I know I can be overbearing sometimes — and I cherished the invitation like a rare and precious gem.

During the long night of my daughter’s labor, I was so afraid of interfering that I hardly dared breathe (or, more to the point, hardly dared catnap, since apparently I snore).

I knew what not to do — “No touching! No talking!” was my daughter’s request of both her husband and me when we first got to the hospital — but I wasn’t sure what exactly I should do. I felt grateful to have been asked to join them, and scared that I would somehow screw it up.

Things got better after my daughter got an epidural and returned to her normal engaging self. Now it was O.K. to talk, though I still avoided touching, even though I longed to give her a few hugs.

Childbirth is all about the woman in labor, obviously, and those of us in attendance are just bit players in the main event. But I felt awkward in that setting, more awkward than I’d expected, since usually I’m quite at ease with my daughter and son-in-law.

I knew they wanted me there primarily as an extra set of eyes and ears, a sort of no-cost doula. My daughter had seen me in action when my mother was hospitalized, and she knew I could be a fierce patient advocate if she needed one.

But what was my role when things were going fine? I found myself wrestling with my own uncertainty, trying hard to remain unobtrusive, straining for the right balance between being invisible and turning into a mother lion.

At 7:47 on a cloudy morning in June, the baby finally arrived. Strangely, I wasn’t bowled over by starry-eyed, new-grandma love. What was wrong with me? Instead I felt guilt at the sight of the baby’s smooshed-up nose, worried that it was going to be the one obvious component of my legacy.

And I felt hurt, too, as the baby was cleaned up and passed from mother to father to mother again for skin-to-skin bonding time. So many glowing smiles, and there I stood — having been so quiet, so supportive, so tired for 12 long hours — as it slowly dawned on me that no one was going to offer the baby to me, and I wasn’t going to find a way to ask.

O.K., so I wasn’t flooded with the right emotions there in the delivery room. O.K., so I didn’t get the bedside cuddling I had hoped for. Deal with it, I told myself; this adventure isn’t about you. What I was privileged enough to witness was something wonderful: the birth of a family, as two young people I adored took on the mantle of parenthood together, with a perfect mixture of gravity and glee.

In the late afternoon I returned to the hospital with my husband, and fell in love at last. That’s when my son-in-law handed me my bundled-up granddaughter, who was of course beautiful and who had a perfectly delightful nose.

Now, three years later, I realize that the delivery room experience was a metaphor for grandmothering itself: the thrill of being invited inside, the delight of watching your children become parents, tempered by the sense of being kept at arm’s length as the new family starts to unfold.

That’s the bitter truth of grandmothering: This is your last unfolding. As your children and grandchildren spin off, they must spin away, too, so they can continue long after you’re gone. Even as you get to watch them, right up close, you’re always outside with your nose against the glass — and you’re increasingly aware of how much of their story will take place without you.

I’d been waiting for that glimpse in the delivery room for what felt like a long time. As my 60s approached, I kept being gobsmacked by grandbaby lust. I wanted to hold a baby — not just any baby, but one with whom I could feel the primal connection I had once felt holding my own two girls. I wanted the sight, smell and heft of a baby in my arms; I wanted a little one to come to know me, trust me and seek me out for comfort; I wanted a child to give shape and purpose to my days.

I wasn’t alone in this longing. A whole generation of strong, accomplished baby boom women were feeling something similar, or at least that’s how it seemed from my own privileged corner of the world.

But why do we feel this way? Are we longing to get back to our own youth, when not only were our babies bundles of infinite possibilities, but we ourselves were, too? Is our longing more altruistic, a hope for our children to know the deep joy that comes from being a parent? Are we just bored and looking for something meaningful to do?

In many ways, grandbaby lust is a lot like the baby lust of younger women, with the same uncertainties of fertility, desire and commitment. But there is one agonizing difference: They are not your uncertainties to work out. They’re your son’s or daughter’s. And these sons and daughters often think that they have all the time in the world.

While we, the would-be grandparents, know that our own time is running out.

In the last few years of her life, my mother would talk about the angst of aging. Who’s that old lady in the mirror? she’d say, thinking she was being clever. And, more seriously: Why does no one need me anymore? When did I become unwanted, or, as the French would say, de trop?

I was impatient when she said these things. Everyone feels that way, I would tell her. It was almost the cruelest thing I could have said to my brainy mother, that her conversation was a bit of a cliché.

She died last year at the age of 92, and my impatience with her feeling de trop is one of the things I feel most guilty about. Why did I have to be so brusque? She was just trying to connect, to state an emotional truth that’s a cliché precisely because it’s so universal. She was an old, lonely lady with a terrifying blunting of her once-sharp intellect, and she just wanted to talk. And maybe she was also trying to do what mothers and grandmothers do: prepare us for her absence.

That is the weird self-annihilation at the heart of the job, as the novelist Edwidge Danticat observed. The ultimate goal of raising a child, she wrote, is to give the child everything she needs to leave you: “to get bigger, smarter, to crawl, babble, walk, speak, to have birthdays that you hope you’ll live to see.”

I knew about all that as I was raising my two daughters, but I knew it with my head only, not my gut. I was 26 when the older one was born, 30 for the next one, and I had every expectation of hanging around for a long, long time even after they learned to walk away from me. I planned to live to see, and share in, birthday after birthday after birthday.

But as a grandmother, I have no such belief; the anguish is in my gut at last. I have internalized the stinging knowledge that, beneath all the encouragement you give your children to grow and walk and speak and leave, beneath all the wonderful moments you may be lucky enough to share in and enjoy, your grandchild’s life will be a long string of birthdays you will not live to see.

My friend Barbara lives in New York City, and she tries to get down to Washington, D.C., every month or so to visit her two grandsons. On one such visit, her younger grandson was playing with her jewelry. He asked to look more closely at her wedding ring.

He looked at her engagement ring. “Can my wife have this?” he asked.

“Then it hit me — I’ll never see him get married,” Barbara told me later. “I’ll never meet his wife.”

That’s the double-edged nature of being a grandmother: Your thoughts turn powerfully toward the future — one that now includes the grandchildren you adore — at the very same moment you’re reminded of your own absence from that future. It’s an odd mixture of birth and death, which is what gives grandmotherhood its beauty, as well as its specific and poignant pain.

Robin Marantz Henig is a contributing writer at The New York Times Magazine whose books include “Pandora’s Baby” and “The Monk in the Garden.” Her daughter Samantha Henig works at The Times.

More reading on grandmotherhood
The Bliss of Grandmother Hormones 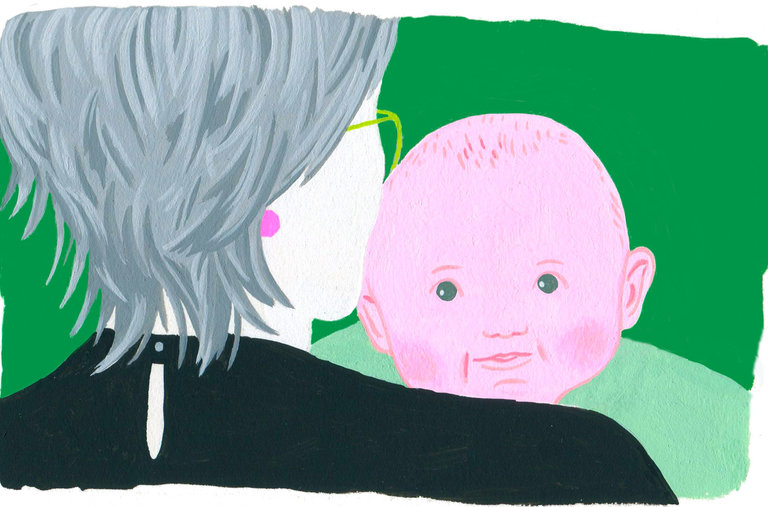 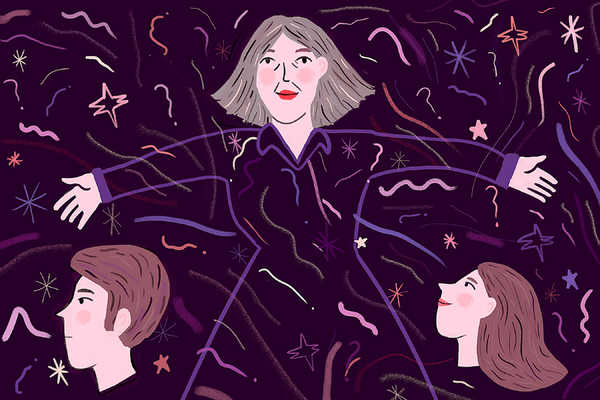 For My Grandchild, the Moon 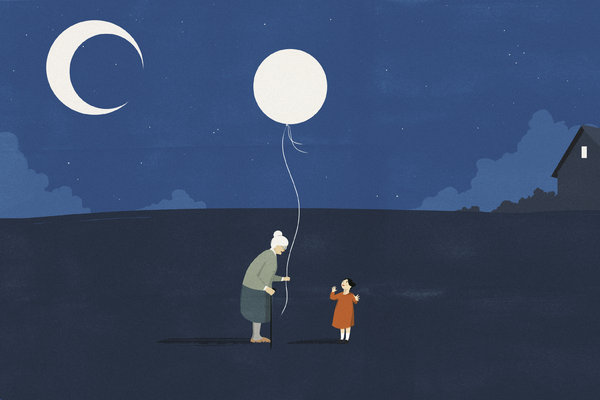 FacebookshareGoogle+sharePinterestpin it
Doctors: What Lies Beneath the SurfaceFive Times the Internet Was Actually Fun in 2018
Latest