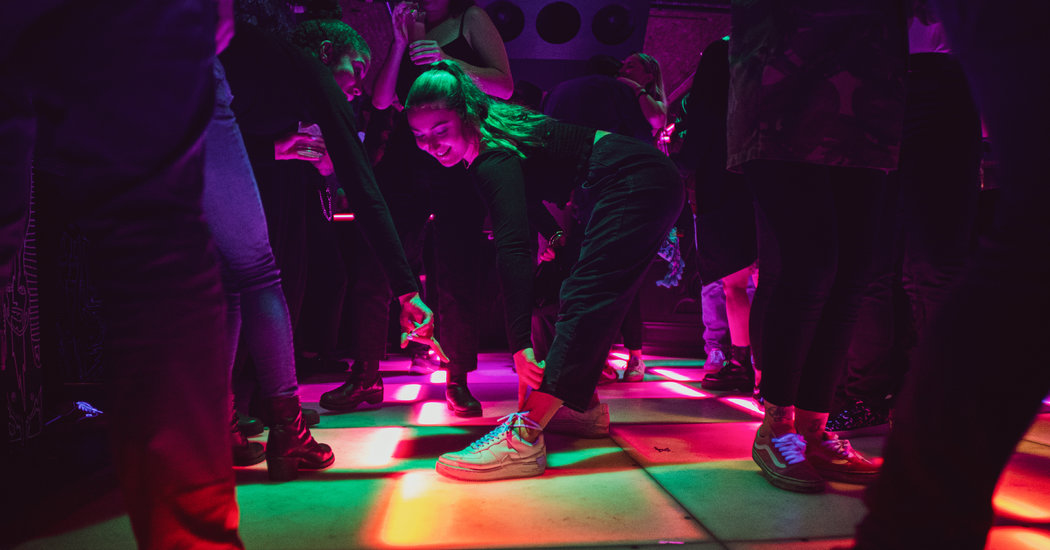 There is no one named JJ, nor is this new bar very well hidden, but with its alluring light-up dance floor, muscular sound system and brightly colored drinks, JJ’s Hideaway traffics in fantasy anyway.

Opened in August, it is the latest venture by Dan Cipriani, the restaurateur and set designer behind the Sea Wolf and Gemelli in the Bushwick section of Brooklyn. With its cheapish drinks and diverse clientele, the bar harks back to a time before Williamsburg became overrun with boutique hotels, glassy condos and children named Jasper, Kokie and Juniper.

The bar is just off Wythe Avenue and its glittery cluster of boutique hotels: the Hoxton, the Wythe, the Williamsburg and the William Vale. The small front room is staged with graffiti, vintage rock posters and a dozen bar stools. The action is in the back, thanks to the Instagrammable dance floor and a hand-drawn mural by Patrick Church, which glows in the black light.

On weekend nights, good-natured bros from the West Village or points farther afield, crowd the bar. Dancers can be sparse on the floor, self-conscious and jokey, at least until the Fuzzy Nipples kick in.

The real parties are niche and take place during the week: On Mondays, a vaguely Goth crowd recreates an early Misshapes vibe. On Wednesdays, lithe gay men gyrate in the smoke of a fog machine for a party called Pony Boys. And once a month. local pole dancers make expert use of a temporary pole for Twerk It Tuesdays.

A desultory ID check by a monolithic bouncer gains one entry. The bar can get uncomfortably tight, especially after 11, when the action picks on the dance floor.

The music is refreshingly catholic. On any given night, Benny Benassi’s remix of Madonna’s “Celebration” may swerve into “Topanga” by Trippie Redd. Or Italo disco may segue to hip-hop.

FacebookshareGoogle+sharePinterestpin it
Why Justin Bieber, Chris Pratt and Offset Like to ‘Double-Wrist’A Mexican Restaurant in the Bronx Prepares for an Asylum Case
Latest