Restoring an 1806 Home to Showcase Mexican Culture (and Tequila) 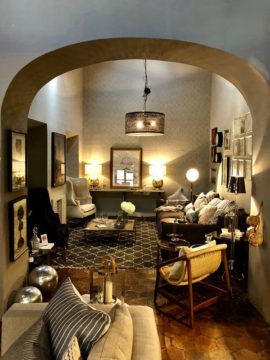 Arturo Lomeli says the Mexican town of San Miguel de Allende “is one of the most photogenic places I have ever seen.”

He loves the community so much that in December, he bought an 1806 home there and has hired a team of architects, designers and skilled workers to restore it.

But Mr. Lomeli, the founder of the tequila brand Clase Azul and a resident of Los Angeles, does not plan to move in. Instead, he intends to use the house to promote Mexican culture and his tequila, offering consumers the chance to paint the handmade bottles his tequila is sold in.

A Mexican artisan takes 11 days to make each bottle. The process involves mixing soils to create a base that’s poured into a cask mold, polished, glazed, painted and baked in an oven heated to more than 2,100 degrees Fahrenheit.

“We want people to keep these bottles forever and reuse them as vases, lamps and other decorative objects,” Mr. Lomeli said.

The city, in the mountains about 170 miles north of Mexico City, was once under the radar, but is now a mainstay for tourists and has drawn international hotel companies, including Belmond and Rosewood, to open properties there. 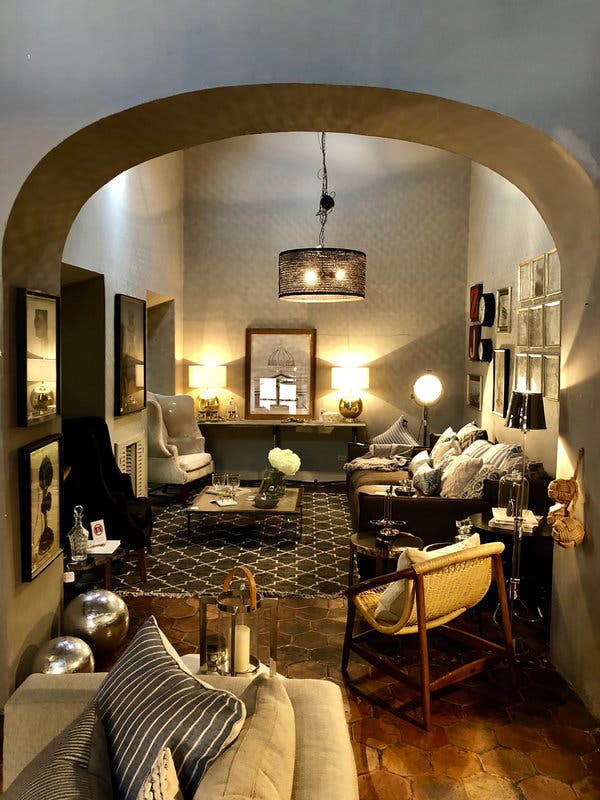 The home has 28-inch-thick adobe walls, high curved ceilings and wrought-iron balconies, and the owner plans to stock it with sculptures, paintings, photography and other works by Mexican artists.CreditClase Azul Spirits

The Clase Azul house is expected to open to the public by late summer.

Jonah Flicker, who writes about spirits, said that Clase Azul was one of the leaders in the premium tequila category, in large part because of its beautiful and unique packaging.

“The bottles are pretty eye-catching to both consumers shopping at stores and checking out what’s behind the bar, and the liquid inside is considered to be of pretty high quality,” he said. The prices — ranging from $70 to $1,800 a bottle — “can be outrageous,” he added, “but it’s a very drinkable tequila without any harsh burn.”

Mr. Lomeli described San Miguel de Allende as having a magical feel, with its cobblestone streets. “It has the best restaurants and art galleries,” he said. “I love it there personally and also wanted my business to have a strong presence there.”

The quest for the perfect house took several months, but his broker, Richard Trejo, eventually stumbled upon the property that Mr. Lomeli wanted.

“Richard sent me pictures, and I was instantly attracted to how traditional it is,” he said. (He would not disclose what he paid for the property, but the senior director of marketing for Clase Azul, Jose Martinez, said similar houses in Mexico cost around $1 million).

A short walk from the city’s historic downtown, the 5,540-square-foot home has 10 rooms on three levels.

While it is not known who originally lived there, Mr. Lomeli’s architect, Elias Rizo, well known in Mexico for his work on high-profile residences, including a contemporary house last year near Guadalajara, said that the construction was typical of a San Miguel de Allende house from the early 19th century.

Visitors will be invited to paint the handmade bottles that Clase Azul tequila is sold in. “We want people to keep these bottles forever,” Mr. Lomeli said.CreditClase Azul Spirits

Characteristic of Mexican homes, the floors are made of clay tiles, and all the rooms surround the patio. “To this day, the central patio is the heart of every typical colonial house in Mexico,” Mr. Rizo said.

San Miguel del Allende’s colonial architecture was financed by the silver mines in Guanajuato State, he said. After the mining era ended in the early 20th century, the city became a ghost town. As a result, unlike many other cities in Mexico, it never became modernized.

“Luckily, even though there is more development now, the foreign as well as indigenous local residents strive to preserve the traditional architecture,” Mr. Rizo said.

Both he and Mr. Lomeli describe the renovation, expected to take five months, as more like a restoration — to present visitors with a house that looks almost as it did when it was new.

Norma Barbacci, a preservationist who has worked on projects in and around San Miguel de Allende, said the home, similar to all of the city’s colonial architecture, was an artifact. “It’s integral to the identity of the city,” she said. “Preserving it means keeping history alive.”

Workers are cleaning and repairing every wall, beam and floor. They’re also removing the greenhouse roof that now covers the patio — it was added at some point after the house was built, but the original intent was to have an open patio where families would gather to socialize, dine or soak up the sun. “We want it to be as grand as it once was,” Mr. Rizo said.

Mr. Lomeli said he planned to showcase art — sculptures, paintings, photography and site-specific installations by artists who are actively working in Mexico — and host food tastings and dinners that focus on regional Mexican cuisine.

Although it’s not a home he will live in, he does plan to spend time there interacting with visitors. “It’s my house, and it’s a place where everyone is invited,” he said.

FacebookshareGoogle+sharePinterestpin it
Can treadmill exercise relieve period pain?A Star of ‘Moulin Rouge! The Musical’ Surveys Her Past
Latest