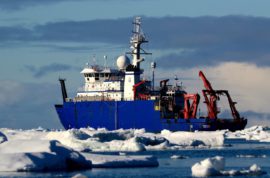 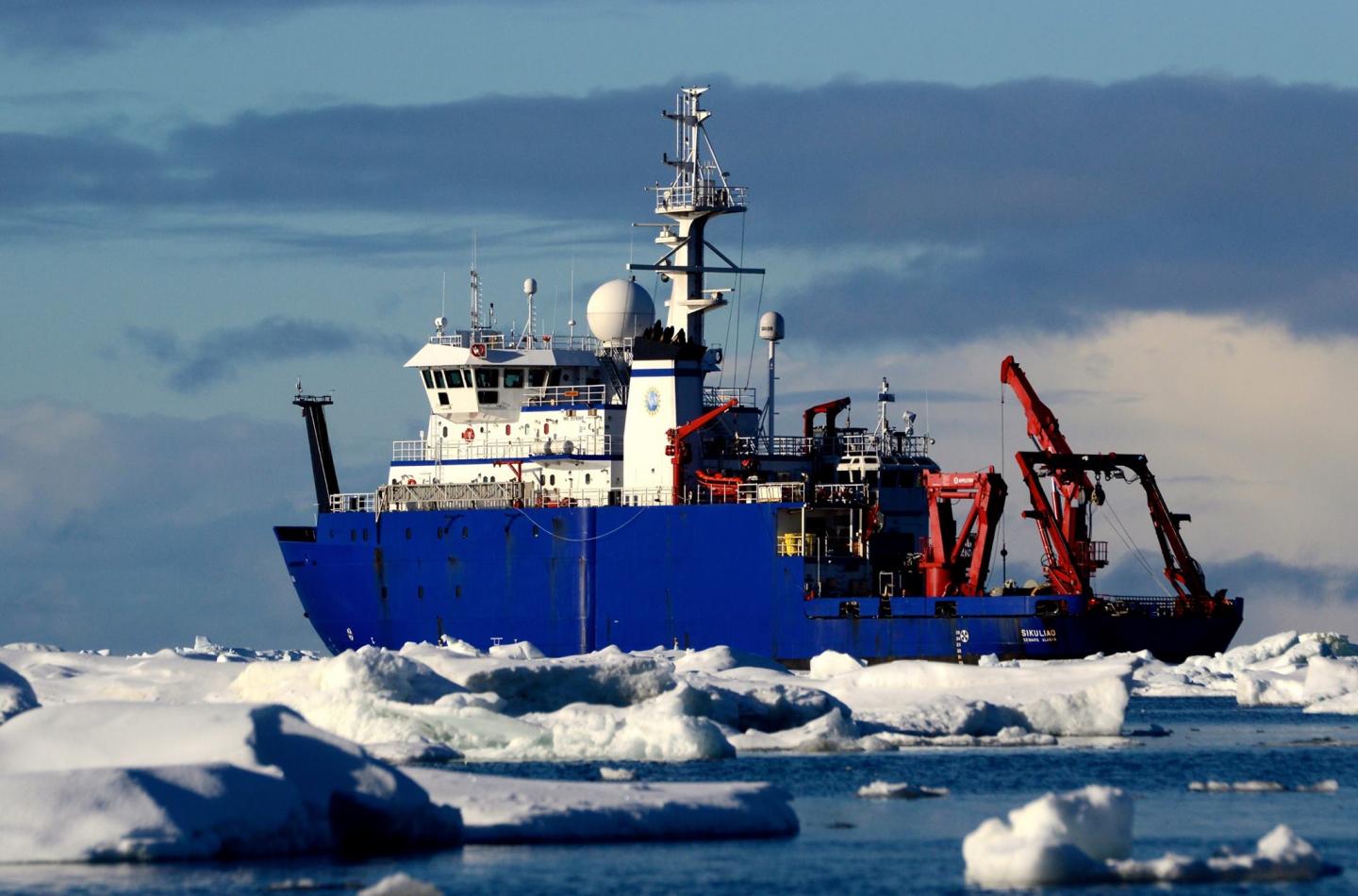 IMAGE: The research vessel Sikuliaq navigates ice during an expedition to study nitrogen processes. Researchers have revealed that the partnership between an alga and bacteria is making the essential element… view more

Scientists have revealed that the partnership between an alga and bacteria is making the essential element nitrogen newly available in the Arctic Ocean. The microbial process of «nitrogen fixation» converts the element into a form that organisms can use, and was discovered recently in the frigid polar waters. This shift may be a result of climate change and could affect global chemical cycles, according to the study published in the Proceedings of the National Academy of Sciences.

«It was shocking to find this process in the Arctic,» said Deborah Bronk, one of the study’s authors and president and CEO of Bigelow Laboratory for Ocean Sciences. «We thought that nitrogen fixation only occurred in tropical and subtropical waters. This finding may have huge implications for ocean chemical cycles and climate.»

Just as garden flowers and other land plants require nitrogen to grow, the element is also essential for microscopic ocean plants called phytoplankton. However, most of the nitrogen in the ocean is in the form of a gas that most organisms, including people, can’t use. Only a few types of microorganisms are able to undertake the task. Scientists long believed that the major nitrogen-fixing phytoplankton in the ocean lived only in warm waters, and that nitrogen fixation was essentially absent in the Arctic Ocean.

In 2017, Bronk and colleagues published a paper revealing that nitrogen fixation was in fact occurring in the Arctic Ocean, but they didn’t yet know which organism was responsible for the process. They were surprised to discover the source to be UCYN-A, a single-celled cyanobacteria that lives in symbiosis with an alga and typically thrives in warm water.

«One of the things this study showed is that our preconceived ideas stop us from looking for things we don’t expect to find,» Bronk said. «The more we learn about the ocean, the more we see that organisms are incredibly plastic in what they can do and where they can live.»

As the Arctic Ocean warms and its sea ice melts, the growing season for phytoplankton is lengthening. The research team believes that, while UCYN-A may have existed in the Arctic for some time, the warmer conditions brought by climate change have prompted it to begin fixing nitrogen. They also believe that this shift in UCYN-A activity could, in turn, influence global climate. As phytoplankton grow, they remove carbon from the ocean and ultimately the atmosphere — but they need nitrogen in order to do this, which UCYN-A may increasingly provide.

The researchers estimate that Arctic UCYN-A currently accounts for about two percent of global nitrogen fixation. Continuing to investigate this process and incorporating it into global biogeochemical models will improve climate predictions and the understanding of important ocean cycles. The researchers believe that this increase in available Arctic nitrogen could impact biogeochemical cycles in the North Atlantic Ocean, causing further shifts in ocean cycles.

«It is only because of past research that we were able to identify that this process is new,» Bronk said. «This study highlights the fact that sometimes not finding a process you are looking for is incredibly significant. We need to preserve data and make it available to people so we can really learn how the ocean is changing.»

Bigelow Laboratory for Ocean Sciences is an independent, nonprofit research institute on the coast of Maine. Its research ranges from the microscopic life at the bottom of marine food webs to large-scale ocean processes that affect the entire planet. Recognized as a leader in Maine’s emerging innovation economy, the Laboratory’s research, education, and technology transfer programs are contributing to significant economic growth. Learn more at bigelow.org, and join the conversation on Facebook, Instagram, and Twitter.

FacebookshareGoogle+sharePinterestpin it
Live Briefing: Live Updates: China Grounds Boeing 737 Max 8 Planes After Ethiopia CrashStores See a Future Without ‘May I Help You?’ (They’ll Already Have Your Data)
Latest