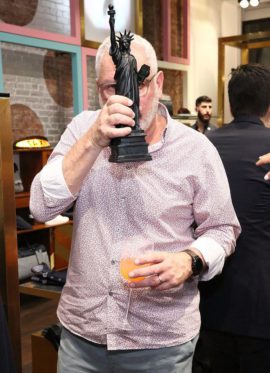 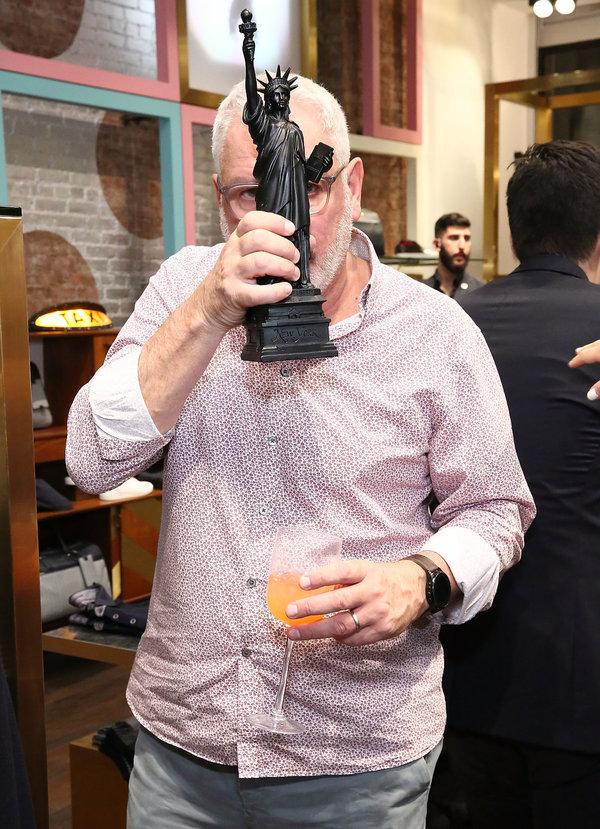 LONDON — Current and former employees of the British fashion chain Ted Baker are accusing the company’s founder and chief executive of inappropriate behavior, citing a “forced hugging” policy and a workplace culture that “leaves harassment unchallenged.”

According to a petition started by Ted Baker employees and published by the employee advocacy group Organise Platform, Ray Kelvin, who started the brand with a single Glasgow shirt shop in 1988, regularly “tries to massage people around the office, insists on long hugs with staff members, touches them inappropriately and openly asks his staff for sex.”

“Harassment at Ted Baker is well documented but willfully ignored by those in charge,” write the authors of the petition, which calls for the company to adopt new procedures that allow workers to report harassment to an “independent, external body.”

It is not clear how many of the more than 2,500 people who have signed the petition are Ted Baker employees because anybody can add their names to it. Shares in the company, which is listed on the FTSE 250, were down 14 percent, a five-year low in midday trading in London on Monday after the existence of the petition became publicized.

The company said in a statement that it was taking the allegations cited in the petition “very seriously,” and that a “thorough independent investigation” would be carried out.

“While the claims made are entirely at odds with the values of our business and those of our C.E.O., we take them very seriously,” the statement said.

It added: “Ray greets many people he meets with a hug — be it a shareholder, investor, supplier, partner, customer or colleague. Hugs have become part of Ted Baker’s culture, but are absolutely not insisted upon.”

Mr. Kelvin named his business after a fictitious alter ego and over three decades built it into one of Britain’s best-known fashion brands. In the process, he became one of Britain’s most successful, and most eccentric, retail tycoons, worth 522 million pounds ($665 million), according to this year’s Sunday Times Rich List.

His love of hugging has been well known for some time; he has talked publicly, and regularly, about fostering “a hug culture” in his offices, and of playing matchmaker among his colleagues. He has also been known to make people who are late to meetings do push-ups. And he tries to never show his face in public.

The petition, which drew significant interest in the British news media over the weekend, is not the only problem to confront Mr. Kelvin in recent months.

In October, Ted Baker rattled investors already spooked by volatility among British retailers when it reported a drop in profit for the six months that ended Aug. 31. The company warned at the time that the second half of the year would “remain challenging.”

Mr. Kelvin is just the latest high-profile fashion industry leader to face public accusations of inappropriate behavior amid a widespread revaluation of workplace culture prompted by the #MeToo movement.

In October, it emerged that Philip Green, the British billionaire who is the chairman of Arcadia Group, the retail company whose brands include Topshop, Topman and Miss Selfridge, had used nondisclosure agreements to silence five former employees who had accused him of sexual harassment and racist abuse.

In March, Paul Marciano, a founder of Guess, said he was temporarily relinquishing his day-to-day role at the company after the model Kate Upton accused him of groping, harassment, intimidation and firing her from jobs.

FacebookshareGoogle+sharePinterestpin it
How Beyonce’s Global Citizen Outfits Celebrated the Diversity of AfricaOn the Runway: The Versace Safety-Pin Dress Is Back
Latest