Q & A: The Travels of Tony Shalhoub, From Paris to Austin 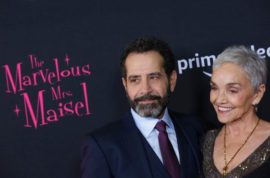 It was a trip gone awry that brought Tony Shalhoub his first Tony Award last season, for best performance by a leading actor in a musical. In “The Band’s Visit,” Mr. Shalhoub played the leader of an Arab military band that inadvertently ends up stranded in a small, isolated Israeli town and not the more cultured city it was supposed to travel to for a concert performance. (The fact that one was named Petah Tikva and the other Bet Hatikva — “with a B» — might explain the confusion.)

More recently, Mr. Shalhoub, a three-time Emmy winner for USA Network’s detective procedural series “Monk” (2002-2009), and a nominee this year for his work on “The Marvelous Mrs. Maisel,” was in Paris, where some of the scenes for Season 2 of that Amazon series were filmed. (That second season just began streaming.)

When he travels — whether for work or on vacation with his wife, the actress Brooke Adams, — Mr. Shalhoub say he wants to immerse himself in the experience, whether it is exploring art in Venice, ruins in Lebanon or glaciers in Iceland. Which isn’t to say that he isn’t content to just unwind. “I’m always happy if there’s a gorgeous beach involved,” he says. “ I have to say, the most extraordinary ones were in Tahiti. The color of the water, the feel of the water, the temperature of the water — it was so unlike anything I’ve ever experienced.”

In a recent email exchange and a follow-up conversation, Mr. Shalhoub revealed some of his most memorable trips, his soft spot for Texas-style ribs, and why he’s over hotels.

When you travel, are you looking for adventure, relaxation, culture — all three?

When I take a break I’m looking for a little bit of everything. Everything except crowds. And great food! Oh, and museums reflecting the local culture. Recently, when we were in Lebanon we went to Baalbek, where there are Roman ruins. A guide told us that a Roman temple was built on top of a Greek temple — the Greeks had been there before the Romans — and before that the Greeks built on top of a Phoenician temple. This notion of all of this labor and all of this time and all of this artistry crammed into one place, it was extraordinary. 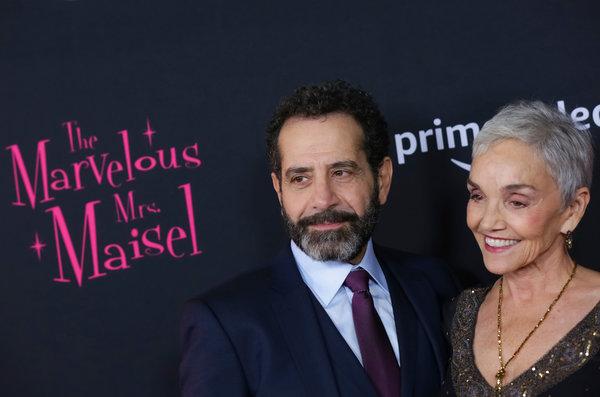 Do you sleep on the plane? Read? Watch movies?

Typically, I sleep on short flights. Often I’m “out” before takeoff. On longer flights I like to read a lot, do the crossword, watch films, play video poker or backgammon. And sleep (but only before takeoff).

Are there certain things you always take with you?

I always wear slip-ons. Uggs. Never shoes with laces! And I try to remember to bring along some Airborne or Emergen-C. And toothpicks. And earplugs. And a sleep mask. And a book or script. And good headphones. And a pen for crossword puzzles. Oh, and my wife.

Checked luggage or carry on?

Carry-on. But only if it’s a direct flight.

What have been your favorite trips?

Well, Scotland is remarkable. Edinburgh, the Highlands, the Isle of Skye. Breathtaking. And, of course, hearing that fabulous Scottish brogue everywhere: lovely! Most recently we visited Lebanon — where my father was from — and it was unlike anything I’ve ever seen. (I want to go back for a much longer stay.) Just before that I was filming in Paris, to me the greatest city on earth. Nothing that’s been said or written or painted or documented or sung about Paris can ever truly do it justice. When I’m there I feel like I’m walking around inside a beautiful painting.

Tony Shalhoub accepting the 2018 Tony Award for leading actor in a musical for his performance in “The Band’s Visit.”CreditMichael Zorn/Invision

Lately, we opt for Airbnb-style apartments, rather than hotels, whenever possible. We were in Venice five years ago, during the Biennale, and the available hotels weren’t what we were looking for. And so we found a site, Views on Venice; they had extraordinary apartments right in the area we wanted to be. We found we had extra room, we had a kitchen, we had privacy. When we were shooting in Paris for “Maisel,” we were offered a hotel but we found an apartment in the Marais district. And it was just heavenly. Guests came from the States and stayed with us; we had three bedrooms. Way more space and convenience than we could get in a hotel.

When you were shooting “The Marvelous Mrs. Maisel” in Paris, did you have a favorite local restaurant?

We went to a place not far from where we were staying called the St. Regis Cafe, a breakfast and lunch place: perfection.

Where do you want to go that you haven’t gone yet?

Cuba. I’ve always been curious about it. And I love the idea that it might just be a bit like traveling back in time.

Have any places really surprised you?

As a family, we found Iceland totally surprising. The scenery and topography changes radically every time you turn a corner. We did a five-day trek on horseback.

Is there somewhere you went, for work, that you found unexpectedly interesting?

A number of years ago I had the chance to film in Austin, Tex. And I discovered that it’s definitely a place I could happily spend the rest of my life. The music! The young people! The ribs! There’s a lot to love.

FacebookshareGoogle+sharePinterestpin it
What to Cook: The Most Popular Recipes of 2018Bowel endometriosis: What to know
Latest