‘Psychic’ Who Promised to Lift Curse Gets Prison Time 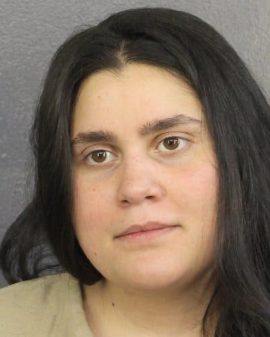 She was a 27-year-old medical student in 2007, suffering from depression and going through hard times, when a self-proclaimed spiritual counselor approached her at a mall in Houston with the promise of supernatural help. The student, looking for an answer, agreed to a psychic reading.

The purported psychic said her name was Jacklyn Miller and told the student that her mental problems stemmed from a curse that had killed her mother.

The student met with the psychic, whose real name is Sherry Tina Uwanawich, several times a week and, for years, paid large sums of money for meditation materials, including crystals and candles, in order to lift the curse and protect her family.

Over a decade later, the psychic was charged with three counts of wire fraud, one of which she pleaded guilty to in June as part of an agreement with prosecutors.

On Friday, Ms. Uwanawich, 28, appeared in federal court in West Palm Beach, Fla., and was sentenced to pay $1.6 million in restitution and serve 40 months in prison.

Ms. Uwanawich claimed she had “God-given powers” and could communicate with the spirit world, according to court documents. She said a witch in South America, where the student’s family was from, had cursed the student’s mother before she died.

The student, who remained anonymous in court documents, took out student loans and worked extra hours at a nightclub to pay for the removal of the family curse. Soon, Ms. Uwanawich demanded gift cards, clothing and a leased automobile, court documents said. Eventually, the student gave the psychic hundreds of thousands of dollars from an inheritance she received after her father’s death.

When Ms. Uwanawich moved to South Florida in 2008, the student would deposit money into her bank accounts, according to court documents. Over the course of seven years, the student paid between $550,000 and $1.5 million.

In 2014, when the student was visiting Ms. Uwanawich in Florida, Ms. Uwanawich admitted that the curse was a lie, according to court documents.

Soon after the student learned the truth, she reached out to Bob Nygaard, a retired New York police officer and private investigator who specializes in psychic fraud. Mr. Nygaard, who has helped prosecute at least 40 fortunetellers across the country, compiled a case for the student and took it to the Broward County Sheriff’s Office in Florida, he said.

It sat there for years until the Federal Bureau of Investigation, which he had worked with before, contacted him for advice on a different psychic fraud case, Mr. Nygaard said. When he mentioned the medical student’s case, the F.B.I. decided to pursue it.

There is a pattern among these cases, Mr. Nygaard said.

“They isolate the victim from friends and family,” he said. “Then they exacerbate already existing fears, usually related to love, money or health. Then they say they’re the only one that can help.”

Mr. Nygaard, who doesn’t believe in psychic capabilities, said these cases were not about proving whether a person actually had supernatural abilities. He said he looked for false promises and misrepresentations that can be prosecuted.

“I give her a lot of credit because she’s very brave and strong for wanting to come forward,” Mr. Nygaard said of the student. “It’s very difficult when someone pretends to be your confidante and then they pull the emotional rug out from under you.”

Ms. Uwanawich claims she was born into “Gypsy culture” and forced by her family into being a fortuneteller who would contribute all funds to the “Gypsy family,” according to court documents. She also said that her “Gypsy husband” would physically assault her if she did not swindle money for him.

After Ms. Uwanawich came clean, she told the student that they should write a book together, but the student would have to pay $30,000 to write it, Mr. Nygaard said. Ms. Uwanawich said she would be able to repay the student once the book made $30 million in revenue, he added.

“I go around all the country and deal with these confidence crimes and get police to take these crimes seriously,” said Mr. Nygaard, who added that he was currently investigating 40 other cases. “Don’t look down on the victim. Credit the con.”