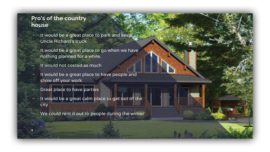 Makennah Gatica, who is in eighth grade in Lubbock, Tex., knows exactly what she wants for Christmas: record albums, Puma sneakers, posters and slippers, all relating to her love of BTS, the South Korean boy band.

To convince her mother to buy some of these items, Makennah, who is 13, created an 85-slide PowerPoint presentation.

The slide show begins with a visual explainer of the K-pop music genre: images of the musicians making silly faces and an embedded video of them that Makennah has labeled “iCoNiC.” The demonstration next zeros in on coveted items of “BTS murch” (meaning, obviously, merchandise). Slide 17 reveals a publicity photo of the seven male band members, with an overlaid caption Makennah wrote that says, “I’m going to give you a list of things I would have an enormous amount of gratitude for :)”

Rather than just emailing the document, she delivered its contents in person, standing before her mother to make the full audiovisual pitch. “I like to add music and do my own intros and stuff,” Makennah said.

For children growing up in a world where personal relationships are often maintained and managed through digital products, sometimes convincing parents to do stuff is most easily achieved with the help of a PowerPoint presentation. School projects routinely call for students to create and display slide shows, so they’re comfortable with the technology. And maybe parents are amused, and more open to saying yes, when seeing their children doing the ho-hum, middle-aged task of calling a meeting to show off a deck, as working stiffs like to say. 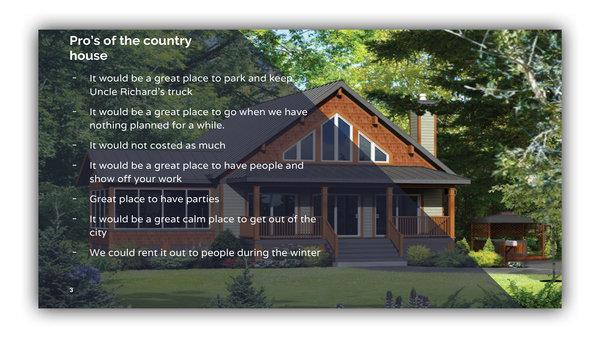 Though some presentations are made with Google Slides or Apple’s Keynote, PowerPoint also seems to be the dominant tool, creating yet another instance for young people to embrace a Microsoft product (the company also owns Minecraft and Xbox).

The children say that their polished presentations serve a few purposes. They convey to parents that what is being asked for really matters. They also let them make an entire case without being interrupted by a parent’s quick “no.” “With a PowerPoint it was a little bit more impactful because they could see the amount of effort and work I put into it instead of just my usual begging,” said Lucy Frisch, 14, an equestrian from New York who made a presentation a few years ago to ask her parents to buy her a horse.

She did not manage to close the deal. Still, her presentation showed to her parents that Lucy’s interest in riding was not fleeting, and convinced her father that the family should commit as many resources as possible to her riding.

How to Get a Puppy

A key strategy is to be prepared in advance with answers to your parents’ objections, said Cade Collins, 14, from Maryville, Tenn.

On the occasion of his brother Luke’s birthday last year, Cade sat his parents in their living room, turned down the lights, streamed some soft jazz, lit a candles and dressed in a T-shirt with a picture of a puppy on it. Then he unleashed upon his parents a PowerPoint pressure-tation entitled, “Reasons Why We Need to get a Wing Pup.” The family already had a dog, Cooper, age 10, whom the family had nicknamed “the Wing.” But Luke wanted a duck-hunting dog and relatives were offering a black Labrador from a new litter.

The boys’ parents, Vallie and Steve Collins, didn’t want a puppy to distract the boys from their responsibility of walking and picking up after Cooper. Plus, they were trying to sell their house and they didn’t think it was smart to take on a needy, messy new pet.

In a slide that he headlined “I Know What Your Thinking,” Cade wrote, “I’ve heard it from you mom, ‘We would but there is just too much stress with moving houses.’ Well, boy do I have an answer for you. Studies have shown that when petting a dog your body releases a number of ‘feel good’ hormones, such as serotonin, prolactin and oxytocin. There for releasing stress.” (He meant “you’re” and “they’re” but that’s not the point here.)

“Coopers years are numbered and he is slowing down, but a younger energetic presence wouldn’t hurt and may improve his lifestyle,” he added. (See slide four, “Lets Face It.”)

What did Mr. and Ms. Collins say? What do you think?

But before Willie joined the family (they named the new dog after Willie Nelson!), the boys had to sign a contract promising that they would clean up accidents, monitor the pup’s furniture-chewing and keep him fed and groomed. “We replied to the PowerPoint with our own official documents,” said Ms. Collins.

One Direction (to Success)

It’s not just about getting parents to spring for new sneakers and animals.

Makennah of Lubbock has also used PowerPoint for more quotidian request: to convince her mom to let her wear a little makeup. “I’m quick to be convinced by her,” said Marla Castro, her mother. “She has me dumbfounded a lot.”

Also sometimes young people simply want their parents’ blessing. Last Christmas, Maria Stopenski, then 19, had bought a ticket to a meet-and-greet with Niall Horan, the singer famous for being in the boy band One Direction. Ms. Stopenski, who attends the University of Pittsburgh and whose family lives in Pittsburgh, didn’t want money from her parents for the ticket. She wanted their O.K. Her parents weren’t thrilled about her driving all the way to North Carolina for the event — and she didn’t feeling comfortable going without their permission. “I needed them to see how dedicated I am. So I said, ‘Mom, if I make a PowerPoint will you let me go?’ she said.

“Sure, make a PowerPoint and we’ll see,” her mother said.

A few days later, Ms. Stopenski set up a life-size cutout of Mr. Horan and hooked her laptop to the family’s living-room TV. She devoted a few slides to explaining the appeal of Mr. Horan, just in case it wasn’t readily apparent to her parents: “He is 5’9” so basically he is the perfect height for me” and “He loves golf,” one said. “He sings good” and “I like his brown hair more than his blonde hair,” said another. She explained how much the travel, hotel and concert would cost and how she had budgeted to keep costs low.

One of the final slides included a photograph of Mr. Horan, applauding in an audience. Ms. Stopenski’s caption said, “Niall is clapping in this picture because he is so impressed at how dedicated I am to him.”

This year she wants to go to Toronto to see Shawn Mendes. “Do you want me to make a PowerPoint? Because I will,” Ms. Stopenski asked her mother.

“I don’t think that will be necessary,” her mom said.

Ask for the Right Things

For some, the process of creating and delivering a presentation is less about dazzling parents than crystallizing for their own selves how strongly they want something. Last month, Dwayne Neff, 17, a high-school senior in Park Forest, Ill., set up a time to meet with his parents and had his PowerPoint on the TV screen when they came into the living room. He needed $250 to buy a ticket to the Travis Scott concert. Dwayne thought if he simply asked for the money, his parents would say no before he got the words out. Thanks to his slide show, Dwayne, an aspiring musical artist, was able to make his argument. 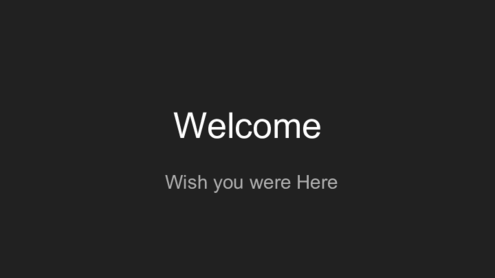 “Travis Scott is my favorite artist and makes my favorite music and pushes me to be better musically,” said one slide. In another, Dwayne laid out his financial realities (“I cut grass today which gives me $120 that’s all I have to offer it’s not much but it’s a try”) and highlighted his improving report card (“Last week it was an F in Math now were looking at an 81% and I only got two questions wrong on last quiz”).

After, “they even told me that if I had just asked, they would say ‘no’ but that they would see what they could do because I put in time and effort,” he said.

“We don’t always take him seriously, because his approach to things sometimes can be somewhat colorful,” Dwayne’s mother, Stephanie Neff, wrote in an email.

She and her husband did decide against giving the $250, but Dwayne, pumped up by his PowerPoint, sold his PlayStations and attended Mr. Scott’s performance last week. “It was everything I needed to give me the inspiration to continue following my musical dreams,” he said.

Charlie Regan, 10, used a Google Slides presentation to be relieved of an activity. Charlie really wanted to quit soccer. So she sat her parents down and delivered an argument why she should be allowed to stop after the season’s end. “I knew that if I just wrote it one a regular piece of paper, I couldn’t do as much as I could with a computer,” said Charlie, who is in fifth grade. 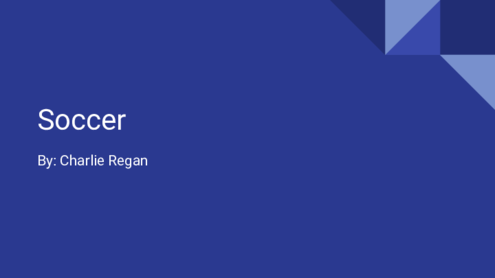 “It totally took us by surprise and we agreed with her reasoning,” said her father, Patrick Regan.

Then Charlie’s older brother, Cash, who is 14 and had seen his sister’s success with the soccer matter, suggested that the two of them create another presentation. This one was aimed to convince their parents to buy a house in the country.

In their pitch, titled “Paradise,” the children wrote, “Don’t get us wrong we love summer and the things we do and the places we visit. But there are definitely room for improvement.”

Against the backdrop of stock images of log cabins and other buildings they found doing a Google image search for “small country house,” the Regan kids laid out the case to splurge on a vacation home. Their reasons included, “We could go camping right outside our house” and “It would be a great place to park and keep Uncle Richard’s truck.”

“It didn’t work as well as it did with my soccer idea,” Charlie said.

FacebookshareGoogle+sharePinterestpin it
Australia Fare: The Delicious Diversity of Australian Christmas CookingFrugal Traveler: 9 Things You Should Know Before You Go to India
Latest