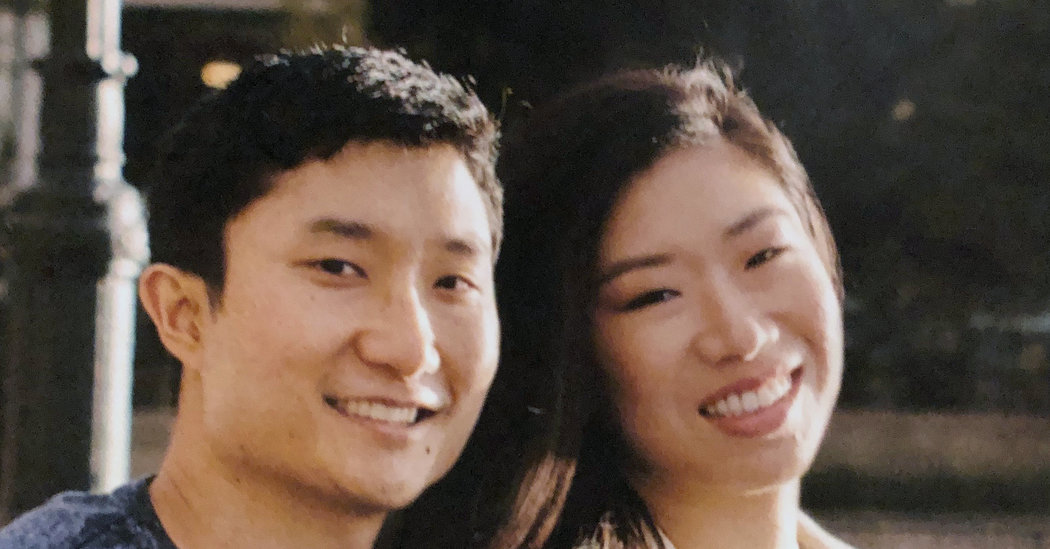 Patricia Pan and Terence Lin were married July 12 at Solage, a resort in Calistoga, Calif. Thomas Lin, the groom’s father who became a deputy marriage commissioner for the occasion, officiated.

Ms. Pan, 35, is a manager of sales strategy and client development at Tiffany & Company in New York. She graduated from the University of Pennsylvania and received an M.B.A. from Northwestern.

She is a daughter of Mary Pan and Shuhshen Pan of Morganville, N.J. The bride’s parents, who are retired, worked in Middletown, N.J. as computer engineers for AT&T.

He is the son of Amy Lin and Thomas Lin of Chandler, Ariz. The groom’s mother worked as a librarian in Cypress, Calif., before becoming a stay-at-home parent. His father, who is retired, worked in New York as a research and development program manager at Chubb Limited, a property and casualty insurance company based in Warren, N.J.

The couple first met as teenagers in 1999 while attending the same church in New Jersey. The pair dated on and off in New York from 2007 to 2010 before Ms. Pan left for business school. In June 2015, Ms. Pan started her current job at Tiffany, where her hiring manager happened to be a close friend of Mr. Lin’s from Columbia. Ms. Pan and Mr. Lin reconnected in fall 2015, and started dating again.