Off the Menu: Thomas Keller Opens Another Napa Valley Spot. This Time, It’s a Taqueria. 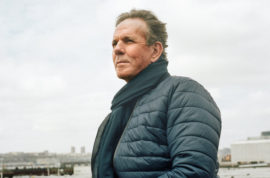 Thomas Keller, the world-famous chef and restaurateur, is adding to his busy portfolio in Yountville, Calif., in the Napa Valley with a casual taqueria. He had the opportunity to take over a local fixture, Hurley’s restaurant, when its owner decided to retire. “It’s a beautiful location,” Mr. Keller said. “But I didn’t know what to do with it, so I thought about what the town needed.” Yountville already had Italian, French and American restaurants, including Mr. Keller’s French Laundry, but Asian and Mexican were missing. He decided on Mexican, a cuisine he has never explored, and contacted Susana Trilling, a food writer who has a cooking school and inn in Oaxaca, Mexico. It turned out that her son, Kaelin Ulrich Trilling, who was born and raised in Oaxaca, was a chef and had even been doing consulting in New York. “We saw eye-to-eye,” Mr. Keller said. Mr. Trilling, 26, got the job and traveled throughout Mexico before opening the restaurant. Though his menu is fairly simple, it includes various regional specialties, like an assortment of moles, often made from chiles and spices imported from Mexico. Tortillas are made from corn ground and nixtamalized in-house. “We’re making them by hand; we expect to hand-press 700 to 800 a day,” he said. Tacos feature braised short-rib barbacoa, roasted pork “al pastor” and slow-cooked pork carnitas. Marinated wood-grilled fish and wood-grilled skirt steak are also offered. The restaurant is decorated with pieces from Mexican artisans. “We have to respect the traditions,” Mr. Trilling said. The name is that of a celebratory parade and feast frequently held in Oaxaca. (Opens Dec. 30)

From the day it opened in 2013, the Dead Rabbit, an award-winning bar with a brogue, has been a sardine can. Now, the founders and managing partners, Jack McGarry and Sean Muldoon, and their partners have taken over some floors in an adjacent building and are using its ground floor to more than double the size of the popular taproom. So now it’s maybe more like two sardine cans. There are additional stools and elbow room at a long bar, several counters and some tables, including two enclosed booths for eight to 10 called “snugs.” The second-floor parlor, a somewhat Victorian-looking pub serving elaborate cocktails, is also extending into the new building but will not open for about eight weeks. The expansion has permitted the owners to renovate and enlarge the kitchen, so they are adding dishes like steak and fries, fish sandwiches and chicken curry.

It has been a little more than a year since this restaurant was opened by the chef Jean-Louis Dumonet, who has not been in the kitchen of a New York restaurant for quite some time (he was at a private club), and his wife, Karen Dumonet. It will close at the end of Sunday. Mr. Dumonet is being lured away by a new career prospect that he’s calling too good to refuse. Details will be announced early next year, he said.

More about the featured restaurants and restaurateurs
Thomas Keller, an Exacting Chef at a Crossroads 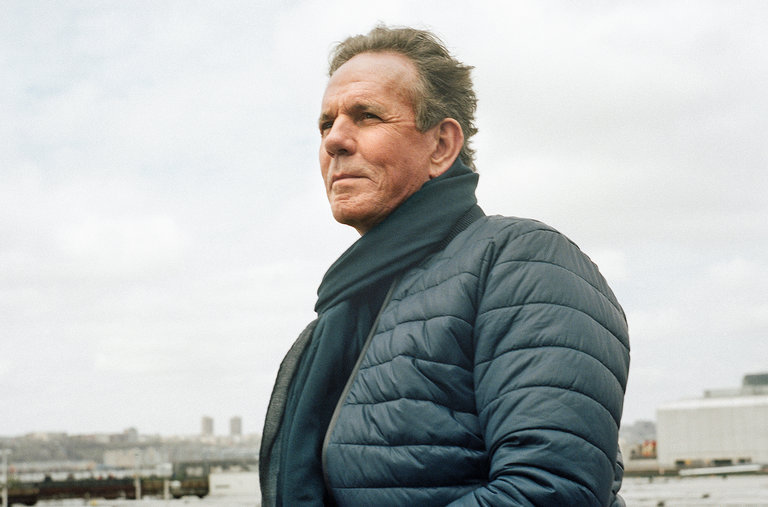 The Gang’s All Here, at Least in Spirits 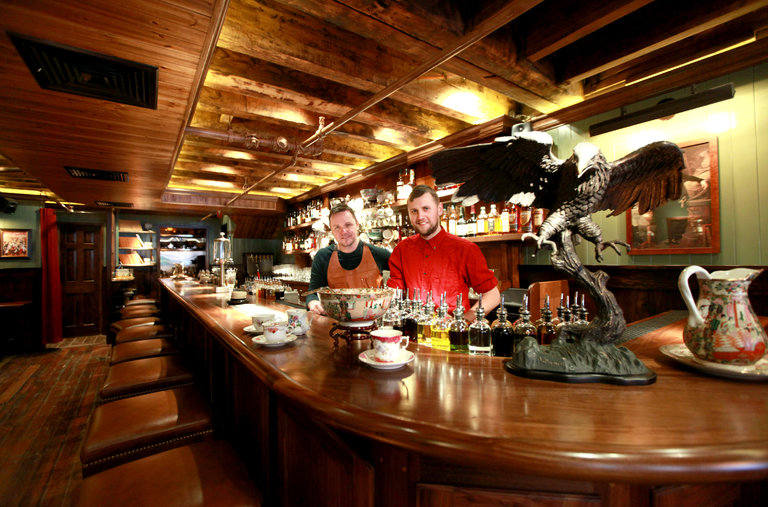 FacebookshareGoogle+sharePinterestpin it
Russian New Year’s Eve: Christmas, the Fourth of July and Thanksgiving, All Rolled Into OneA Peek at Your New Plate: How You’ll Be Eating in 2019
Latest