Off the Menu: Barca, Seafood With a View, Opens on Staten Island 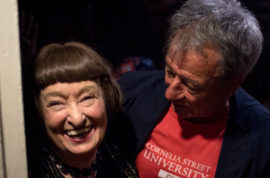 This sleek seafood destination on Staten Island, with waterfront views that take in the sweep of the Verrazzano-Narrows Bridge is the latest from the restaurateur Victor Rallo. It’s directly across the street from his restaurant Surf, which, despite its name, is more about turf, and has a sibling for barbecue in Rumson, N.J. Mr. Rallo’s partner in the new venture is Dave Pasternack, the executive chef and an owner of Esca, the long-running Italian seafood magnet in Manhattan. So it comes as no surprise that Mr. Rallo’s executive chef is Katie O’Donnell, who was a chef de cuisine at Esca several years ago. Offerings like a crudo tasting, spicy spaghetti with lobster, and Sicilian-style fish stew with sea urchin and crab meat echo some of Esca’s specialties. But there are also baked clams with pancetta, swordfish Milanese-style, a chicken breast and a pork chop. The restaurant, with windows all around, features blue accents and glass. It has a dramatically backlit wall of mostly Italian wines, white marble tabletops and some industrial touches. (Opens Wednesday)

Technically, it’s still fall. So Yen Vo and her husband, the chef Jimmy Ly, who had spoken of an autumn opening, are opening this restaurant just under the wire. Here, the couple who own the nearby Madame Vo offer Vietnamese barbecue, which they call “more fun and interactive,” with burners on the tables for servers to apply that final sizzle to the food. The menu, which doesn’t duplicate any dishes from Madame Vo, includes beef wrapped around onions and skewered, ground Wagyu in betel leaves, Berkshire pork meatballs and five-spice beef tongue, all to be seared at the table then wrapped in softened rice paper, lettuce, rice vermicelli, pineapple, chiles and other accouterments. Some grilled items like giant freshwater prawns, oysters with uni mayonnaise and charred uni with beurre blanc and fish sauce are grilled in the kitchen. Ms. Vo recommends warming bowls of oxtail congee as a finale. There’s a seven-course “feast” for $59. The room, on a windowed corner, is done in blue, with tropical touches and a bright mural. (Wednesday)

The owners of Fish Cheeks, a Thai restaurant in NoHo, have opened this food-hall offshoot in Brooklyn. Its focus is the food of the northeastern Thai region of Isan, where no one is shy with the chiles. The chef is Ohm Suansilphong, also a partner in Fish Cheeks. Barbecued chicken, skewered as in Isan, is the signature. Fried chicken wings, sour-cured pork riblet, and the inevitable papaya salad are also on the menu at the new stall.

After 41 years as a West Village staple anchoring a small food-focused street, this cafe and club will close at the end of Jan. 2. It’s the old rent-increase story. The cafe opened when Murray’s Cheese was still on the corner but predated Pó, Mario Batali’s restaurant debut. The ground-floor cafe, an “all-day” spot before the term gained in popularity, offered a brief menu, since the kitchen consisted of a toaster oven and a cappuccino machine. The restaurant expanded in 1981, and a full dinner menu was added. The downstairs was a performance space that became an incubator and showcase for musicians, comedians, artists, intellectuals and others. “There has been an outpouring of sentiment over this,” said the owner, Robin Hirsch, adding that, at 76, he is not ready to retire.

The chef Marc Forgione, who has several Manhattan restaurants, is embarking on this project with his father, Larry Forgione, one of the trailblazers of American food. It will be a big Italian-Mediterranean place in the former Spice Market space in the meatpacking district. For the past several years, Larry Forgione has been working at the Culinary Institute of America’s Napa Valley campus as the director of American food studies and the farm-to-table program. He will move east and be a consultant for the new restaurant. The restaurant is also a partnership with the club-oriented Butter Group. It will be installed in the lower level of the two-story space and is being designed by Roy Nachum; a Dean & DeLuca store will occupy the ground floor. The restaurant will feature cooking on custom-made wood-burning grills and ovens. Pizzas made with ancient grains will be a specialty. The restaurant is named for Davide Sorrenti, a young fashion photographer who died in 1997, and is to open in the spring. 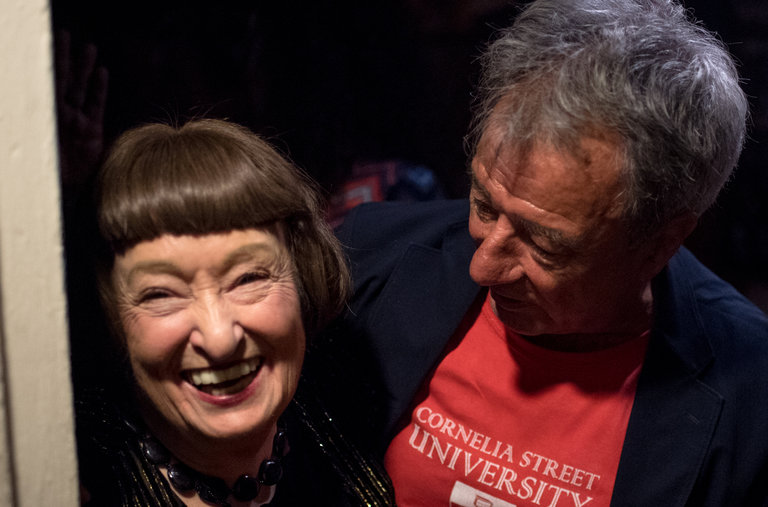 FacebookshareGoogle+sharePinterestpin it
Nearly 40,000 People Died From Guns in U.S. Last Year, Highest in 50 YearsMedical News Today: How can I balance my hormones?
Latest