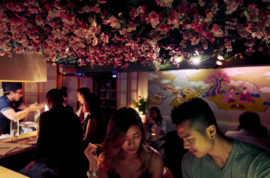 This intimate new Greenwich Village spot takes its name from the Shakespearean forest, and it stands to reason that greens, grays and natural wood would play a major role in its décor. Less obvious but certainly of the moment is a menu featuring small-batch ingredients, sometimes from the nearby Greenmarket, in dishes like pickled beets with goat cheese and watercress, white asparagus with Ibérico ham, risotto with morels and arugula, Sasso chicken with asparagus and endives, and crème brûlée with dulce de leche. Larger-format dishes, like duck, fish and a slab of Wagyu rib-eye, are also served. Tasting menus for $85 will soon be served at a six-seat counter facing the open kitchen. The chefs and owners, Ryan Lory, 30, and Adam Bordonaro, 35, both worked at Fig & Olive and for Charlie Palmer Group and have been cooking together since 2014. They’re first-time restaurateurs who also built the restaurant themselves. Here, they’re in good company, opening on a block that is increasingly lined with worthwhile places to eat. (Opens Friday)

The highly anticipated New York outpost of the Chicago burger magnet has opened. It’s tucked into Cortlandt Alley in TriBeCa. The owner, Brendan Sodikoff, also brought his Chicago prime-rib restaurant to New York, as 4 Charles in the West Village. Au Cheval’s signature cheeseburger is a couple of griddled patties that come laden with American cheese, pickles and a mustard sauce. True to the restaurant’s name, a French term that refers to having a fried egg on top, an egg is also available, as is bacon. Diner-style comfort foods include chopped chicken livers, matzo ball soup, honey-fried chicken and fries with Mornay sauce and that egg. The setting is more tavern than diner, and reservations are not accepted.

Tastes of the Mediterranean, and especially Turkey, are to be served at this Upper West Side newcomer from Huseyin Ozer, who owns Bodrum NYC farther uptown, and Berna Erbilgin Gundogdu. They bill it as being brasserie-style. It has a bar, a dining room and a garden, all enlivened with Turkish touches like ikat textiles. The chef, Met Kaba, makes use of a ceramic oven for flatbreads, including lahmajun topped with minced meat. Other dishes, in portions meant for sharing, include sun-dried eggplant stuffed with pilaf, quinoa hummus salad, zucchini fritters, eriste pasta with lamb in a brown butter-yogurt sauce, and a freekeh risotto with vegetables. (Wednesday)

The name means butter in Danish, and it’s also short for Denmark’s smorrebrod open-face sandwiches. Two young Danish natives, Sebastian Perez and Sebastian Bangsgaard, have opened this compact but bright and airy spot for Nordic fare. Both will be in the kitchen, though Mr. Perez’s background is business, not cooking. Mr. Bangsgaard is a trained chef. Among the smorrebrod are curried herring with egg, chicken salad with bacon and pickled shallots, and roasted potatoes with tarragon aioli. Grain bowls, smoked fish dishes, toasts and Danish pancakes are also on the menu.

Ariel Arce, who owns Air’s Champagne Parlor and Tokyo Record Bar in the West Village, has added this 25-seat wine bar in SoHo to her portfolio. It’s more regimented than most wine bars, with tastings ($40) led by guest wine professionals, including importers and sommeliers, starting at 6 and 8 p.m. Food pairings, also $40, to match the nightly wine theme are available. The chef is Zach Fabian.

The Japanese vegetarian restaurant Kajitsu has a ground-floor area that isn’t vegetarian. Next week, it’s going to become an unagi (freshwater eel) pop-up, where Kunio Yamaoka, the third-generation owner of Okuniya, an eel restaurant in the Nishiki Market in Kyoto, will prepare eels that are being flown in. He’ll grill them over charcoal in traditional fashion with a special unagi sauce. The eels will be served March 14 to 16 for dinner, and March 15 to 17 for lunch, $20 to $65.

On the heels of opening Westville Bakery, at 433 East Ninth Street (First Avenue), the chain of American restaurants is adding a seventh location for sandwiches, salads, burgers and more substantial plates. (Friday)

Alvin Cailan, the engine driving the popular Eggslut in Los Angeles and the Usual in New York, is planning a second Manhattan restaurant this summer, not far from the Usual. The food will draw from his Filipino background and involve family recipes. He has named the restaurant after what his grandmother and her friends used to call him, “a term for American-born Filipinos,” he said.

A branch of the venerable tea room known for its rich hot chocolate on the Rue de Rivoli, opposite the Tuileries Garden, is to open in Manhattan late this year. It will be on the ground floor of a new luxury apartment building in the Bryant Park area, a neighborhood that has become quite a food hub; plans call for a cafe, tea room and retail shop. Angelina, which has locations in the Middle East and Asia, as well as many in Paris, was founded in 1903 by an Austrian confectioner, Antoine Rumpelmayer, a name that might be familiar to New Yorkers. He established a popular dessert cafe, Rumpelmayer’s, in the St. Moritz hotel on Central Park South. It was also famed for its hot chocolate.

The word means “why not?” in Hebrew, and it will be the name of a new restaurant to open June 1 in the Arlo NoMad hotel, replacing Massoni, which closes at the end of May. The food will be Israeli. It will be run by Gadi Peleg, who owns the Breads Bakeries in Manhattan. In the hotel, he will also open Barlo, a bar and lounge on the second floor; Swinglo, a music venue opening in the fall; and Hilo, a rooftop lounge.

This series of dinners, held in various cities since the founding of Steinbeisser, an Amsterdam nonprofit that promotes artists and chefs, will hold its first New York event on May 18 and 19 at 6:30 p.m. It will feature nine-course vegan tasting menus prepared by the chefs Niki Nakayama of n/naka in Los Angeles, Emma Bengtsson of Aquavit in New York, Kamilla Seidler of Gustu in La Paz, Bolivia, and Elise Kornack, who owned Take Root in Brooklyn. A group of 15 artists will create custom dishes and cutlery. The dinners are in partnership with the James Beard Foundation, and a portion of the proceeds will be donated to the foundation’s women’s leadership programs.

The events surrounding the wine expert Daniel Johnnes’s La Paulée program usually sell out in minutes. But there are still seats for a multicourse lunch, featuring the great Burgundies of Domaine Henri Gouges, at the Modern on Thursday at noon. More than a dozen wines dating back to 1985 will be poured.

This creative chef, who just completed a residency at Racines NY in TriBeCa, is the next guest chef at Chefs Club, starting a two-month stint in the kitchen on March 12.

Mr. Barroso, the chef and owner of Restaurante 040 in Santiago, Chile, will replace Gregory Marchand of Frenchie in Paris and London, who has been the chef-in-residence at Intersect by Lexus since it opened in November in the meatpacking district. The new chef will start next month. He will feature mostly small plates, served kaiseki-style from a changing roster of inventive Latino dishes that will be presented without silverware and often set out on beds of hay or seashells. There will be a six-course tasting menu at lunch. The restaurant’s bar area will become Room 09, a speakeasy-style bar run by Raul Esteban Yañez Campos, a partner in the restaurant.

This Atera spinoff, a wine bar serving contemporary American fare with a Nordic touch, will open later this year.

Michelin has announced that it plans to publish a new guide to restaurants that covers the entire state of California. Though the company has long issued guides to various countries, this is its first American statewide guide. Previously, for California, Michelin issued only a guide for San Francisco and the wine country. This new guide will also include Los Angeles, Monterey, Orange County, Sacramento, Santa Barbara and San Diego. The star ratings for these new areas, along with San Francisco and the wine country, will be announced when the guide is published this summer. 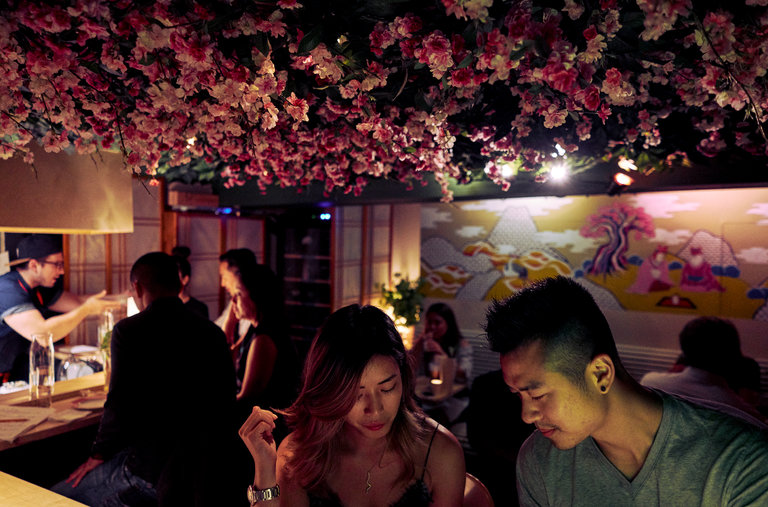 How Alvin Cailan, Chef and Restaurateur, Spends His Sundays 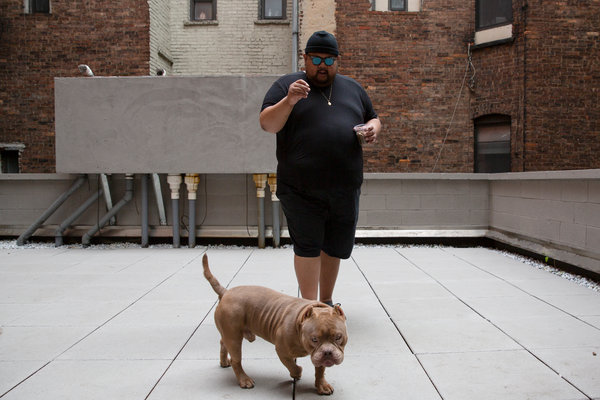 FacebookshareGoogle+sharePinterestpin it
Modern Love: Tiny Love Stories: ‘Would We Ever Be Together Again?’Skin Deep: Seasonal Color Loss Is Real. Do You Have It? Can You Fix It?
Latest